1 Tip For Pushing Through a Comedy Career’s Thankless Years 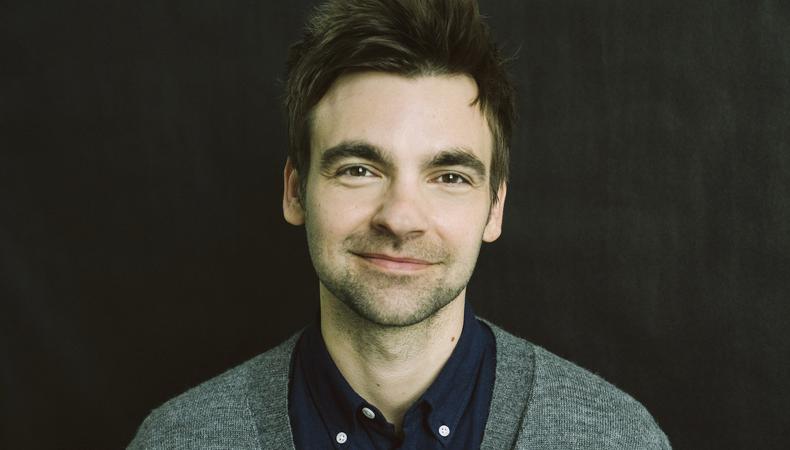 It didn’t take a stretch of the imagination for Drew Tarver to tap into Cary, the down-and-out, struggling actor he plays on Comedy Central’s “The Other Two.” From the minds of “Saturday Night Live” vets Chris Kelly and Sarah Schneider, the series follows Cary and his sister Brooke, a floundering professional dancer, as their 13-year-old brother, Chase Dreams, skyrockets to overnight fame. Coming by Backstage HQ, Tarver revealed how his training at Los Angeles’ Upright Citizens Brigade influenced his debut as a leading man on scripted TV.

Like you, Tarver is not a fan of self-tapes.
“I made a self-tape [to audition for ‘The Other Two’]—I don’t know if anybody else out there has ever made a self-tape, but it’s the worst experience of my life. It’s awful. An audition is bad enough, but then you don’t have to watch the humiliation back again!”

UCB prepared him for “The Other Two.”
“They teach you at UCB to play to the top of your intelligence, [so I go] through the script with what I learned there and play it. A lot of improv is you’re either the straight man in the scene or the crazy person in the scene—you’re doing an unusual thing or you’re not. So a lot of [Cary] is straight-manning people who are being a crazier character and kind of calling them out. Occasionally I’ll be the crazy person in this show, so you learn how to play both sides of the comedy dynamic. I just need to make the comedy work; be as normal as possible or as crazy as possible.”

Improv helps him bring spontaneity to the scripted.
“There was kind of a transition to give life to something you’ve read 100 times already and you’ve done it at table reads and you know the jokes. But I think if you know the joke is so good, you’re excited to say it every time. You’re excited to film it every time, and there’s going to be slight ways you can vary up the delivery. I enjoyed doing a script and just getting handed something, because it also takes a lot of the pressure off. Some of the responsibility is taken off, and [the writers] make me look great. I’m just a mouth.”

There’s value in scaring yourself.
“Most of the best things that have happened to me have come out of moments where I was very scared, [where] I was going to be…not humiliated, but throwing myself into something, not protecting myself. Really not being afraid to dive into something that is vulnerable and makes you feel scared is where all the best things in my career have happened. Just keep doing things that scare you, is the message I would say. I get into times where I don’t want to do a scary thing for a year, so I understand not wanting to put yourself out there. But that’s the whole thing about this business: just continuing to put yourself out there.”

Keep at it and your time will come.
“At the beginning [of my career] I was cater-waitering; I was shirtless cater-waitering. It would be a job where they want a bunch of buff guys at the MAC store to hand out tuna tartare, and one of the buff guys would be sick and they’d be like, ‘Just call Drew. Put him down near the end.’ The understudy buff guy. Then, when I got to L.A., I was working on a food truck called the Green Truck, which was an organic food truck but would also park outside of bars. It’s a very interesting crowd who shows up that’s hammered drunk but also wants to make sure they’re eating organic. So I had a string of jobs, but what kept me there—because I should’ve moved home, I should have—[was I’d] just get occasional tastes of doing well with comedy, like a split second in a show where you make an audience laugh and you do well and you’re like, ‘That’s it!’ But then you go back to bombing. Then the next show, maybe you get a moment and half and you’re like, ‘Oh, there it is!’ So, I would just keep going back and just keep showing up. Because you could see the people ahead of you doing less and less bad things. I think I was just chasing after that, and eventually each weird thing I was doing was slightly less bad and now I’m on only good. There’s a moment when you’re doing, like, half terrible things, half good things. Luckily, I’m on a show now that’s just unbelievably great and everything’s awesome.”

Benjamin Lindsay
Benjamin Lindsay is managing editor at Backstage, where if you’re reading it in our magazine, he’s written or edited it first. He’s also producer and host of a number of our digital interview series, including our inaugural on-camera segment, Backstage Live.
END_OF_DOCUMENT_TOKEN_TO_BE_REPLACED