10 Actors on How to Respect Your Scene Partner 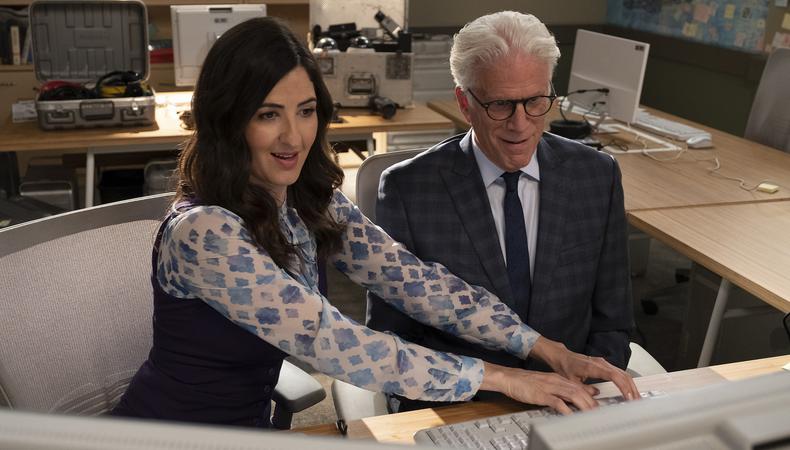 Do you know how to maintain a rhythm with your scene partner to achieve a truly great take? After absorbing all the skills in the studio and your acting classes, you might be wondering how does it really work once on set? The answer is simple: No one does it alone. The most important skill to master is listening to the other people, especially your fellow actors, because so much of your success in this business will rest on how you work with other people, from your scene partner to your director.

One of the chief joys of a life spent performing is forging unbreakable bonds with creative partners. Making personal connections and listening to each other is the magic recipe for creating memorable scenes. We’ve rounded up quotes from newcomers and industry veterans alike on how to go there with your scene partner, as well as what makes a great ensemble, and why listening produces the best acting.

J.K. Simmons on an early career essential
“The thing that I learned or that was just a part of my process from the beginning was to listen. And I mean both as an actor when you’re playing a scene and also just in life in general: Be a sponge. When you’re in a position working, or taking class, or reading scripts with a bunch of friends because no one will pay you to do it, I think listening is in many cases an under-utilized and under-developed skill.”

Glenn Close on her favorite trait in a scene partner
“I would say listen. Just the basics of you begin by listening to what the other character says and responding to it, right? And then how you listen and how you respond is something you have to figure out within the context of that character.”

Lamorne Morris on working in a big ensemble for “Game Night”
“As an actor, you go in and do your job and have fun, but when you’re working with such a big cast, the script plays a part in who’s really showing off their stuff a little bit. You can take some liberties in improvising as much as you can but it’s all about the improv skill of listening. You have to really listen to what your scene partner is saying in order to give an honest, funny reaction to it. With a large cast, there’s a lot of listening.”

Bel Powley on being in a small cast for “Lobby Hero”
“It’s so nice to be able to play with just three other cast members. There’s [less] pressure. When you’re doing a play with a huge cast, you get nervous that you’re not connected with one person but you’re connected with another person. Whereas with this, there’s just four of us. They’re such great guys [Brian Tyree Henry, Chris Evans, and Michael Cera].”

D’Arcy Carden on her co-star Ted Danson and “The Good Place”
“He is, maybe, my favorite scene partner of all time. He’s so present and giving and funny and can do it differently every single take. He’s very alive, you know what I mean? He’s a great actor and he’s a great comedic actor. His timing is impeccable and you just can’t help but learn when you’re working with him.”

He’s also just the best dude. He’s a very great friend at this point, and, I think there’s something about him, he really loves being an actor. He’s very giddy and excited and thrilled to be on set every day and talks about that a lot, which is awesome. He always says, ‘This is our job?’ He’s like, ‘Can you believe it?’ He’s like, ‘Look around. This is our job. We’re so lucky.’ Which is cool. He’s zero percent jaded, which means we certainly can’t be, so it just makes for a very good vibe on set.”

Milo Ventimiglia on supporting Mandy Moore on “This Is Us”
“I was ultimately hearing her break and fall into a million pieces. That might have been the hardest thing to film, because I had to lay still, but because I was listening to my friend crumbling. That’s just part of the job. That’s the way that it goes. You know that you can’t move, you can’t make a peep. You have to be there for your scene partner. That’s pretty much all I was focused on: I’m going to be here for Mandy. That’s pretty much our routine in general. We’re always there for one another. We made a pact of that ever since the beginning: Let’s make this couple real.”

Derek Luke on committing to presence with Katherine Langford for “13 Reasons Why”
“All I can say is there was just a very honest vulnerability that affected both of us. I appreciate Katherine as an actress being present. It doesn’t matter whether she’s young or older, she was so giving. It made the scene even more powerful. She’s so truthful. A lot of the times when I would watch her do scenes, it seems so effortless. I applaud her for that.”

De’Lon Grant on bringing a new energy to a scene as a replacement in “Come From Away”
“There’s a new kid on the block feeling that doesn’t always feel good, but what I do like about it is everyone tells you at some point, ‘You’re bringing new life to the show; I’m interacting with you in a different way.’ There’s a special element in that, like you are giving a gift to your fellow actors. Even in the reverse, last week we had two standbys on and it happens every time the standbys are on, too, because they are different people and there are different moments they get to create. You’re listening in a different way, you’re reacting in a different way. You’re present every time you do the show, but that is a new life. It’s cool to give that to other people."

Lyriq Bent on creating intimacy for Spike Lee’s “She’s Gotta Have It”
“When you’re shooting a show with a lot of intimacy, intimacy isn’t intimate. It’s uncomfortable, it’s weird, it’s awkward. It’s not always as sexy as it might come off. But when you genuinely like to work with the people you’re working with and you respect the talent, all of those intimate moments, we were allowed to dive in and play and actually give yourself to your scene partner and really have fun with it. If I experienced it on set like that, and then in post-production they do their magic, it’s gotta be a winner. All of the elements were too perfect.”