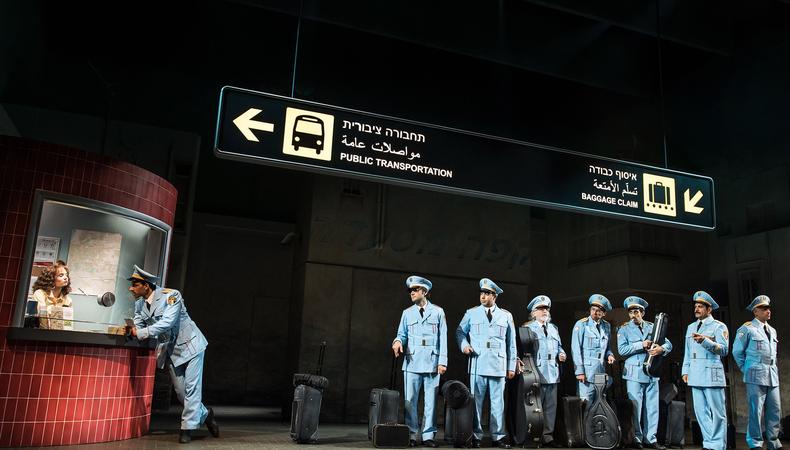 Just the thought of facing a casting director in an audition can make an actor nervous. But if there’s one thing all CDs seem to want actors to know, it’s that they are on your side. They want you to get the part. After all, landing a role is a job well done for both of you! There’s a reason you’ve been asked into their audition room, whether it’s an open call or a third callback; CDs don’t call you in by accident, especially with all the hours they log seeing actors. With that in mind, Backstage has collected acting and audition advice from 11 casting directors across theater, film, and television to serve as a handy reminder for the next time you’re prepping to hit the audition room or record a self-tape.

Their Favorite Advice for Actors
“Train, train, train. Read everything you can get your hands on and see every play you possibly can. Develop a strong sense of patience, because everything doesn’t always happen at the rate that you might wish. Think about other aspects of theater that might be exciting to do in addition to being an actor. I’m always excited to hear people say, ‘I took a year off and traveled, studied, or whatever.’ I think having a patient long view of things is a good thing for an actor. I also think being excited to travel, to go to different places to work, is a good thing.” —Tara Rubin, “The Band’s Visit”

“From the second you walk in the door, be listening. It’s easy, with nerves, to get [so] in your head and concentrate on what you were planning to do that you’re not hearing the dialogue coming beforehand. It’s a tip-off that you’re not in the right place. Also, when you walk out of a room, let it go and don’t think about it again. Your job today is to go on your auditions and be as prepared and relaxed as you can. If you don’t hear back or you don’t get it, don’t sweat it. There’s so much out of your control; all you can control is what you do in that room.” —Cami Patton, “The Long Road Home”

“Know what you are testing for—the world, the relationships, the time of day. The great failing we constantly see in the room is people having learned lines but not thought through moments, [not] exploring the nuances or tone of a piece or character so you just get generic attitudinal readings.” —Nikki Barrett, “Picnic at Hanging Rock”

“When they leave my office, actors are always going to feel some kind of way. There are a lot of other factors that go into casting a role. Don’t beat yourself up. Maybe this role wasn’t for you, but you might be right for something else. Always continue to study and take classes; you need to make sure your instrument is well-tuned. And be prepared and on time. We’re in it together; we’re a team. I want you to shine.” —Kim Coleman, “BlacKkKlansman”

“Immerse yourself in the business and craft. Every day is about your preparation. It’s embarrassing when an actor comes in and wants to be on TV but doesn’t watch television. It only takes 43 minutes to watch an episode. This isn’t 1982; your content is everywhere. If there are things you don’t understand in the sides, look them up. You would be surprised how many people come in and don’t understand what they’re saying. It’s all about prep. Actors need to be prepared when they come in.” —Mark Saks, “Madam Secretary”

READ: 7 Casting Director-Approved Tips for Getting into the Audition Room

On Being Memorable in the Audition Room
“Actors who are there to serve the piece and do the work are more exciting to me than people who are drawing attention to themselves. I admire the actors who have prepared and who understand that preparing the audition is a part of being an actor rather than a burden. When they’re excited to share what they’ve prepared with us, that’s an exciting audition. You may be cast, you may not, but I will definitely remember the great work that you did.” —Tara Rubin

“An actor with a good vibe who’s personable and easygoing is somebody who we can tell would be good on set and who would get along with others. We keep a file of headshots and résumés of actors we liked but [didn’t cast who] might be right for future projects.” —Nicole Daniels, “American Crime Story”

“When an actor comes in and shows me their perception of the character, that’s when they have an opportunity to make an impression because they are making strong, unique choices. They’re not saying, ‘I think this is what the CD wants or I think this is what the director wants.’ It’s how you see the character. It’s not just making a different choice for the sake of being different.” —Rich Delia, “Game Night”

“[I look for] the naturalism and truthfulness of what they’re doing. Some part of their performance fixes you and affects you because you believe them. It is also their research and hard work in preparing for an audition so they feel natural and intelligent and immediate because they’ve bothered to learn it properly, read the full script, and think about it. It also depends on what I’m casting. If I’m casting comedy and someone comes in and they’re very funny but they’re not right for the specific role, I’ll remember that they’re funny and that they understand how to play comedy, and I’ll get them in again for another part. I remember talent, what works, and—as much as that—what doesn’t work. If someone does three or four bad auditions or they’re not prepared, I’ll think twice about bringing them in again because I don’t want them to embarrass me or waste the director’s time.” —Rachel Freck, “Howards End”

What Not to Do
“Coming in unprepared isn’t the best recipe for success. But coming in so prepared that you can’t be flexible when given direction, even if you don’t agree with it, can also really work against you.” —Carmen Cuba, “Boy Erased”

“Waste time. You have a limited window, so make it work for you. Also, you don’t need to show your entire acting range, just what’s relevant to the material or character. Make truthful choices, not showy ones.” —Nikki Barrett

“In an initial audition with a CD, don’t have any type of physical activity unless we have discussed it and know [about it] ahead of time. If in the scene they grab my arm, that should be discussed. If there’s a scene where there’s a weapon involved, even if it’s a plastic knife or gun, if they whip it out, I think, Whoa—hold it.” —Kim Coleman

What You Should Know About CDs
“I think people are surprised that it’s so much more than an actor who seems ‘perfect’ for a role based on a character description. A huge part of my job involves being very deliberate in matching an actor to the elements of the piece—the director’s style, the budget of the piece, and the schedule are as important to me as how the actor performs in an audition.” —Carmen Cuba

“When actors work in a casting office, they learn a lot and are surprised by being on the other side. They have a better sense of how to come into a room, or that when you’re coming into the room, we want you to be good; we’re not against you. They also have a better sense of why somebody gets picked over someone else, and that it doesn’t have to do with a bad audition. Actors are surprised at what they learn from casting.” —Vickie Thomas, “On the Basis of Sex”

“We’re rooting for the actor to do well. I want actors to come in, feel comfortable, and do their best. It’s a weird process. You have to come in and be completely open and vulnerable in front of people you don’t know in a room you’ve never been in. I think some actors assume we want to embarrass them or make them feel less than, but it’s the opposite. I want them to feel as safe as possible, to do well, to see it as an opportunity to perform, act, and hopefully get some direction. It can be a fun learning experience in the office. It can be an intimidating process, but it’s not meant to be. Know we’re really rooting for you to succeed.” —David Rapaport, “Riverdale”

Elyse Roth
Elyse is a senior editor at Backstage, where she oversees all casting news and features content, including her weekly casting director Q&A series, In the Room. She came to New York from Ohio by way of Northwestern University, where she studied journalism, and now lives in Brooklyn. She might see and write about awards-worthy films, but Elyse still thinks “Legally Blonde” is a perfect movie and on any given night is probably taking in some kind of entertainment, whether it’s comedy, theater, ballet, or figuring out what show to binge next.
END_OF_DOCUMENT_TOKEN_TO_BE_REPLACED