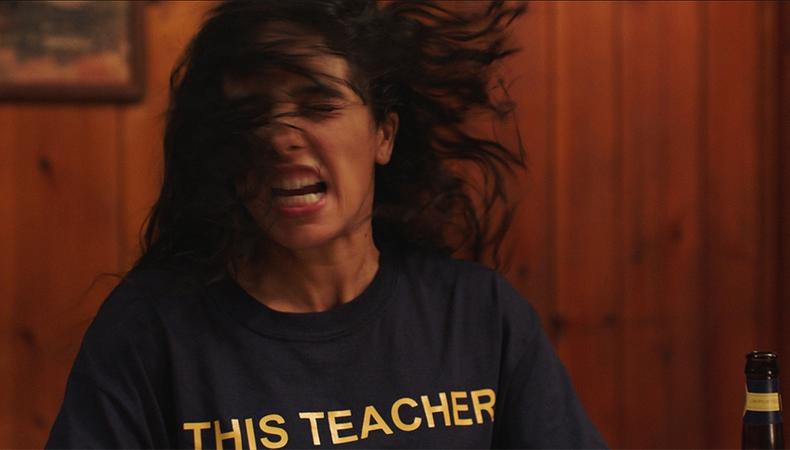 The L.A. Film Festival closed Sept. 28 after over a week of a decidedly exciting films. The 2018 festival boasted impressive statistics, with 42 percent of the 40 feature films, 41 short films, and 10 short episodic works directed by women, and 39 percent directed by people of color. Screenings and events were held across the City of Angels, including at the new LMU Playa Vista Campus, the Wallis Annenberg Center for the Performing Arts, the Writers Guild Theater, and various ArcLight Cinemas.

Presented by nonprofit arts org Film Independent, the festival kicked off Sept. 20 with the world premiere of Andrew Slater’s “Echo in the Canyon,” about the beginning of the Laurel Canyon music scene and its influence across the globe. The screening featured special guests Jackson Browne, Jade Castrinos, Jakob Dylan, Chan Marshall (Cat Power), and Michelle Phillips. The festival continued with an impressive schedule, including gala screenings of Eva Vives’ “All About Nina,” Ike Barinholtz’s “The Oath,” Rupert Everett’s “The Happy Prince,” and Elizabeth Chai Vasarhelyi and Jimmy Chin’s documentary “Free Solo.” The world premiere of David Raymond’s “Nomis,” which stars Henry Cavill and Hollywood royalty Sir Ben Kingsley, concluded the festival’s over 90 screenings.

Of this year’s offerings, festival Director Jennifer Cochis said, “We congratulate all of the filmmakers that shared their work with the L.A. Film Festival.... These awards honor the wide range of exceptional storytelling we’ve been sincerely delighted to present. All of us are looking forward to wider audiences discovering these stories in the year ahead.”

Film Independent is the L.A. Film Festival’s nonprofit parent organization and producers of the prestigious Independent Spirit Awards. The org’s president, Josh Welsh, said in a statement, “A festival is made up of many groups—the filmmakers and the audience, of course, but also the sponsors and funders who make it all possible. We are profoundly thankful to all the companies, foundations, and individuals who have financially supported the L.A. Film Festival without whom we truly would not be here.”

READ: Everything You’d Ever Need to Know About the Film Independent Spirit Awards

Lauren Greenfield, a guest director of the fest, was honored with the Spirit of Independence Award in recognition of her championing independent film. On the festival’s last day, the juried awards were announced, with the U.S. Fiction Award going to director Mark Jackson’s film, “This Teacher,” which had its world premiere at the fest. The World Fiction award went to Ali Abbasi’s “Border,” a film that debuted at Cannes earlier this year where it took home the Un Certain Regard award and is the Swedish entry for the Best Foreign Language Oscar. The festival’s jury honors a multitude of categories; in addition to the two fiction awards the festival includes Documentary Award which this year went to “Hillbilly,” directed by Sally Rubin and Ashley York, plus the L.A .Muse Awards, Nightfall Award, Music Video Award, and Episodic Award, as well as the Short Fiction and Short Documentary Awards.

Not to be forgotten, the festival also features accolades from its audience of Los Angelenos. This year’s Audience Award for Fiction Feature Film went to “Brian Banks,” directed by Tom Shadyac, while the Audience Award for Documentary Feature Film went to “Stuntman,” directed by Kurt Mattila and produced by Dwayne Johnson, Dany Garcia, Hiram Garcia and Brian Gewirtz (Seven Bucks Productions), Steven Golebiowski, Kurt Mattila, and Eddie Braun (Driven Pictures). Both films made their world premieres at the 2018 festival.

You can check out the full list of winners here. For more of Backstage’s film festival coverage, click here!