3 Ways To Connect in an Audition Beyond Your Acting 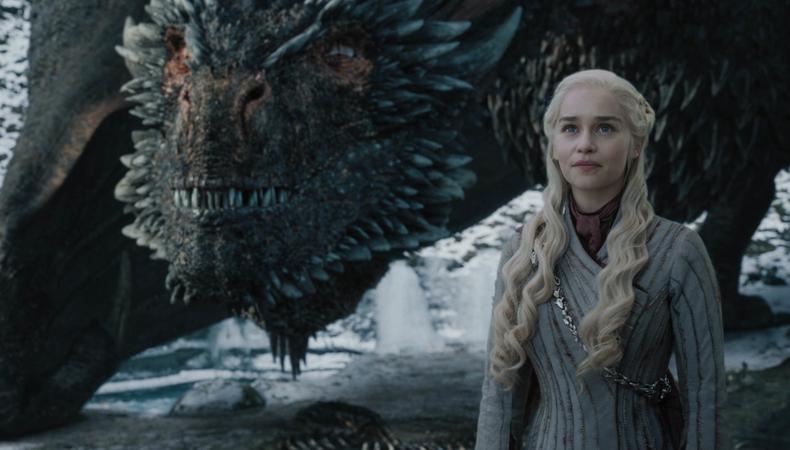 Emilia Clark’s audition story for “Game of Thrones” has become the stuff of entertainment industry lore. Clarke was auditioning for the president of HBO and asked what she could do to lighten the mood. The show’s co-creator David Benioff asked if she could dance: “‘And without missing a beat, Emilia did the robot,’ [D.B.] Weiss said. ‘She did it with commitment and she did it well…and even the president had no choice but to smile. She got the job 10 seconds after she left the room...’”

So many actors would have never considered posing such a question in an audition because they’d be so focused on regurgitating their rehearsed performance. These actors would totally miss the human needs of the room and the opportunity to connect. Many would never dare to engage in a dance move as dorky as the robot because they would have thought “but no, I am a serious actor and I cannot do such silly things.”

This notion removes a sense of humanity and neglects to acknowledge that actors work with other people. These people frequently become stressed and have needs as well, such as the need for levity and humor. Some of the most useful and exciting meetings you can go to are general meetings with producers, directors, and casting directors. These are meetings where virtually no acting ever takes place, so how do you show you’re the best for the job if none of your acting is being assessed?

Invest in an acting preparation that doesn’t compel you to whip yourself into a state in the hallway before you walk into an audition room. Otherwise, you’ll miss a crucial moment where you can establish that you’re someone who is fun to play with and that others personally like.

Here are three elements to focus on to conquer the pre-audition conversation.

1. Be aware of the winning aspects of your personality.
Producers know that they may spend years working with you, so we arrive at a place where your personality becomes your greatest asset as an actor. A casting director friend of mine recently told me that he can tell which actor is going to book a role in a particular project based on the personal interaction he has with them prior to any formal auditioning actually taking place.

You need to foster enough self-awareness of the aspects of your personality that people actually like when they meet you and lean into those aspects during the “personality audition” portion of your audition. For example, one client of mine knows it’s his sharp wit. He can tag anything said to him with some of the funniest one-liners in that effortless way that doesn’t look like he’s trying to be funny. Another client has an indescribable quality of validating people through her smile and eye contact. She’s able to sense the fears and insecurities of those around her and, with her warmth and grace, reassures them that it’s all going to be OK.

All of these clients have enough self-awareness to understand these aspects people gravitate toward. They lean into these innate traits to show the human being underneath the actor during the audition.

2. Show zero desperation.
Part of being someone that others find fun to play with is the ability to project zero desperation. People don’t want to feel that you want something from them, both in life and in the industry.

In this state, there’s no investment in the outcome. The actor arrives knowing that their life will be great whether or not they book the role. Some people call it confidence. In reality, it’s the inner knowing that, no matter what happens, your personal happiness is not dependent on this job.

3. Embrace your silliness.
You’re silly. Yes, you! Everyone has things they get silly over whether it's “Star Wars” or that “Real Housewives” drama. Embracing your own silliness and not being afraid to share it with others is the pinnacle of confidence. It’s endearing and it makes people trust you instantly.

This brings us back to the brilliant courage of Emilia Clarke. If she had been more attached to a sense of self-importance, superiority, or the narrow notion of audition conduct, she might never have received her famed role as the Queen of Dragons. By sharing her silliness with the room, she showcased her confidence, her lack of desperation, and the rare aspects of her personality.

Winning combinations like these give the production team no choice but to hire you.

Sign up here to get Joseph’s FREE Acting & Career Tips delivered to your inbox, and email [email protected] to launch your career now from anywhere in the world, or schedule an audit.

Joseph Pearlman
Joseph Pearlman is a celebrity and on-set acting coach for Hollywood’s top actors, musicians, and comedians. He works with clients such as Zooey Deschanel, Skylar Grey, Michael Welch, and Julian Sands, and he also coaches presenters for all the major award ceremonies. Pearlman Acting Academy was voted the best acting studio in Los Angeles by the Backstage Readers’ Choice Awards.
END_OF_DOCUMENT_TOKEN_TO_BE_REPLACED