3 Ways to Ground Your Performance in Reality 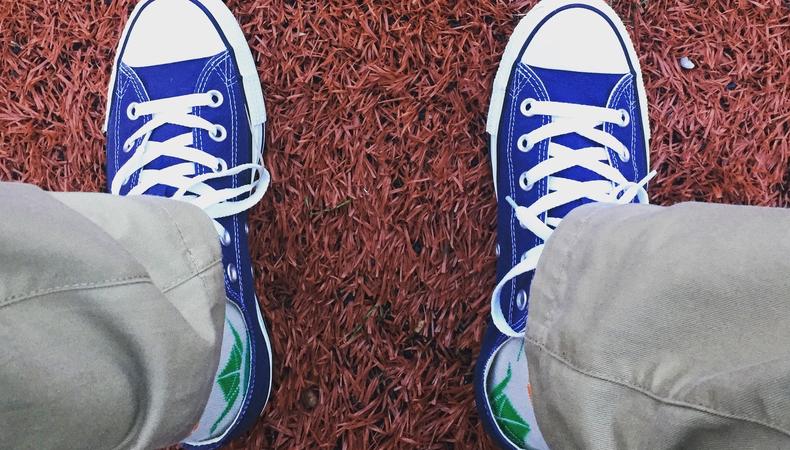 Countless directors have sprinkled that adage into my head recently as if those two little words are the easily plant-able seeds that will root a performance in reality. Gone are the melodramatic studio days when actors were commissioned to, well, act. Now, an actor’s job is to just be. No one wants to see acting.

While technique has certainly served me well over the years, sometimes it can trip me up and make me stand in my own way. In an effort to get out of my head and simply live in the moment, I’ve found it useful to quite literally take my scenes to the streets. Here, I hope to impart some of my tactics that you too can pop into your rehearsal arsenal.

1. Telephone
At first, I just wanted to rehearse my scenes on the go so I began holding up my phone and pretending to have a conversation with someone on the other end. As estimated, the repetition and extra practice truly did help me memorize. What I didn’t expect was that it made my work feel so much more grounded!

Your Definitive Guide to Method Acting

Talking over sides or monologues through the guise of a phone conversation whilst out in public drops the pretense of being in “a scene” and simply allows the text to do the work. It also makes you sound a lot more natural and like yourself. Pro tip: turn your ringer on silent to avoid that awkward moment when you’re faking a phone chat and someone actually does call you.

2. Transaction
Slip into the role you’re working on and then slip out of the house! Venture to a store they would go to or even just buy a cup of coffee completely in character. This is particularly helpful with perfecting an accent. The stranger doesn’t know you’re not British or that you don’t have any social anxiety—they will merely see what you present to them. The stakes will feel high, too, because what happens to you in this exercise is real.

Prior to shooting “Catch Me If You Can,” Amy Adams did something similar. According to Warner Loughlin’s book, the Oscar-nominee “put on her prosthetic dental braces,” switched up her hairstyle, and, using a Southern accent, went to a department store as her character Brenda.

3. Tread
If you’ve used the other two methods, you probably feel like you’ve already strolled along as your character. And maybe you have! However, I dare you to go a step further.

Make a playlist of songs your character would listen to or ones that embody their vibe. Push play and walk around, seeing the world as this person would. This cements your physicality and never fails to lead to surprising discoveries.

Step out of your comfort zone and give one of these public exercises a shot. Just remember to totally commit while applying them.

Ready to get cast? Apply to casting calls on Backstage!

Robert Peterpaul
Robert Peterpaul is an actor, writer, and the owner of RPP, which aims to assist talent in the entertainment industry in honing their craft.
END_OF_DOCUMENT_TOKEN_TO_BE_REPLACED