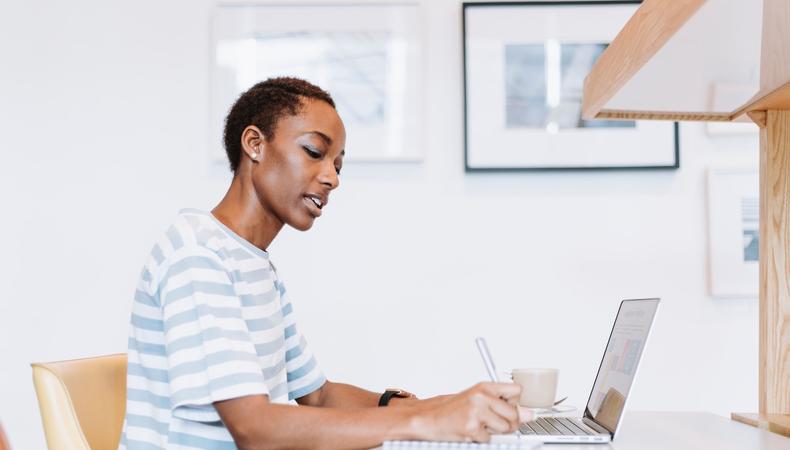 One thing that stresses beginning actors is the amount of white space on their résumé. What do you put on there if you’re just getting started? Most importantly, how are you going to book a role when you’ve got nothing to show for it?

All actors have started with a blank page and we, as casting directors, understand that. It’s daunting and sometimes plain discouraging to have a résumé that lacks credits, but don’t let that stop you from getting out there. That doesn’t mean your résumé should have nothing though. You should have something on your résumé.

Here are some ideas for how to fill in the blanks.

1. Work on a student film.
Student films are an awesome way for you to land great speaking roles! They may be low paid or even unpaid, but it’s worth the experience. The potential to book a meaty supporting or lead role not only means that you get to list a principal part on your résumé, but you also get material for a reel—an absolute must for an actor these days! On top of that, you get the invaluable experience of working on set while making great contacts. My advice to actors at the beginning of their careers is to audition for as many student films as you can. One of the last short films I cast went to the Cannes Film Festival!

2. Book a role in a play.
Booking a role in a play is a great way to keep those acting muscles in shape. Plus, you get to invite agents, CDs, and other industry professionals to see your work. Additionally, the “theater” section on your résumé is treated with respect by those of us on the other side of the casting table. Why? It shows that you have a commitment to your craft. Between dedication to rehearsals and performances, we know that you’ve put in months of work for a role. It also shows us that you can memorize copy. Those are valuable attributes to have and they’ll serve you well as you audition and are cast in other productions.

3. Self-produce your own project.
If you have a smartphone, an idea, and yourself, then guess what? You have all you need to create your own project. This proactive attitude is great in so many ways. It shows us that you have a can-do attitude which we love and are organized. Plus you’ll get more material for your reel as well as an audience. By distributing your work on YouTube, Vimeo, or any other web page, you demonstrate to agents, directors, and the rest of the industry that you’re marketable and it’s certainly a must if you plan to reach out to agents and CDs in the bigger markets!

4. Take acting classes.
One of the other sections on a résumé I hold in high regard is the “training” section. If you’ve trained at a notable and reputable acting school, I’ll take note even if there’s nothing else on your résumé. It shows me that you’re serious about your work and are willing to invest in your craft. It also tells me a little bit about how you work as an actor from where you’ve studied. Classes are a great place to create your own support group and network with other actors. Plus, if you’ve earned a BFA or an MFA in acting, believe me, I’ll pay attention!

Acting is a journey. The award-winning actors you see on screen all started with a blank résumé, but they were motivated, diligent, and looking to improve themselves which resulted in a great résumé and the roles you know them for today. As you go along this journey, you’ll increase your network of contacts which, in turn, will increase your chances of getting booked. You never know, the young filmmakers you work with on low-budget student or independent films could be the Spielbergs of the future.

Just keep doing the work and your résumé will flourish!

Ready to start adding to your résumé? Apply to casting calls on Backstage!

Melanie Forchetti
Melanie graduated from NYU’s Tisch School of the Arts with a BFA in acting. She worked at Writers & Artists and at The Firm, a celebrity management company. She is the former Head of Casting of Mike Lemon Casting, having cast over a thousand award-winning films, commercials, and television shows for networks such as Netflix, Amazon, CNN, Oxygen, and Investigation Discovery among others. Currently, Melanie is Head of Casting for Forchetti Casting, LLC in Georgia.
END_OF_DOCUMENT_TOKEN_TO_BE_REPLACED