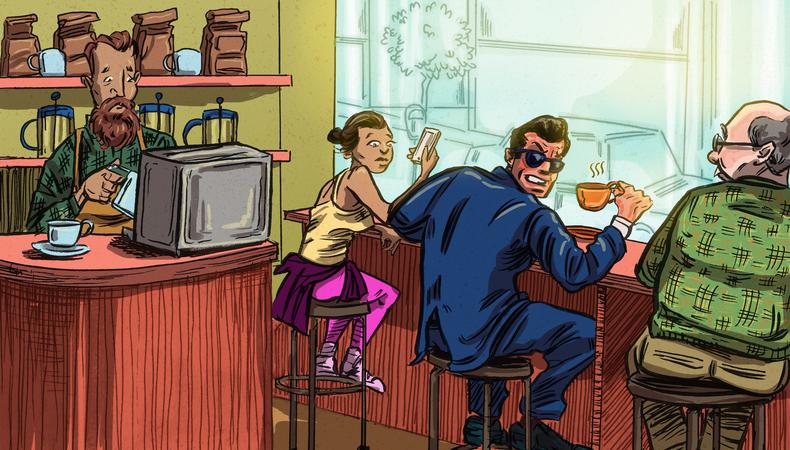 A few years ago, I wrote a piece under my real name for the drama department at a university. It ended up getting passed around online, and actors all over the country got a chance to read it. One of them decided to approach me using social media:

“I found your essay inspiring.” (Oh, that’s nice.) “I want to thank you for taking the time to write it.” (Now I feel really good about myself. I think I’ll have a vanilla shake today.) “Would you mind giving me some feedback on my picture and résumé?” (Damn, I should’ve seen that coming: He’s just another selfish actor who wants something.)

This sort of thing happens all the time. I’m amazed at how actors in need of representation never know how to approach someone like me. This guy could’ve built up a relationship over time before asking for my help. But no. He was just looking to make an artificial connection so he could get a fast response—like a high school jock trying to get laid on a first date.

I’ve always said the best way to get an agent’s attention is through a referral. Having someone speak for you can increase your chances of getting a response. I still stand by that, but the referrals have to be real. It’s shocking how actors just make them up. I’m constantly getting emails where the sender claims someone I’ve never met referred them to me. Or they’ll use the name of someone I actually know, but when I call that person to check, it’s total bullshit.

I also get bombarded by actors I’ve never met who want to get together for a cup of coffee. What’s that about? Drinking coffee is one of my favorite things. Why would I soil that experience by sharing it with a stranger who wants to suck the marrow from my bones?

The worst approaches are the ones that aren’t even personalized. I can always tell when an actor has sent the exact same message to every agent in town. “Your impressive client list demonstrates you’re the right agent for me” means nothing. It’s just gibberish from a narcissist who couldn’t care less about the person he or she is contacting.

I could fill five issues of Backstage with all the half-assed approaches actors have used on me over the years, but you get the point, right? Now here’s what I want you to understand: It’s not that agents are above responding to an actor they don’t know or that we think we’re too cool to deal with them. That’s not it at all. We deal with actors every day. But those actors are clients, and we’re paid to deal with them. Responding to a horde of strangers isn’t part of the job.

And let me tell you a little bit about said job. Agents are busy people who work long, hard hours. It’s a high-pressure sales gig that follows us home at the end of every day, so we have to be selective about how we employ our time.

Anyway—you know what? I believe I have earned that vanilla shake today. And maybe I’ll put a little coffee in it. Now that sounds like a great way to spend my time!