5 Steps to Nailing a Character Before ‘Action!’ 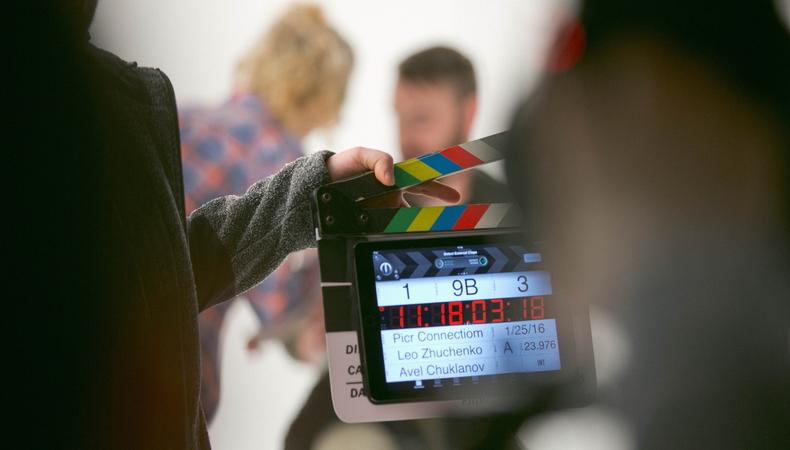 When do you start acting? Is it when the director says, “action”? Nope! You need to get lost in the character’s world before the camera even turns on. Here’s how to do it in five steps. 1. Un-act.
The best thing you can do as an actor, especially on camera, is to be real. And you need to do it before the camera comes on. You aren’t really trying to trick the audience into believing your reality—you’re tricking yourself.

1. Un-act.
At first, students don’t trust enough to stop puppeteering their characters. They feel out of control and afraid they won’t remember their lines and blocking. But the opposite is true: the more you get out of your head and stop thinking like you, the more the character starts to think for you. You’ll be surprised how much more interesting you’ll become when you trust your character.

3. Distract yourself from starting to “act.”
Concentrate on doing something real as the character. At the beginning of any scene or audition, figure out what your character is doing and get lost in it. It can be an activity or a bit of business your character might be doing but whatever it is, really do it. Nothing looks better on camera than doing something real. If you’re supposed to be reading, read. Don’t try to indicate and show me you’re doing it—just do it.

I can tell before you ever open your mouth if you can act. If I don’t see you get lost in your character’s reality and you just start speaking lines, all I hear is blah blah blah. Your words are meaningless.  What gives them meaning is your organic truth in that moment. Just be real; that is the acting.

4. Be your character.
Take time to get lost in your character’s state of being. For example, if you’re supposed to be angry at the beginning of the scene, do some push-ups, pound your fists, or scream before. Pump up your anger and adrenaline so you’re not faking the emotion. Push physical and emotional buttons to cause real emotions.

5. Roll on into the scene.
If you’re supposed to be laughing with others when you enter the room, get silly and really laugh before you come in. Then ride in on that truthful moment.

Frequently, I will make a person start laughing right before I shoot a commercial audition and then shout “action.” They usually stop laughing and stiffen up to start the audition. So I let them know I was making them laugh on purpose and not to change anything. I want to capture real fun and happiness and am getting them out of their head and into being a real person in the process. Then I make them laugh again and yell “action.” They usually get stiff again and fake laugh, but it’s the third time that’s the charm—that’s the acting.

Or, as I call it, un-acting. I make them laugh and they just roll on into the commercial looking free and happy with their magic light on.

Cathryn Hartt
Cathryn Hartt, founder of Hartt & Soul Acting Studio, is known to many as “the UN-Acting Coach.” She coaches all ages (children through adult) and all levels (from beginning through masters).
END_OF_DOCUMENT_TOKEN_TO_BE_REPLACED