5 Tips To Find an Influencer for Your Marketing Campaign 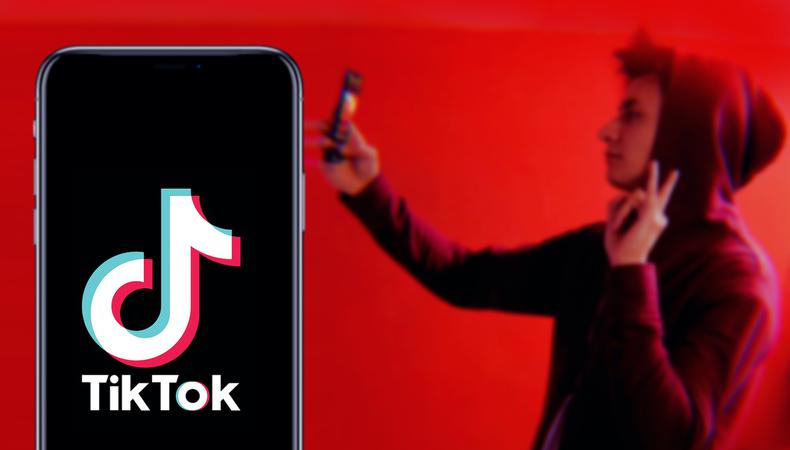 Casting influencers who fit your brand, your aesthetic, and your budget for a particular social campaign is always a challenge—not to mention catering to what’s expected on a particular platform; it’s why finding an influencer who’s familiar with both the audience and the platform you want to target should be an essential part of your process.

Backstage recently launched its own search, on its very own casting platform, for the right actor to represent the brand on TikTok. TikTok caters to creators from all walks of life—from real estate agents, career coaches, and lawyers, but is particularly attractive to artists who fall within Backstage’s audience demographic: actors, comedians, dancers, and performers getting their footing in the industry.

“It feels important for us to be on TikTok,” says Backstage’s Social Media Manager Katie Minard. “There’s a big community there of actors and performers. So it felt like a no-brainer for us to have a presence there.”

Minard, along with Alysa Cirelli, Social Media Marketing Associate at Backstage, knew she wanted the campaign to integrate the advice content found on Backstage, with the viral fun of the TikTok format. Like with many brands looking to engage potential users where they are, the social media platform—which has over a billion users and racked up over 300 million downloads in 2020 alone—provided a new space, and new influencers, to find and speak directly to online creators.

According to Forbes, in 2018, Linqia Research found that 86% of marketers and advertising agencies looked to incorporate influencers within their overall strategy; 92% found the practice to be useful for effective brand outreach. Business Insider has priced the worth of influencer marketing at $15 billion by 2022.

For brands looking to perfect their casting processes for social media campaigns, Minard and Cirelli offer some sound advice on the process.

The Testing + Casting Process
Initially, Minard and Cirelli experimented on TikTok by reposting Backstage’s high-engagement Instagram content, such as celebrity interviews and Instagram Reels focused on performer specific scenarios like self-tapes and headshots. However, they soon realized that videos native to the platform and TikTok’s particular creator style would translate better; they decided to not only incorporate the editorial content found on Backstage, but also find a face for the videos. Utilizing Backstage’s in-house casting service to find talent, Minard and Cirelli put out a casting call with fairly simple instructions asking talent to create video content around editorial articles about film set terms actors should know and on camera-friendly clothing for TV hosts. “We put three [articles] that we thought would probably be the easiest to get someone to describe the piece in a video,” Cirelli says.

After going through 180 submissions, Cirelli and Minard whittled it down to the top five and eventually decided on actor Andrea Kristina, who has over 42,000 likes on TikTok. Kristina was chosen based on the engaging charm she displayed in her submission and, according to Minard and Cirelli, her natural understanding of how to use TikTok efficiently, for example, in terms of video set-up, popular style usage of in-app text, and general personality traits that perform well.

“They don’t have to be someone who is an influencer either,” says Minard. “That’s always an added bonus if you cast or find somebody with a following, but it’s more so getting that person who you don’t have to pay hundreds of thousands of dollars for, that you can have on retainer basically, for your brand.”

Their TikTok titled “How Not to Pose for a Headshot” soon picked up traction and Backstage’s following grew 600% over three weeks and even saw an increase in following on Instagram—still the leading platform for influencer marketing, according to eMarketer. Five elements pushed the process to the next level.

Tip #1: Prioritize Clear Communication Skills With Talent
Not only is creativity and charisma useful for standing out, but according to Minard and Cirelli, communication skills and knowing how to take direction help overcome obstacles faced by the nature of digital collaboration, “because we’re doing this content remotely, we can’t direct someone in a studio filming it,” says Minard. With these shortcomings in mind, it benefits all sides to keep the process more collaborative and to have the talent communicate what works best for them. “That’s why we made the casting call the way we did,” adds Minard. “We essentially set up what we would want the creative brief process to be, which was to send an article from Backstage and [have the talent] be really creative with it.”

Involving the talent in the actual creative process helped Minard and Cirelli navigate the unfamiliar territory of TikTok. Making sure it not only fits Backstage’s voice, but also fits the vibe and culture of TikTok. “It’s being really open to being collaborative with those performers,” Minard says. “They know about the platform, they’re on it and they can help make that content really great, and not just be a person standing in front of a phone, but be somebody who’s coming up with the ideas with you and making sure it feels really genuine.”

Tip #2: Assess Trends + Your Brand
“We haven't really touched upon any of the trending dances and stuff on TikTok because that doesn’t fit for us,” says Cirelli.

While they believe the dances make great content for the platform, Cirelli and Minard felt it didn’t feel natural for Backstage’s brand. They opted to stick with utilizing editorial pieces that focused on performer success rather than what is going viral on the platform. The duo didn’t want to feel as if they were pandering: “When we were concepting this we made sure we wanted it to still be Backstage’s brand,” Minard says. “We weren’t just going to try and be like, ‘Hello, fellow kids!’ on TikTok and do TikTok dances for no reason.”

We’ve wanted to speak to performers from our aspirational and advice brand voice that we already do on other platforms, because that works.”

Tip #3: Seek Out Creativity
It might sound obvious, but bringing charisma and creativity to the platform is essential to having your content stand out on the ever-growing platform. “I just didn’t want to have to teach someone creativity, I’d rather them have it,” says Cirelli. “As well as presence on camera, so they actually bring in the audience and engage with the person that’s watching the video.”

Having these skills allowed Minard and Cirelli to place trust in Kristina and essentially give her near-carte blanche in creating the TikToks. “[We needed] somebody who could do it without us holding their hand the whole time and someone we wanted to work with on an ongoing basis,” says Minard. “And someone with a lot of charisma because that’s needed on TikTok.”

Tip #4: Prioritize an Engaged Community
Casting a performer to be the face of Backstage on TikTok went hand in hand with the traditional influencer strategy where Backstage’s Activation, Retention & Community Manager Liz Farris focused her efforts. For Farris, seeking the right influencer to partner with doesn’t always consist of follower count as much as community engagement. “We’re always looking for influencers who strongly resonate with our brand, are engaged in the filmmaking or acting industry, and can speak sincerely to their audience,” says Farris. “These are the people who aren’t afraid to use their voice, speak their mind, and share their experience.”

Going after the influencers with a responsive and engaged community, such as ones who answer questions from their audience or ones who prioritize their follower’s interests over their own, often results in a higher view count, according to Farris. Actors that Backstage has previously collaborated with include Amanda Buhs and Eliana Ghen, both who have their own large followings and have helped in promotion for Backstage.

Farris believes that going the route of influencer marketing has been one of the best acquisition channels for Backstage, especially through TikTok, the return on investment has been surprisingly high. “On a $5,000 starting budget, we’ve managed to pay less than $2 per install, which many brands might find low,” says Farris. “Compared to ads run on Snapchat or Google that average to $4.50 per install, we’ve seen a significant uplift in the number of installs and an increase in brand awareness.”

This also has led to more influencers reaching out to Backstage asking to collaborate on other promotions.

Tip #5: Set Clear Goals and Be Open to Collaboration
For brands looking to follow Backstage’s success, Farris says it’s pretty straightforward: “I highly recommend setting your goals first: what is it that you want to do? Do you want to promote a new product or feature? Do you want to increase subscription rates or improve the brand awareness?”

Once this is all figured out, Farris suggests creating a creative brief to share with the influencer, but to also stay open to whatever new ideas or suggestions they might have. After all, you want to collaborate because of their own creative content that caught your eye. “Working with influencers is a great chance to look at your brand at a different perspective and see how you can cater your product to different segments.”