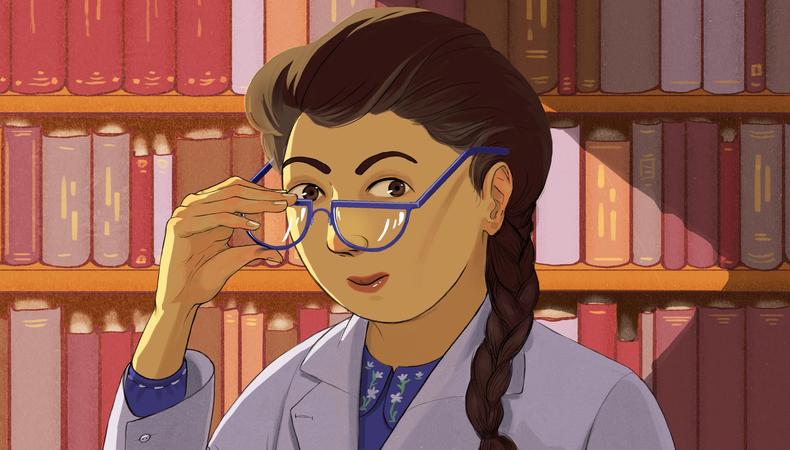 This is going to be snarky—so, buckle up, buttercup!

I’ve asked my casting colleagues what terms people in the business continually get wrong. The following are the terms that drive us insane:

No. 1 is “casting agent.” Guess what? We are not “agents.” We do not represent talent. We are casting directors. We still see major publications (e.g., The Hollywood Reporter, Variety) making this mistake in their reporting. To this point, we constantly get letters from actors seeking representation. Again, we don’t represent actors. You’ll want to seek out a talent agent or manager for that.

A very close second is the past tense of the word “cast.” There is no “casted” in our world. The past tense is still “cast.” Saying that
Marci Liroff “casted me in that part” would be incorrect.

If you’re in an independent film, you’re in an “indie,” not an “indy.” I only want to hear someone refer to “Indy” when they’re talking about Indiana Jones.

We really do read your résumé, so make sure that autocorrect is your friend. I’m gonna lay money down and bet that you studied “improv” at Second City, not “improve.” When you recur in a series, it’s not “reoccurring,” it’s just “recurring.” Remember that “principle” means a comprehensive and fundamental law, doctrine, or assumption—not the type of role you booked. If you were a main role, list it as “principal.” (A handy way to remember this is that both “main” and “principal” have the letter “a.”) In television and film, don’t list the name of the character you played; instead, list the level of role you had (e.g., “co-star,” “guest starring,” “lead”). And make sure to keep it all in the present tense, not the past tense. You are a “co-star” (noun), not one who “co-starred” (verb).

We often get emails and calls from actors wanting to start a career who say, “I want to do acting,” instead of saying, “I want to be an actor.” Furthermore, I just love when talent asks how to “sign up to be SAG” as if it is a magazine subscription!

Another pet peeve we in the industry have is the use of the word “apart.” I can’t believe how many grown adults still think that being involved in a production makes you “apart” of it. Sorry, that would make you separate from it. You mean “a part” of it.

But don’t worry, actors: Agencies make these mistakes, too. An assistant at an unnamed agency recently told my colleague that her client was passing “respectively” on the role when she meant “respectfully.”

Another thing that often arises is ignoring the difference between “read” and “audition.” One casting friend responded to my call for complaints asking, “Can we once and for all distinguish between ‘read’ and ‘audition?’ ” “She’ll read” is not an adequate response! Does that mean she’ll read the script and consider it? Or does it mean she’ll come in and audition for us?

These are tiny mistakes, but significant ones. Once you get on set, I want to make sure you’re speaking the language of the pros, so why not start now?

Don’t worry, though—everyone makes these mistakes. I just don’t want to have to be the one who slaps you over it!

Want to get to work on the small screen? Check out Backstage’s TV audition listings!

Marci Liroff
Known for her work in film and television, producer, casting director, and intimacy coordinator Marci Liroff has worked with some of the most successful directors in the world. Liroff is also an acting coach, and her three-night Audition Bootcamp has empowered actors to view the audition process in a new light.
END_OF_DOCUMENT_TOKEN_TO_BE_REPLACED