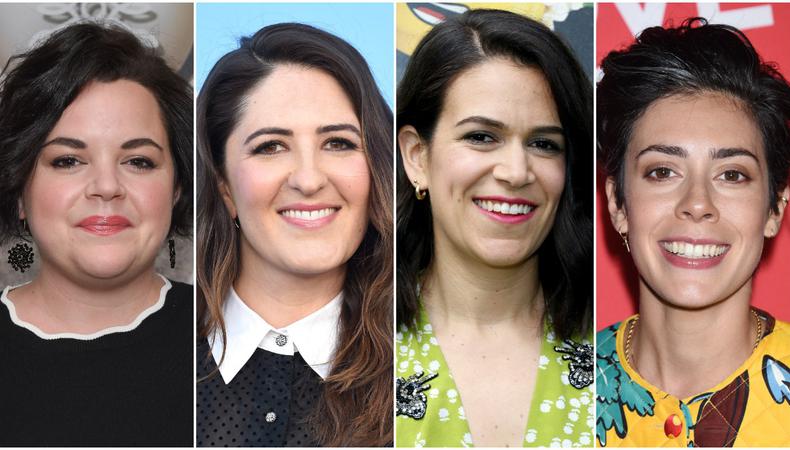 “A League of Their Own”
No more crying: filming for Amazon’s upcoming “A League of Their Own” series has begun in L.A.! The new series, based on the classic 1992 film of the same name and which will center on the All American Girls’ Baseball League during World War II, has gotten into the swing of things in Central L.A., where production has been based at Fourth Street and Spring Street off of Spring Street Park. Amazon recently announced its full cast and character descriptions, and in addition to the previously announced D’Arcy Carden and Abbi Jacobson (who will also write and executive produce), Chanté Adams, Roberta Colindrez, Kelly McCormack, Priscilla Delgado, Gbemisola Ikumelo, and Melanie Field have joined the cast. Carden has been sharing Instagram photos and videos from the set, including her latest video, featuring several of her fellow cast members. TV casting veteran Felicia Fasano is the series casting director— read her and six other casting directors’ tips about auditioning for television here at Backstage!