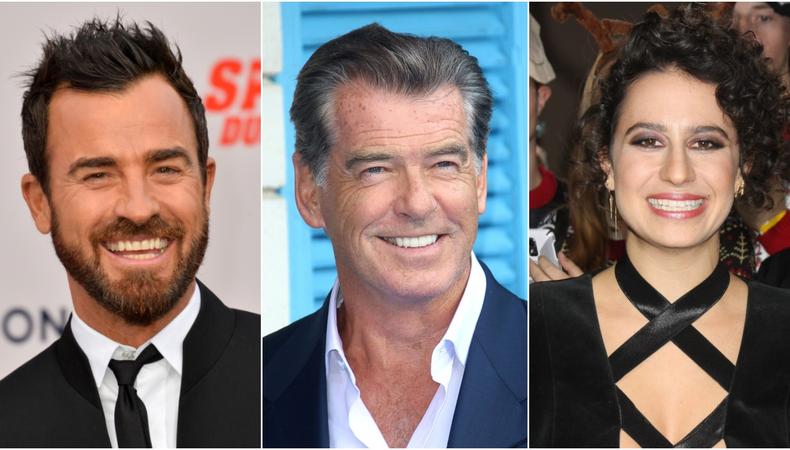 “False Positive”
Justin Theroux recently joined his co-star Pierce Brosnan on the set of the upcoming horror film, a week after Sophia Bush and Ilana Glazer shot scenes in Brooklyn. Gretchen Mol, Josh Hamilton, and Kelly AuCoin also star in the film, which is being produced by A24. Details about “False Positive” are currently being kept under wraps, but John Lee is directing the flick, which he co-wrote with Glazer. Chrystie Street is in charge of casting the project.