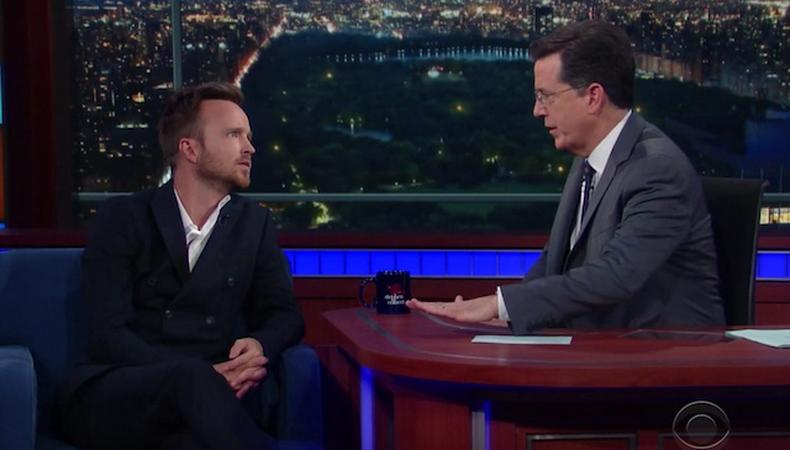 There’s no doubt three-time Emmy winner Aaron Paul is sitting pretty, but he knows the hardships many actors face very personally. While visiting “The Late Show” on Friday, June 17, the actor known for “Breaking Bad,” “BoJack Horseman,” and “The Path” sat with Stephen Colbert and recalled his early-career days living and struggling as a fresh-faced actor in Los Angeles.

“As an actor, you have a lot of highs and a lot of lows—mainly lows at the very beginning,” Paul said. “Right before ‘Breaking Bad,’ I was struggling to pay my rent. I didn’t know when my next paycheck was coming, and I had to ask my family to help pay my bills, which is just so embarrassing. I was mid-20s, had no money. And then I read the pilot for ‘Breaking Bad’ and I just knew I had to fight for it.”

Sometimes you know when something special comes along and it’s worth fighting for; always listen to your gut! And don’t worry: Paul has since paid his family back for their help.

Watch the “Late Show” clip below.

Benjamin Lindsay
Benjamin Lindsay is managing editor at Backstage, where if you’re reading it in our magazine, he’s written or edited it first. He’s also producer and host of a number of our digital interview series, including our inaugural on-camera segment, Backstage Live.
END_OF_DOCUMENT_TOKEN_TO_BE_REPLACED