Aaron Tveit on His 54 Below Show: 'Hopefully This Will Just Be the Beginning' 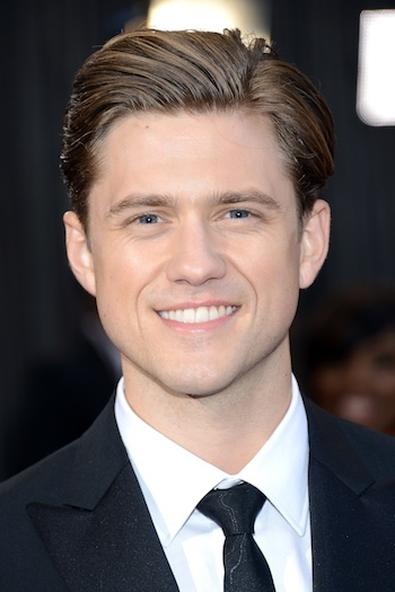 Ladies and gentleman, Aaronpocalypse has arrived. Aaron Tveit, the star of stage ("Catch Me If You Can," "Next to Normal") and screen (USA’s “Graceland,” "Les Misérables") made his solo show debut at 54 Below on Friday and will play five more sold out concerts at the venue through May 18.

"I really miss singing," Tveit told Backstage earlier this week. "This is my first time putting my own show together, but it's wonderful because you just get to sing what you want to sing.”

The show, which will be released as a live studio album by Broadway Records, boasted a mix of songs, from musical theater standards to top 40 hits. Tveit opened the show with “I’m Alive” from “Next to Normal,” and then sang “Something’s Coming” from “West Side Story” (a show he starred in his junior year of high school), and “If I Loved You” from “Carousel,” in which he would like to play Billy Bigelow one day.

Friends and family came out to support Tveit, including some high school classmates who appeared in “West Side Story” with him. He sang the Garth Brooks version of the Bob Dylan song “Make You Feel My Love” in honor of his father, who loves country music.

“My dad has a great voice,” Tveit told the audience, adding that it had been his father’s dream to go to Nashville and become a country singer. When Tveit wrestled with switching from a voice to a theater major in college, his father told him, “You’ve got to try it. You’re 18. You’re broke.”

The show that launched Tveit’s career was “Rent,” and he landed in the ensemble of the national tour when he was 20 years old. He also covered Mark and Roger in the show, and he sang Roger’s Act 1 ballad “One Song Glory” as part of the set. He also sang other showtunes, from “What You’d Call a Dream” from the baseball revue “Diamonds”—the first song he ever sang as a theater student—to Adam Guettel’s “Hero and Leander” from “Myths and Hymns.”

One of the musical theater highlights of the evening was when Tveit tackled “I Could Be In Love With Someone Like You,” a cut song from cult-favorite “The Last Five Years.” Tveit’s friend and “Catch Me” co-star Norbert Leo Butz sang the song as part of his 54 Below concert, and Tveit aimed to do it better. However, he tripped on the lyrics mid-way through, and effortlessly charmed the audience with a smile and started over. “We’re recording this!” he exclaimed.

But Tveit proved that he is more than just a musical theater singer.

"Putting a show together, you also have to do stuff that the audience wants to hear you sing," he told Backstage. "If you want to stand up there and sing 12 English art songs because that's where your heart is, it might not be the best idea because the audience would fall asleep."

Tveit didn’t indulge in any art songs, but he did mix in some Bruno Mars, sharing that he has always been a pop music fan and also a supporter of a certain female artist’s career. Without revealing the singer’s name, Tveit broke out a crowd-stopping rendition of Taylor Swift’s “We Are Never Getting Back Together.”

The audience went wild, and Tveit called the number “the best thing ever.” His incredible following of fans, who he says he’s incredibly “grateful” for, sold out the concert in record time.

"It's crazy," he told Backstage of the response to the show. "Hopefully this will just be the beginning."

For those who weren’t able to snag tickets, he also sang the YouTube favorite “Run Away With Me.” Here’s Tveit singing the song in 2008.