Are You In An Abusive Relationship With the Camera? 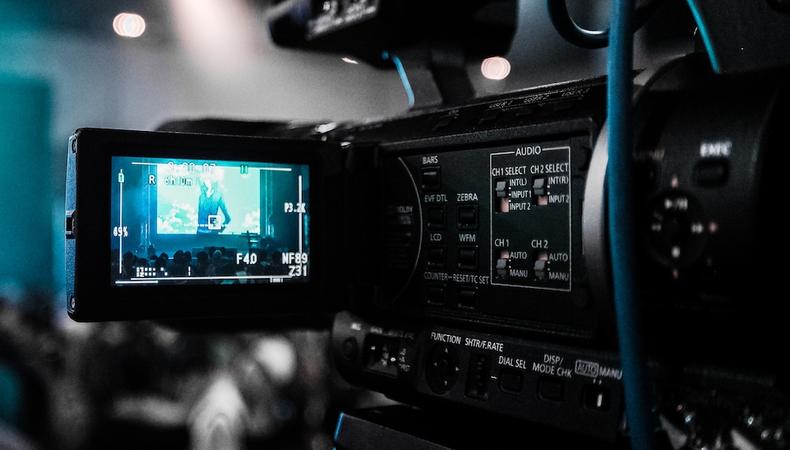 There’s something rotten in the state of Denmark: an unhealthy obsession with watching yourself on camera in acting classes. We live in a camera and selfie-obsessed society...it’s almost a fetish.

The way “on camera” classes are typically executed is an exercise in narcissism and can actually do more to shut an actor down than elevate a performance. It’s a convenient way to pull focus and take time away from doing the best acting you can do. It is also often the trait of a lazy teacher.

There are countless Oscar- and Emmy-winning actors who purposefully never watch their performances, auditions, or dailies: Jared Leto, Joaquin Phoenix, Reese Witherspoon, Julianne Moore, Angelina Jolie, Meryl Streep, and far too many more to count. As Javier Bardem put it: “The fact that I like to make characters doesn’t mean that I like to watch my characters being made, my performance. I can’t even watch that fucking nose, that fucking voice, those ridiculous eyes. I can’t handle that. But when I’m doing it, I don’t see my nose or hear my voice; it’s like there’s something stronger, bigger than that. And I need to express it.”

Great actors don’t need to watch themselves to know they’ve done great work. They can feel it.

It’s unhealthy to watch yourself every class. Some actors should never watch themselves, as it may make them overly conscious and sabotage their best work. I’ve personally seen it inhibit more actors than help.

Copiously watching yourself can lead to second guessing your choices, and can lead to a lack of confidence—something that is unquestionably fundamental to launching a successful acting career. This compulsive need to be constantly “checking in” is an actor’s unhealthy obsession with the constant need for approval and feedback. Existing in this perpetual cycle of “How am I doing?” does more to breed insecurity than confidence.

It's also unhealthy. Think of what a huge turn off this would be in a relationship—a partner who’s constantly checking in for feedback. Enter into any professional situation (on set or audition) as a collaborator. Be the solution to their problem. Make a choice and move on.

Furthermore, and perhaps most importantly, most on-camera classes have nothing to do with the reality of handling the actual experience of walking into an audition room and making the brave choices to book a role. There should never be a one-size-fits-all approach to audition technique.

As there are over 20 different ways of auditioning, each one requires a separate skill set and approach.

As I’ve mentioned in previous articles, the material you work on in class should be directly related in style and approach to what and how you're going to work on in the real world.

What an “audition technique” class that delivers results looks like:

If you can get over how you look, watching yourself can be a valuable tool for improvement. But only when you need it.

For example, when an actor thinks they’re being too big when working on certain sitcom styles that demand bigger performances, they’re often surprised when they see the performance wasn’t nearly big as they thought. The opposite also applies. When you watch yourself, watch yourself with a producer/director hat on.

The best on camera classes are focused on “on-camera technique,” but don’t actually record the actors every week. Reps and other industry people often tell actors to enroll in an "on-camera" audition class without realizing this crucial differentiation.

The reality is, classes that put you on tape every week can stunt your acting growth as the primary focus is on how you look, rather than what great acting should feel like.

If you’re looking for an experience that's going to actually help you launch your career and boost your booking rate, then you might need to rethink what “on camera” means to you.

Joseph Pearlman
Joseph Pearlman is a celebrity and on-set acting coach for Hollywood’s top actors, musicians, and comedians. He works with clients such as Zooey Deschanel, Skylar Grey, Michael Welch, and Julian Sands, and he also coaches presenters for all the major award ceremonies. Pearlman Acting Academy was voted the best acting studio in Los Angeles by the Backstage Readers’ Choice Awards.
END_OF_DOCUMENT_TOKEN_TO_BE_REPLACED