Acting Shakespeare on Film? An Acting Coach Tells You Where to Start 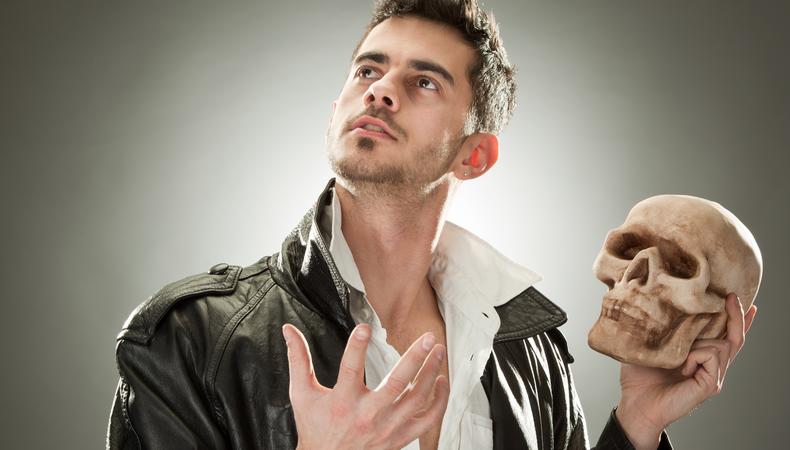 When people ask who my favorite screenwriter is, I say William Shakespeare. I like to joke that Shakespeare actually wanted to write for the film camera, but it hadn’t been invented yet so he wrote for the stage instead. That’s how far ahead of his time he was. (The joke never gets a laugh.)

The real reason I say Shakespeare is my favorite screenwriter is all of that imagery. Obviously, film is a visual medium, but I find imagery appealing as a film artist because of what I can create in an actor’s eyes—if the actor has the ability to use his or her imagination to create for the camera. The problem is most actors don’t know how or if they do, they’re just not doing it. And an actor’s imagination is his or her most powerful creative tool when it comes to film acting.

When an actor is visualizing those specific images, the audience tries to imagine what the actor is seeing. It’s one of the ways a film performance is made into an interactive experience. The more absorbed the actor becomes what he or she is imagining, the more involved the audience will be emotionally.

The way I articulate the technique to actors is this: Your imagination is dreaming, it’s just dreaming while you are awake and in dialogue with other characters. On film, dialogue provokes the imagination to dream and the camera captures those dreams in the eyes of the actor. This effect, in turn, provokes the audience to daydream of what they might do if they were living your character’s story. One doesn’t need Shakespearean dialogue to achieve it, just an imagination. But it’s a lot easier with lines like,

“Give me my Romeo; and, when I shall die,
Take him and cut him out in little stars,
And he will make the face of heaven so fine
That all the world will be in love with night...”

Conjuring imagery in your mind’s eye is also the fastest and most effective way to tap into your emotional inner life and bring emotion to a scene. Activate the imagination, and you activate the heart.

John Swanbeck
John Swanbeck is an author, columnist, speaker, creator, and publisher of CleverActorTips and Chief Creative Officer of BlueSwanFilms. He is a renowned director and teacher of actors, directed the existential comedy “The Big Kahuna” starring Kevin Spacey and Danny DeVito, and has packaged his best original techniques into the much-acclaimed book, “How To Steal The Scene & End Up Playing The Lead,” available on Amazon & iTunes.
END_OF_DOCUMENT_TOKEN_TO_BE_REPLACED