How to Act in Video Games: Troy Baker, ‘BioShock: Infinite’ 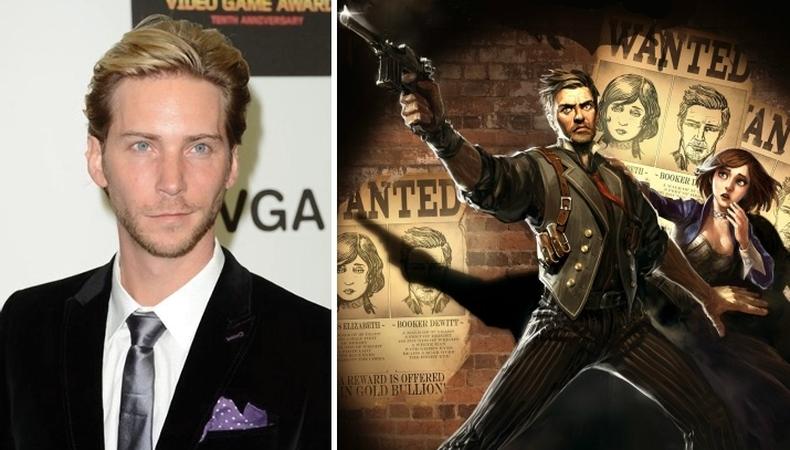 Voice actor Troy Baker, who started his career in anime and other animated film and TV projects, has worked on more than 100 video games, including prominent roles in hit titles like “Halo 4,” “Resident Evil 6,” “Final Fantasy XIII,” and the “Naruto Shippuden” series. Baker spoke to Backstage about his experience playing the lead role of Booker DeWitt in the upcoming first-person shooter “BioShock: Infinite,” the hotly anticipated follow-up to “BioShock,” from Irrational Games:

I was a big fan of “BioShock.” We walked into the studio and [creative director] Ken Levine was on Skype. They were auditioning several guys and several girls, and they started matching us up. It was really important to have the right chemistry, because you can get two great actors individually but if they don’t mesh well together based on what the game is it doesn’t work. It’s really become very similar to TV and film.

They had early character models and some storyboards. But you really have to turn on that part of your brain that you’ve spent most of your adult life trying to turn off, which is that playing-in-the-sandbox, “my finger is a gun” use of your imagination, and extrapolate the fiction into a reality that you can move around in.

Typically with first-person shooters, you have a silent protagonist. That’s so counterintuitive to what most actors do, which is they always try to come up with great things to say or try to get more screen time for themselves. But the approach we took with “BioShock” was “What’s the least that we can say?”

I’m very fortunate that we would sit and workshop things and go over the lines, and Ken gave a lot of latitude to change lines. Ken came up with this phrase, “Drain the swamp.” All the cool emotion and character that you want to put into a line? Suck that all out and just literally say the line. It was this really cool exercise to not act, to just be, and to trust the ears of someone else. Not only does it work, but it’s way more impactful.

The first thing we discussed was “Who is Booker?,” as trite as that sounds. What’s the through line that we can always come back to, so if we have a question we know what it always points back to that motivates that line or that decision? I think it’s like finding shoes that you can always come back to and put on. It’s not like a movie where you’re gone for three months, locked in, on location with these people, in that wardrobe. It’s critical that you find an anchor for every time you come back to this story.

There was a lot of attention on Courtnee Draper, who plays Liz. They had a camera set up on her so the animators had a really good baseline for reference for her facial features. It’s almost like Booker’s intention is sold off of her expression, so it was really important that they get good reference for that.

For the rest of the game, it’s really just communicated through his voice and hands. How can we funnel the performance through those two devices? I’m used to being able to at least have the character be animated to show intention, and have a look that sells what he’s thinking. How do you do that when you have nothing but your voice and your hands in the game to communicate your thoughts and intentions, and those hesitant pauses and moments of repose? It’s really a challenge.

It was really interesting to do that side by side with “The Last of Us,” which uses the full performance capture—to work on two games at the same time that were so narrative and character based, and have two different processes. I guess more than anything, I’m just glad that I’m a part of something that I’m going to geek out over later.

We’ve kind of evolved from just a videogame to interactive and now immersive. That’s where I see games are going.

As told to Daniel Lehman.