Acting the Anomalies in ‘Fargo’ Season 2 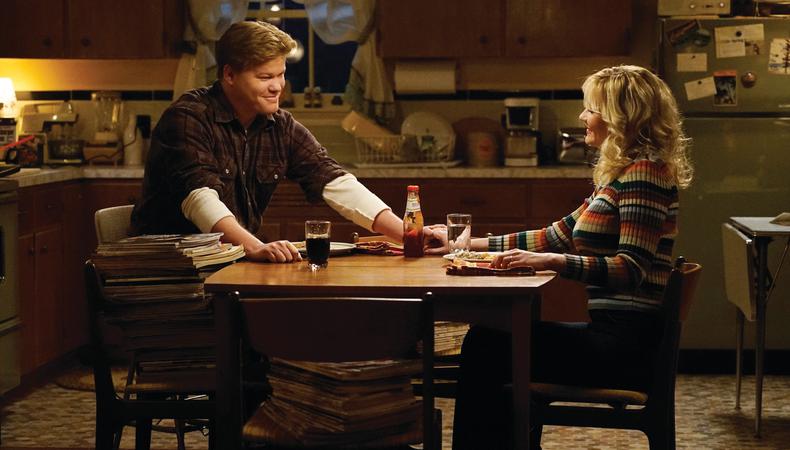 There’s a scene in the middle of the bleak, black comedy of Joel and Ethan Coen’s feature film “Fargo” that does almost nothing to advance the plot. After Marge (Frances McDormand) reconnects with high school classmate Mike Yanagita (Steve Park), she learns that everything he told her about his marriage and his wife’s subsequent death was made up.

For Noah Hawley, the detail is quintessential Coen: mundane yet revealing, tangential yet crucial to the narrative. “It reinforces the truth of the story,” he says, “while allowing you to expand and move away from plot into something weirder.”

As creator of FX’s riff on the classic film, an anthology series that expands on and experiments with the Coens’ dark vision of Minnesota, Hawley gets to play with such anomalous moments; the show’s format, essentially a different 10-hour movie each “season,” has none of the usual demands of a film or a TV show. “If you’ve got two hours, ultimately, the plot drives the movie,” he explains. “Some are more avant-garde or character-driven, but generally it’s, ‘Let’s get to it.’ Each scene has to push you toward your end. [An anthology series] is not that and it’s not a TV show, where you can never burn anything down.”

His approach led to an award-winning first season that doubled as both a masterful exercise in atmospheric storytelling and a gripping crime thriller that burned quite a few things down. Starting mostly from scratch for Season 2 (which debuts Oct. 12 and stars Patrick Wilson, Kirsten Dunst, and Jean Smart) allowed Hawley to ask the same question he asked the first time around: “What are the Mike Yanagitas we can use this year?”

Set in 1979 in Sioux Falls, S.D., and loosely based on an actual diner massacre that occurred there, the sophomore season serves as a prequel of sorts to last year’s 21st-century story. Hawley peppers the screen with narrative anomalies: a shoe in a tree, a cabinet full of stolen toilet paper, mysterious lights in the night sky. “Everything in the show means something,” he says. “If you really look at the time period—post-Watergate, post-Vietnam, after a president had resigned—there was this paranoid mindset that the American narrative had become so complicated.” The period-specific music and split-screen styling emphasize Season 2’s chilling yet absurdist vibe.

“To throw out [all of Season 1] was a risky and frightening move,” Hawley admits. “But it felt right because Joel and Ethan never make the same movie twice.”

It’s also a substantially bigger story this time around, in part because Hawley liked the idea of writing for an ensemble of actors and taking time to get to know each character. “This 10-hour movie format really allows you to tell all parts of the story,” he says. “Sometimes the person you enter a scene with is not the person you leave the scene with.”

Actors who demonstrated an understanding of the distinct “Fargo” tone were the ones who best fit Hawley’s characters. “I don’t write with actors in mind,” he says, so auditioning performers was crucial to envisioning their place in the story. “This world is so specific, and these characters are hopefully so specific, [that] you need to see it.”

Underplaying both the drama and the whimsical was also important; Jeffrey Donovan booked his role as a mob boss’ bearish son after chatting with Hawley, who knew the actor’s energy would match the show’s. “What ‘Fargo’ is in my mind is the tension between comedy and tragedy, as opposed to comedy and drama,” he says. “We can’t do melodrama and we can’t do farce.

“These things will be funny to some, creepy to some, and just part of the story to the rest,” he adds. “Accept the mystery. Fish fall from the sky. I don’t know. It happened. Does it have meaning with a capital ‘M’ or does it just happen? That in itself has meaning—about the randomness of life.”

Jack Smart
Jack Smart is the awards editor at Backstage, where he covers all things Emmy, SAG, Oscar, and Tony Awards. He also produces and hosts Backstage’s awards podcast “In the Envelope” and has interviewed some of the biggest stars of stage and screen.
END_OF_DOCUMENT_TOKEN_TO_BE_REPLACED