Your Acting Career Isn’t as Fragile as You Think 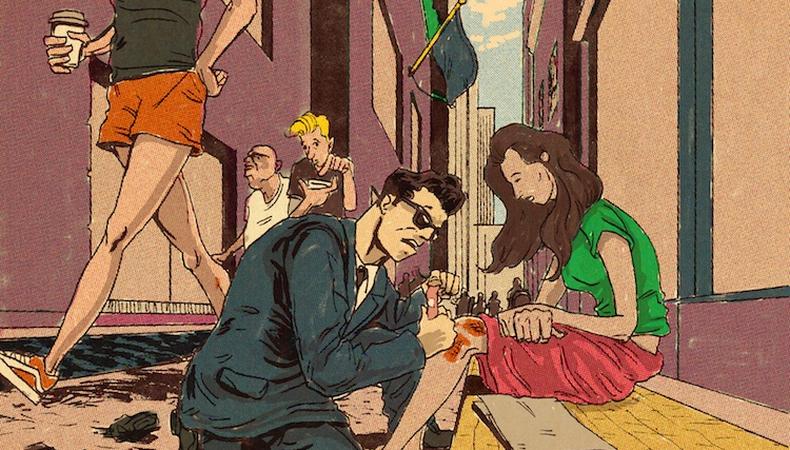 I’ve got a friend who’s dying. Well, not really. He just thinks he is. I remember this one time when the dude noticed a rash on his forearm; he Googled “arm rash” and found the worst possible outcomes online, with gory pictures attached. So he proceeded to freak out and raced to the doctor, convinced his arm would have to be amputated. It turns out he had a mild case of poison ivy.

(If you ask me, hypochondriacs shouldn’t go hiking. But hey, this is Los Angeles—everyone goes hiking.)

A lot of actors are like my friend. Whenever something goes wrong, no matter how minor the incident, they automatically assume their careers are over. Nothing could be further from the truth. Remember: Robert Downey Jr. went to prison, and now he’s Iron Man.

One of my clients—let’s call her Kelly—had been bugging me to get her in the room with a certain casting director who works on one of her favorite shows. Well, I finally came through, and she got to audition for a guest star role that was a perfect fit. Unfortunately, Kelly had built the encounter up so much in her mind that when she went in, the poor girl came down with a case of the shakes during her read, and it killed her chances of booking the job.

READ: Why All Actors Have to Kiss Perfection Goodbye

This sort of thing happens all the time. Agents know this. And most casting directors are people, so they understand every actor is entitled to a bad day. But my client was convinced she had blown her one shot to get to know that office. Over the next few weeks, Kelly begged me to send her apologies to the casting director for wasting his time. This went on for weeks…and weeks…and weeks. She just couldn’t let it go.

I’ve been doing this a long time, and I can assure you no career is that fragile. I represent established performers who every now and then lay an egg in a casting office, but they’re professionals, so they shrug it off, knowing that next time will be different. I also work with novices who sometimes do a bad job during an audition. But they know how to keep their eye on the big picture, and they understand that casting directors are twice as forgiving with newbies.

I’ve also had clients freak out when I drop them. They’re convinced it’s game over and they will never, ever find another agent. While it’s flattering to think I’m that special, this kind of response is absurd and unwarranted. Actors get dropped all the time. And you know what? They find new representation. That’s the circle of life here in Hollywood.

This same level of thespian panic occurs when actors aren’t accepted into certain classes, when their plays get bad reviews, and when nominations don’t go their way. These events are all unfortunate, but they’re not career-killers.

Now let’s get back to Kelly. I eventually got her back in that casting director’s office and it went much, much better. This time, she was called back to producers and she almost got the part. As far as I’m concerned, that’s a win.

And guess what? The world didn’t end.