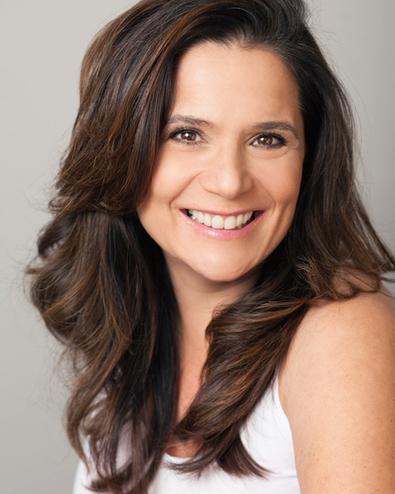 The question has long been raging: Where in today’s world is there space to enact awareness and change with art? Acting coach Maria Capp is creating a space in Los Angeles with her staging of “Dog Sees God: Confessions of a Teenage Blockhead.” The industry veteran is making her west coast production debut with the “unauthorized parody” based on the Charles Schulz-illustrated comic strip “Peanuts.”

“Dog Sees God,” written by Bert V. Royale, is an imagining of what the characters from the comic would be like as teenagers. The play tackles themes of suicide, violence, sex, drug use, suicide, and identity. Capp partnered with the Trevor Project, an organization dedicated to suicide prevention and crisis intervention, to put on the production, of which 100 percent of the proceeds will benefit the Trevor Project.

But at first, the director, originally from Long Island, N.Y., was on the fence about which play to put on, and then something tragic happened in Hollywood that weighed in on her decision.

On choosing the “Dog Sees God: Confessions of a Teenage Blockhead.”
“Both [‘subUrbia’ and ‘Dog Sees God’] had themes about young adults transitioning into life and of finding their place in the world, dealing with the questions of ‘Who am I? And how did I become this person?’ ” she explains. But it was the death of beloved comedian-actor Robin Williams at his own hand that pushed Capp to choose the play she did. After his passing she witnessed the social media response—much of which was laden with misunderstanding, misconception, and confusion about suicide—on the man who brought laughter to so many, but met a deeply saddening end.

“I didn’t know him personally, but he was in my home since I was young. He affected my parents and me and my kids,” says Capp, “And it was profound how people couldn’t come to terms with suicide and how people began commenting on it: It’s weakness; it’s an easy way out; how could someone who had everything take his own life? The whole understanding of mental illness and how that impacts a person—you just can’t know all the pieces of the puzzle.

“One thing lead to another and we have friends out here who are mental health advocates. ‘Dog Sees God,’ I’d directed and produced back east, so I had a thorough understanding of the backstory, character development—both as a musical and as it’s written for children. So when I reread the material, it just touched everything, suicide, crisis intervention, especially in the LGBTQ community.”

On her coaching method.
“I teach everyone that it’s so important to understand two basic principles: first and foremost the character’s point of view as the writer intended. It can be an intellectual, heady kind of process but in order to really be free you have to honor the word and the word’s written intention. For young people that can be a lot to process,” says the coach who works with a wide range of ages. “With middle school and even high school I use the core English and then elements of story.”

Capp bases her method in the 12-step Ivana Chubbuck method where understanding the language of the script can unlock the character. “Once you have that information and [have] done that work, you’re then able to ask questions like, What if I was in this situation? How would I respond? And then I transition to the actor’s point of view—it’s first the character and then the actor.”

On raising actors. (Her daughters are both in the cast of ‘Dog Sees God.’)
Capp comes from an acting family and she recalls how her mother took her to stage productions. Now the tradition is being passed on to Capp’s two daughters and youngest son, who she says has been a professional actor since the age of 5. She also directed a Web series called “Taking a Chance on Love,” written by her daughter Raffaela Capp.

Her biggest piece of advice for parents raising young actors? “Ask questions. That’s the first thing. If they show an affinity for a few interests but you see [acting] is an area they have a natural gift for, and maybe they’re floundering in parts of their lives, you have to generally facilitate and find a place where they feel safe,” she says. “It could be the very thing that gives them a sense of community and belonging and they will thrive.”

She says many parents don’t realize how seriously some of these kids take their auditions or how much pressure they might be putting on their kids. “I’ve seen kids in rooms with stage mothers breathing down her back,” she says. “Me, I sit there, I’m quite, and I watch. If you’re going to do it professionally, yes, there are kids that are very fierce,” she says. “They have the right tools and resources in place and the kids are motivated to work and do it. When they show up in the audition, it’s a business. And even for the kid it’s business.”

Capp is currently trying to raise $30,000 on IndieGoGo for the production until Dec. 22.

Briana Rodriguez
Briana is the Editor-in-Chief at Backstage. She oversees editorial operations and covers all things film and television. She's interested in stories about the creative process as experienced by women, people of color, and other marginalized communities. You can find her on Twitter @brirodriguez and on Instagram @thebrianarodriguez
END_OF_DOCUMENT_TOKEN_TO_BE_REPLACED