Acting Coaches: What Do They Do? When Are They Needed? 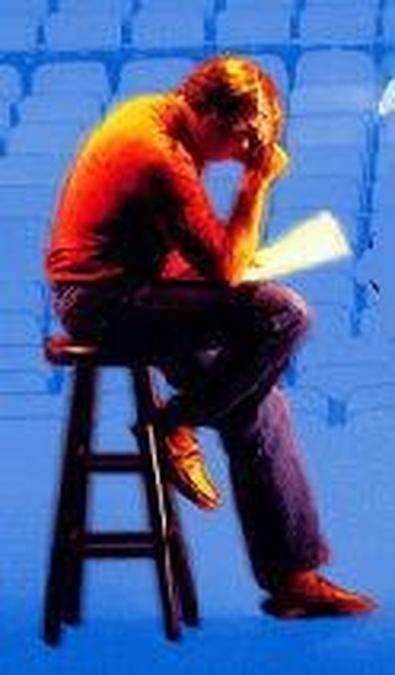 For this year's spotlight on acting schools and coaches, Back Stage chose to focus on the intimate and intense dynamic that occurs when an actor works one-on-one with a personal acting coach. Ten well-respected coaches and actors discuss the process: what it can and can't accomplish, what it's best used for, and what other work may be necessary to supplement it. It's all in an effort to help you decide the best way to go about doing your very best on stage, on screen, and in auditions.

"The point about acting coaching is that it's one-on-one," explains acting coach Sheila Gray. "Coaching is geared to the actor's specific needs and what you do during a coaching session depends on that need--whether the actor is working on an audition piece for an agent or preparing for a role that he has already been cast in."

We talked with six well-known coaches, all of whom stressed that the coaching session is no substitute for the acting class, never was, never will be; indeed, all the coaches encourage their private clients to take classes.

The big difference between an acting class and coaching session is that the class teaches you how to act, whereas the coach helps the actor make "acting choices" for particular projects. In some ways, the coach functions as a director. In most cases, actors who hire coaches have some training and experience under their belts. They have a rudimentary knowledge of how to approach a role.

And, generally, the coaches use the same approach in their coaching sessions as they do in their classes--albeit an abbreviated version and tailor-made for the project at hand.

Monologues for Universities and Agents

One of the most common reasons an actor seeks out a coach is to prepare a monologue (or two) for an audition--often for an agent, sometimes for a particular role, and on occasion for a university theatre department.

Strikingly, few of the coaches we talked with address the question of what agent X or university Y wants to see in an actor. For the most part, the coaches find these concerns counterproductive and an exercise in futile second-guessing. Nonetheless, they have made some general observations about what agents (as a case in point) are looking for; and with that in mind, they are helpful in getting actors to select the right material.

"The agent wants the 18-year-old bimbo or stud who is going to make him a lot of money," notes acting coach Bill Metzo. "Obviously, most actors aren't going to fall into that category. But what they have to do when they're auditioning for an agent is to show that they're saleable.

"That means we're going to have to select monologues that display an actor's vulnerability and accessibility," Metzo continues. "The actor has to be personally affected by the material and have an immediate connection with it. And he has to be able to demonstrate that talent, oftentimes sitting across a desk from the agent."

Acting coach Susan Batson echoes Metzo's view, adding, "When an actor auditions for an agent, we have to help him step into his [the actor's] power, find material that brings out his star quality, the magic of his presence, and his ability to hold an audience's attention. It's very important that the role an actor auditions with--especially for an agent--is in fact one that he could easily play."

For more from the coaches, go to The Members'Area.

Julianne Nicholson is most likely to turn to her coach, Sheila Gray, "when I'm working on a character who is very different from the person I am--in other words, when I'm trying to understand someone who thinks and reacts differently than I would." Material that "I don't initially connect with" would also lead Nicholson to work it through with her coach.

She starred in the Stephen King miniseries, "Storm of the Century," on ABC-TV. "I played a character who becomes possessed and clubs her boyfriend with a cane. Obviously, I've never killed anybody and I am certainly not prone to such reactions, so I wanted to work on calling up those kinds of emotional responses." Nicholson has also turned to coaching to prepare for important auditions.

She says that she did not routinely work out with a coach initially, but, after taking a basic acting exercise class with Gray over five years ago, followed by scene and "improv" classes, Nicholson decided to work with Gray individually. "I like the fact that she looks you right in the eye and is direct in her approach.

"I'll bring the sides that I'm working on," Nicholson explains. "We'll do a relaxation exercise. Then she'll ask me to speak my thoughts out, to go through my day. The purpose of that is to bring out any distracting feelings I might be carrying around with me without being consciously aware of them. If I'm tense about something that has happened that day, or have any other emotions that are very different from the ones I'll need to call upon, this sort of 'talking out' brings them to my attention. That helps me push them aside, so I can concentrate on the reactions I do want to call up. If you're feeling tense, for instance, you're not going to be able to easily get right into a romantic comedy scene."

Nicholson has found that this kind of preparatory work "taught me the importance of pinpointing feelings and reactions I'm carrying with me when I work on something on my own."

For more student feedback, go to The Members'Area