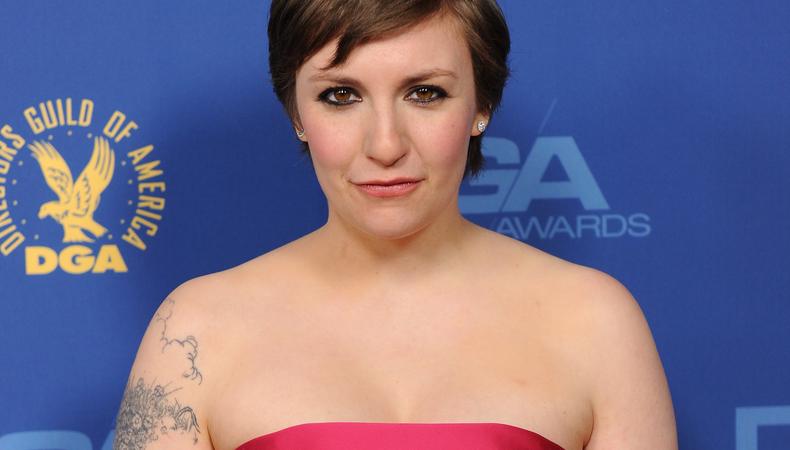 I’ve been thinking about Lena Dunham. You know, multiple Golden Globe-winning executive producer, creator, and star of HBO's "Girls"? Dunham's sudden burst of popularity and even her mere presence as a (relatively new) player in our industry is not only a breath of fresh air, but a treasure trove of lessons for you as an actor. Here are just three that pop to mind that can help you find your way to the red carpet.

1. Be Yourself. I know you’ve heard that a million times. But truth, isn’t Lena just the embodiment of that? She doesn’t have the traditional size 0 body that most female leading women have in Hollywood. (By the way, when did 0 actually become a real size? That just seems wrong.) In fact, she regularly parades around naked on “Girls” despite the fact that she’s not “perfect”. And yet, she doesn’t seem to have a care in the world about it. And it certainly has not limited her success in any way.

She doesn’t think, act, look, or talk the way our common perception of a leading lady in Hollywood “should." And yet, there she is. So how is it that she is such a success? This leads us to…

2. Follow Your Passion. Lena did not sit idly by and complain about her crappy agent and wonder why she was NOT a success. What she did do was CREATE. She wrote and created shorts and did creative projects. This led her to create her indie film “Tiny Furniture” which she wrote, directed, and starred in. That film led her to her deal at HBO, which led to “Girls” and here we are.

As a casting director, what I noticed from meeting thousands of actors over the years, was that many of the ones that were the most successful always had something else fulfilling and creative in their lives. I’ve talked to actors who had antique businesses, who are passionate about doll-making, skydiving, owned and rented out villas in the Italian Riviera, record MP3 meditation CDs, etc. The list goes on and on.

Do you think that that passion and flowing creativity might give you an edge in your next audition or meeting over the other actors out there who aren’t?

My experience says a resounding YOU BETCHA!

3. Make Authentic Connections When Meeting “Players." When I was working on the L.A. casting of the pilot for "Girls," there was one thing that certain actors did that lit Lena up like a Christmas tree. If you do this regularly, you will give yourself a great advantage in this business.

Find out a little about the people in the room BEFORE you get in there. Sure, it's easy to know about the Aaron Sorkins and JJ Abrams of the world and all their projects.

But many times, when you audition for a pilot, the Creators are NOT that well known, like Lena Dunham when we did the “Girls” pilot. For goodness sakes, GOOGLE THEM! IMDB THEM! Find out what you can.

Will it get you the part? Probably not. But will it make the beginnings of a CONNECTION with a mover/shaker in this industry? Abso-freakin-lutely!

Lena lit up like a Christmas tree when someone came in to our producer sessions to audition and genuinely told her what a fan they were of "Tiny Furniture."

Just do your homework and find a bridge to make a connection or just make someone's day.

Keep planting seeds like that and watch the amazing harvest you will have in your career.

Amy Jo Berman is former Vice President of Casting at HBO and for 14 years has overseen the casting of over 150 films, mini-series, and series. She is the founder of Audition Polish, a membership-based audition coaching program that has helped actors around the globe nail their auditions on the first take. Using her 18+ years of technical audition experience in the casting room, Amy has helped thousands of actors with her tele-classes, private coaching, workshops, and seminars. Amy loves staying in touch with actors on social media. Watch her video acting tips on Youtube, join her Tips On Acting community on Facebook and get her VIP event updates here.

Amy Jo Berman
Audition expert Amy Jo Berman has been a powerful influencer in the entertainment industry for 20 years, as well as one of the most sought-after acting coaches in the business.
END_OF_DOCUMENT_TOKEN_TO_BE_REPLACED