Acting Between the Lines 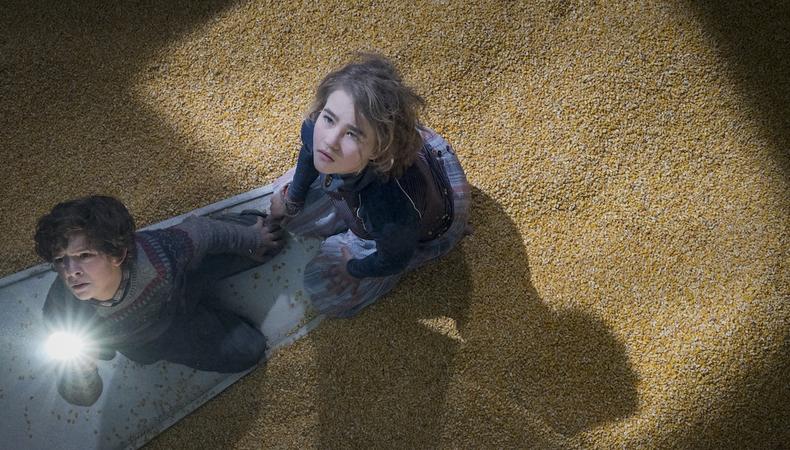 Emma González, a Marjorie Stoneman Douglas student and activist, spoke for just under two minutes at the March for Our Lives rally in Washington. She described the effects of gun violence in emotional detail and recited the names of classmates who were killed by a school shooter. Then she said nothing for four minutes and twenty-six seconds. It was her silence that was perhaps the most influential statement of all, communicating, “We are angry, hurt, and we will not go away quietly.”

Emma’s use of silence was a powerful example for young actors: the lines in the script are only a part of the scene. When I was a young actor and got cast in a show, the first thing I did was count my lines. I thought the number of lines I had would determine the size and importance of my role. Today, one of the biggest mistakes I see all too often is acting the dialogue only.

When handed an audition side, take a look at the amount of black type and white space on the piece of paper. What percentage of the paper is white? 30 percent? 50 percent? 70 percent? That space is all actable.

Consider this scenario. Your friend accuses you of stealing her boyfriend. You may have indeed done so and don’t want to fess up. She is probing deeply with lots of questions. She is raging, firing away with even more accusations. You process your thoughts, think about whether to tell the truth or lie, stay silent while figuring it out—any number of reactions before you utter a word. All of this fascinating behavior is happening on your face and body between spoken lines of dialogue.

READ: John Krasinski on the ‘Power of Performances Without Words’

Recently, some of my students were auditioning for a horror film in which two sisters are alone in their house when they hear someone enter downstairs. One sister is huddled in the corner fearing for her life while the other is taking action, figuring out what to do to stop the perp from getting to them. There is not much dialogue on the page but there is a lot of stage direction: Girl nods, a troubled look in her eyes. She listens intently, breathes deeply, stares out the window. She hears another noise. Did the front door open? Is the perp inside, getting closer? She goes to the door, pauses, listens. She hears another sound and freezes.

What’s an actor to do in those moments? The girl is fighting for her life, so a savvy actor will react to what is happening with that intention. How? By freaking out, taking charge, crying, or creating a game plan. Actors must make choices and create non-verbal reactions that convey action and even show thoughts. To create a believable, real-life scenario, his acting between the lines must occur.

One of my favorite acting exercises is “five lines in five minutes.” The actor can only utter five lines and must take five minutes to do so. This exercise will allow students to explore other ways to communicate and try to get what she wants. For example, if the character’s deep need in the scene is to get her mom to stop drinking, what can she do other than speaking while the mom is avoiding the subject? Sitting in the silence while her frustration is building will allow the lines to come from a real place when finally spoken.

It’s not comfortable to sit in the silence. We use the words as a cover-up, a crutch. But sit in the quiet, be uncomfortable and see what happens. Use this exercise in your daily life which is, of course, the best playground for an actor.

You’ve all heard the phrase “acting is reacting.” We don’t act only when speaking. Watch, notice, observe and listen to your real life. We act, react, and respond all the time, non-verbally, in the silence, between the moments. Emma Gonzalez showed us the power of silence. Use her speech as an inspiration to become more comfortable using silence and non-verbal communication in your acting. That’s how you create magical, real scenes.

Denise Simon
Denise Simon is a New York-based acting coach and career consultant who has been involved in the entertainment industry for more than 30 years as an actor, teacher, director, casting director and personal talent manager.
END_OF_DOCUMENT_TOKEN_TO_BE_REPLACED