You Are an Actor, and You Are Enough 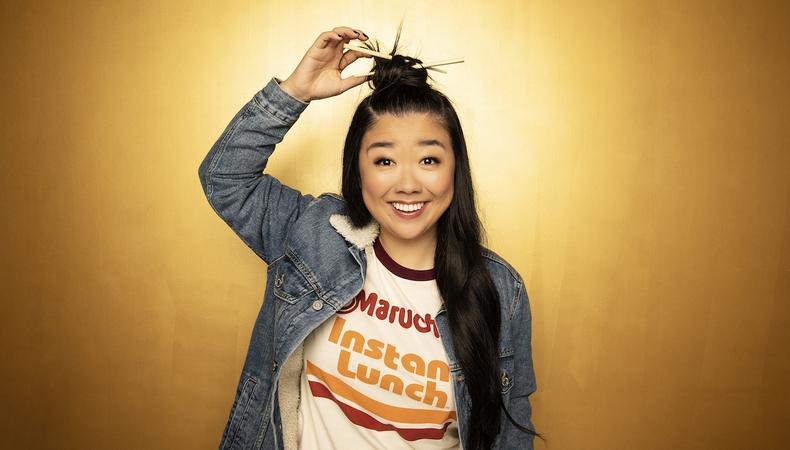 The following Career Dispatches essay was written by comedian, actor, and writer Sherry Cola, who can currently be seen starring on Freeform’s “Good Trouble.”

As actors, we often hear, “Don’t be in your head.” But what does that even mean? It took me a while to realize that the more I let go and stop thinking, the more I discover what I’m capable of—which is a hell of a lot.

Ever since I can remember, I’ve always analyzed everything to a fault. I found myself trying too hard to do something a certain way because, in my brain, that’s how it was “supposed to be.” Well, guess what? There’s no perfect way to do anything. There’s no right or wrong to delivering a line. There’s no Golden Rule on how to express yourself.

Because I started in stand up and built a small audience with over-the-top character videos, my first instinct as a performer is to do anything I can to get a laugh. Where’s the button? What’s the punchline? But—plot twist! Sometimes I don’t need one. Of course, I’m still learning as I go, but whether I’m in an audition room or on a film set, it’s becoming clearer and clearer that I don’t have to bring out a rubber chicken or squirt water from a plastic flower to make an impact. The key is to walk in with one important prop: ME.

Peter Paige (creator and executive producer of “Good Trouble”) recently told me that actors are the worst liars. It took me a second to fully grasp, but it makes so much sense. See, the common misconception is that actors are the best liars, because we’re “pretending” to be other people. But are we? Is it make-believe, or are we actually just revealing a different version of ourselves? Turns out, at least for me, the fantasy isn’t that far from reality.

This past year, I made a personal jump from comedy to drama. I’ve really surprised myself with what I can bring to the table. Nothing is impossible. I was fortunate enough to be in an indie directed by Drake Doremus, who’s widely known for his raw and organic style of filmmaking. (Watch his breakout feature, “Like Crazy.”) Doremus allowed us to play around with our conversations during takes and find the honesty in the scene. And the word “honesty” stuck with me. I learned how much beauty there is in just being natural and not over-performing. At one point, he said, “If it feels like too little, give me even less.” Wait…. So I don’t need to swing my arms around and exaggerate my facial expressions? There’s a simpler and more effective method to get the point across? What a concept. Switching from loud to subtle was a nice challenge, and it was definitely worth taking. It made me a better actor! At the end of the day, I didn’t go out of my way to change myself. I was still me the entire time.

All of my experiences contribute to the role I’m embracing at the moment. I transform, sure, but at the core, I stay the same. I’m a sponge. I wring myself whenever I hear “Action!” I’m constantly absorbing. From every rejection to every paycheck, I’m stretching my limits and adding to my list of skills. Whether it’s being lighthearted and making people roll on the floor with joy or being knee-deep in emotion and making people bawl their eyes out—that’s from within me. There’s no one else in the room doing it. It’s me! I have to trust that….