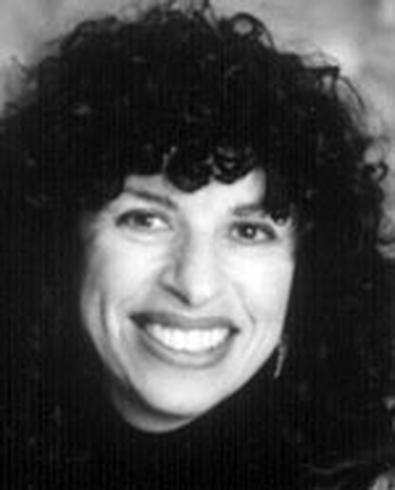 If you fear that you lack the esoteric skills required to act in Restoration comedy, join the club. Even accomplished British actor Simon Callow admits in his book Acting in Restoration Comedy (Applause Books, 1991) to being initially terrified.

Restoration comedies are plays by such late-17th- and early-18th-century British playwrights as William Congreve, Aphra Behn, William Wycherley, George Farquhar, John Vanbrugh, and, later, Richard Brinsley Sheridan. Molière, too, is sometimes considered a scribe of the Restoration era, by way of France. (Officially, the four-decade English Restoration began in 1660 with the resumption of the reign of Charles II, who reopened the theatres and allowed women on the stage.) Most of the era's comedies concern money and sex, and as University of California, Irvine, drama professor Robert Cohen writes in Acting One/Acting Two (McGraw-Hill, 2007), they're noted for "caustic wit, amorous adventurism, and the unflagging satire of pretentious fops" and for "carefully crafted prose."

And the key to playing Restoration comedy is mastering that witty prose.

Stage, film, and TV director Ron Lagomarsino (currently directing Constance Congdon's adaptation of Molière's The Imaginary Invalid at San Francisco's American Conservatory Theater) says of the society presented in these plays, "The art of conversation was all-important -- how you approached a potential client, a lover. The characters who don't have a grasp of the language, like Mrs. Malaprop [in Sheridan's The Rivals], come up with the short end of the stick; they're ridiculed."

How do you meet the demands of the language? Callow warns that unlike in Shakespeare, "you don't have the sensuous, emotional lubricant" of the verse to aid you. He compares tackling dialogue in Restoration comedy to a horse and rider: "You can't climb on the back of the text expecting it to sustain you." He writes, "You have to be ahead of each thought, in perfect command of the sequence of ideas.... You can never let the mind falter, never lose the energy." He doesn't mean "talk fast," however, but the opposite: "If the audience loses the sense of what's being said, then the plays can seem like a lot of people archly posturing together."

So that's one of the challenges of Restoration comedy: to deliver this elevated language elegantly, playfully. "People actually got fun out of manipulating language," Callow writes. "It's like jive talk.... It was a mutual game of 17th-century society to talk in that manner."

But that's not all. You also have to understand that while the characters were written as archetypes, they still need to be real, personal, and true to you. Callow says you need to identify the archetype you're playing before layering on the character's quirks and contradictions: "The stereotypes have to be recognized and embraced before they can be embellished."

Lagomarsino agrees, pointing out that even contemporary comedy contains archetypes. Archie Bunker, of TV's All in the Family, is an example of Pantalone, a basic commedia archetype, "always spouting off, being duped by people around him." He adds, "Comedy through the ages goes back to commedia, which itself is based on Roman comedies."

But once you understand your archetype, you don't want to play a cliché; you want to manifest your character's truths in ways that are fresh, Lagomarsino notes. "I think sometimes young actors feel these characters are outside of them because of the language and period," he says. "But from Mamet back to any of the playwrights of this period, [you have to ask yourself,] 'What does my character want? To what lengths will I go to get it? What's the scene about?' "

As Callow writes, "It is crucial to find the reality of these people and not attempt a cartoonlike theatrical stylization."

Regarding style: Rod McLucas writes in "Some Rehearsal Notes for Molière and Restoration Comedy Style," a chapter in the anthology Movement for Actors (Allworth Press, 2002), that focusing on style can lead actors astray. It's important to remember that the style that the characters exhibit is a direct and organic outgrowth of their place in the society of the time -- in the same way, he observes, that in our own time devotees of hip-hop exhibit one style, members of the "corporate power elite" another style entirely.

It's also about allowing the costumes and accessories -- huge skirts, corsets, fans, swords, and so on -- to dictate your movement in specific ways. And it's useful to understand that 17th-century society was obsessed with details. Actor Danny Scheie, who appeared recently in Amy Freed's Restoration Comedy at San Diego's Old Globe, says Freed explained to the cast how the lifting of a finger had huge significance. "I think a lot of actors make the mistake of thinking, 'I have to learn this style,' " Scheie says. "But the point is it was such an extremely stylized society that everyone was trying to get it right, making mistakes. If you think there's a right way to do it, you're defeating the purpose of Restoration comedy. The imperfection, the mistakes are what it's about. People were grappling with [how to do it right]."

It goes without saying that a bustle, a corset, and an elaborate headdress necessitate different movement than do your everyday jeans and flip-flops. For men it's the same thing: High-heeled shoes, tight trousers, decorative swords dangling from your waist, and heavy wigs dictate part of your physicality. And your accessories offer all kinds of opportunities. Women have folding fans, which, as Cohen notes, can be used to fan the heat of your escalating passion or to coyly hide behind, among other actions. Men's embroidered handkerchiefs can be used to punctuate speech in various ways. Cohen writes that actors specializing in Restoration comedy research and invent all sorts of movements and flourishes with their accessories. And Callow notes that you'll want to make the clothes work for you, not against you. So, for example, if your gown has a long train, you'll need to kick it out of the way when you want to turn -- and that "can be a very effective form of punctuation." He adds that people of that era used their wigs, bustles, and the like "as natural accessories to their normal human expression." So can you.

But in addition to incorporating your wardrobe into your physicality, you have to acquire some basic forms of social behavior. McLucas writes in detail about resting and standing positions of the era, and while there's too much to describe here, a few things deserve mentioning. For one, not only women in their stiff bodices but men too sat straight up, "rarely leaning back against the back of a chair." And, of course, bows and curtsies were de rigueur. McLucas provides exercises to help you acquire these routine physical formalities. Remember, however, that while the basic form of a bow or curtsy is prescribed, the precise way you do it should not only reveal your attitude toward the person you're greeting (Is he or she socially above you, beneath you, or on your level?) but also be in sync with your objective in the scene. For example, as Callow writes, "If I am bowing to a woman that I desire, I take trouble to make sure she experiences it fully. I catch her with my eye, make her aware that I am perhaps touching the ground as I bow, maybe adding a flourish or two with my hand as I go."

Clearly, there's a lot to finesse in terms of period movement and gesture, but Scheie warns that actors should use a light, simple touch. "The humor is in the words," he emphasizes. "That's where you want to get the laughs from, rather than from the physicality." He adds, "It's not about the right way to walk; it's about interacting with the other characters, about how to impress them, or seduce them."