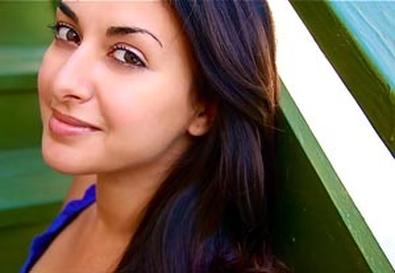 There comes a point in every struggling actor's career when they question whether they are on the right path. Trust me. I pretty much ask myself that every day (so do my parents), and then something will happen to remind me why I do what I do. Why I have sacrificed so much to go down "the artist's way." A few months ago, I was seriously contemplating throwing in the towel. There was a long period where I wasn't booking, my agents were not sending me out, and I had pretty much lost faith. I started to ponder what other course of action I could take in my life that would make me feel the way I do when I'm acting. I quickly realized: There wasn't any.

I decided I needed to jump-start my passion, to remember why it is that I had devoted so much time, energy, money, and resources into this career pursuit. I did the only thing I could think to do: I started writing. I wrote about the way I was feeling, about why I love this craft so much, about what inspires me. I've always been a writer—poetry, short films, TV pilots, etc. But this was different. This writing was for me and me alone. It became a catharsis of sorts and allowed me to freely acknowledge my fears, my hopes, my dreams.

I specifically recalled my first few years pursuing acting in New York. I was so incredibly driven, to a point of no return. I was focused, and nothing could shake the belief I had in myself. As a relative newcomer to Los Angeles, I wondered how I had somehow lost that fervor along the way. I realized I needed to take it back down to basics and remember why I loved acting so much. I needed to act!

I submitted myself for the lead role in a no-pay short film. It was an intensely dramatic script that would allow me to flex those muscles I hadn't exercised in a while. I booked the part, and during one of the pivotal scenes, I gave in completely to the moment. I had found that feeling again—that love, that desire, that passion. Riding the wave of this reclaimed love, I booked the next two projects I auditioned for and enrolled myself in a new improv class.

The uncertainty of this industry is what drives most people away, even those of us who have been committed for so many years. But ultimately it's a matter of will and the steadfast belief in yourself that you are, indeed, on the right path.

Tamara Dhia is an actor and writer based in Los Angeles.