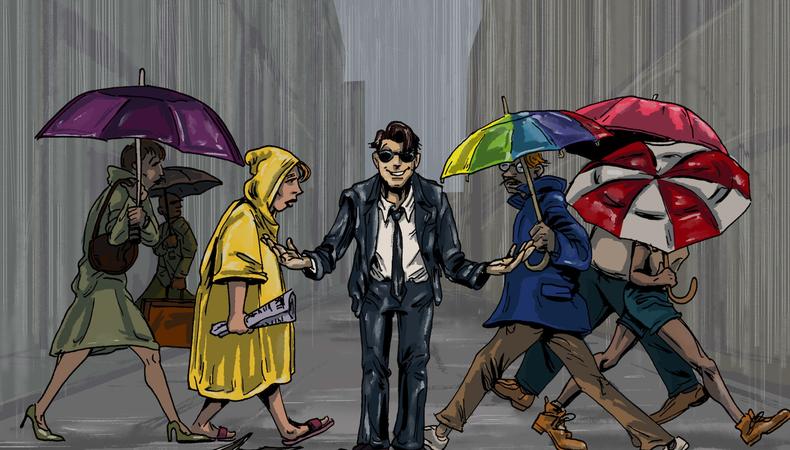 The phone rings. It’s my client. He’s calling to tell me how his audition went. The kid fixates on a mistake he made in the second scene. He can’t let it go. He just goes on and on about how he bungled the most important line, how it’s now the end of the world, how the casting director will never see him again, and how his career is over.

An hour later, my client finally allows me to get off the phone. I consider everything he said. It’s a slow day, so I decide to take the situation a step further. I call the casting director. Tell her the story. And she has no idea what I’m talking about. The woman tells me the kid did a great job and will be getting a callback to read for producers.

This sort of thing happens all the time. Industry professionals focus on the big picture. Actors get consumed by moments that don’t matter.

Over the years, I’ve gone to see a ton of clients perform onstage, and when I meet them after the show, they always apologize because their performance was “off” that night. My perspective? They were terrific. And when I say as much, the actors always point out in great detail what they did wrong.

I’m a smart guy, but you know who’s brilliant? Thomas Gilovich. Let me tell you why. While working at Cornell University, the man did a series of studies that will help you understand that most people don’t remember the little boo-boos that tear your soul apart.

Gilovich arranged for five test subjects to arrive at his lab at the same time. They were led into a room and asked to sit on one side of a table and complete a questionnaire. What the participants didn’t know was that Gilovich had arranged for another test subject to arrive five minutes later. This latecomer was met before entering the room and asked to wear a T-shirt that had a picture of Barry Manilow on it. Why? Well, the study was about the psychology of embarrassment, and pretesting had revealed that the majority of Cornell students wouldn’t be caught dead in a Barry Manilow T-shirt.

So the latecomer put on the offensive T-shirt, entered the room, and found himself facing a row of fellow students, all staring right at him. Everyone froze. No one moved. Then Gilovich explained it might be better if the latecomer waited outside, and he promptly escorted the guy out of the room.

Therein lies the lesson, folks. You made a small mistake? Let it go. Because the odds are that no one even noticed.

Ready to put this advice to use? Check out Backstage’s Los Angeles audition listings!