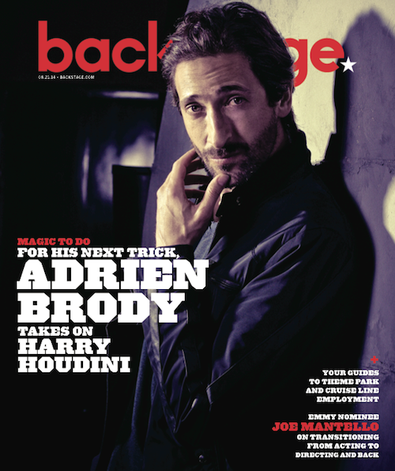 Time is not kind to legerdemain. As the years pass, magicians who once wowed thousands fall by the wayside as technology relentlessly advances, rendering their sleights of hand obsolete. And then there’s Harry Houdini.

More than a century after his heyday, Houdini remains a household name where his rivals have disappeared. And to underscore his continued relevance, History premieres its two-part miniseries Sept. 1 and 2, directed by Uli Edel and starring Adrien Brody as the man who defied death and defined the American dream.

Coaxing the Oscar winner to star on a cable miniseries was surprisingly easy. “I’ve idolized this man from as early as I can remember,” Brody says. “My first love was magic. I, as a boy, was really infatuated by magic and the concept of illusion and the potential for real magic. And I think as I got a little older, I became a bit more cynical and I lost that feeling and I found it in acting—miraculously, because it is much more unpredictable.”

Though physically they’re dissimilar—Houdini was stocky where Brody is lean and wiry—Brody’s transformation into the magician is remarkable. Over the course of four hours, viewers follow Houdini from his life as poor immigrant Erik Weisz to the renowned, revered magician who made a fortune by escaping from increasingly terrifying, self-imposed traps.

Those escapes—from straitjackets and freezing rivers and Chinese water-torture contraptions—are faithfully recreated in “Houdini” by Brody, Kristen Connolly as his wife, and Evan Jones as his assistant. Along the way, the secrets to his seemingly impossible feats are often revealed to the audience. 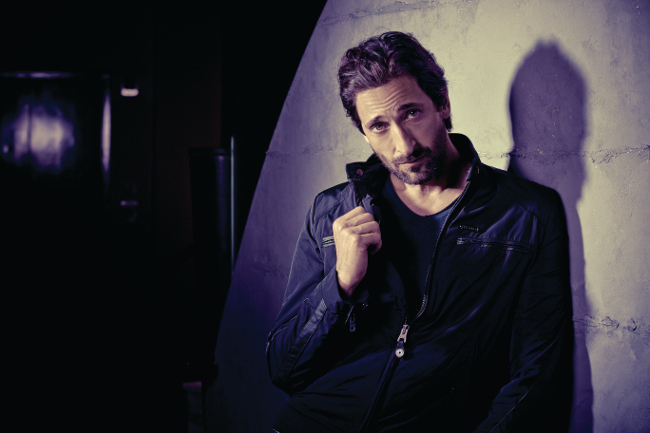 “There is an oath not to reveal certain tricks. And I had issues with this,” Brody admits. “But the audience will gain an understanding of how some great illusions worked. You could probably find them online these days. I feel like it’s an interesting facet of the storytelling, but I don’t really like that certain things are revealed because he wouldn’t have wanted to reveal them.”

Despite Brody’s trepidation about the explanations, he adds that Houdini himself once offered to sell his tricks. “At one point, Houdini was so broke he tried to sell all of his secrets to a magazine for a nominal number, and they turned him down,” he says. “In a year or so, there was an offer for like $100,000—and he never did it.”

But while “Houdini” doesn’t skimp on the magic, it also reveals a few unexpected aspects to Houdini’s remarkable life—chief among them his stint as a spy for Scotland Yard, a revelation that only came to light in recent years. Of course, for a man whose career spanned decades and continents, even a miniseries is forced to leave out some things. But Brody refuses to dabble in disappointment, even as a fan.

“Let’s not harp on regret, because it doesn’t do much,” he says. “The wonderful thing is I got to understand the complexity of this man much more fully than I did in the past and appreciate what he endured. It goes beyond his physical triumphs. I feel like the guy represents the American dream, what all people aspire to do in this great nation.”

That path from nothing to international fame is reminiscent of Brody’s own journey from Queens to movie star. “I have an understanding of what he did, in a way,” Brody says. “And I feel it’s remarkable to have that insight to portray a man and share that drive and what he accomplished as an inspirational source for audiences around the world. And a reminder that the American dream is attainable.”

In fact, stepping into Houdini’s shoes also led to Brody forming his own production company, Fable House, earlier this year. Houdini, Brody says, “rekindled a discipline in me and a desire to never let the obstacles interfere with achieving my goals.” That, combined with years on film sets and a realization that he wanted to be more hands-on, is what prompted the creation of Fable House. “I feel that I have a lot of insight and experience, and I’m older now and I trust in that and I also know how to help protect the trajectory of the project, of what I initially set out to do,” he says. “And sometimes it’s been my experience that even if the intentions were there, some people don’t follow up in the way that they could have and in ensuring that things go according to the plan and to the proposition that was put on the table in the first place. So [‘Houdini’] definitely helped my desire to be a more integral part of the storytelling.” 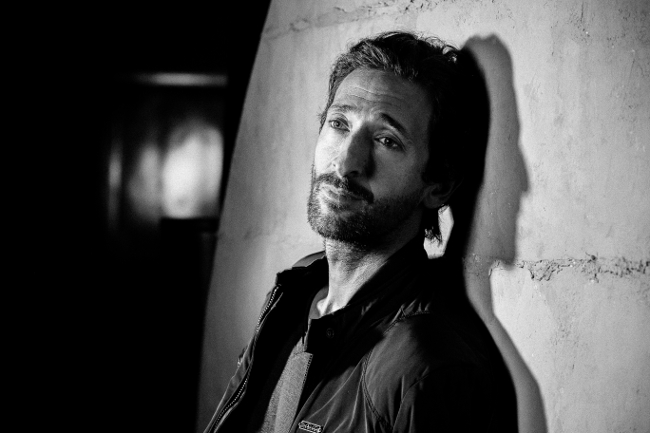 Brody couldn’t be more integral to the success of “Houdini,” though. Front and center for all four hours, he turns in an exceptional performance. Known for his physical transformations—“It will help with an understanding of a character once there’s a physical shift, but it’s one of many levels of the process. I look for the less visible ways to connect to an individual and define the core of him”—Brody also tackled those infamous stunts. Though he had the benefit of teams of technicians watching over him, he still calls the re-creations “nerve-racking.”

“In general, I’m pretty excited by stunt work, and I’ve done a fair share between ‘Predators’ and ‘King Kong,’ ” he says. “I’m not intimidated by degree of risk. But some of these were very challenging and a bit dangerous. But you kind of use that to fuel you; I have to look for the adrenaline rush to play a man who’s surging with adrenaline.”

Houdini wasn’t only known for escaping from seemingly impossible situations; in the last decade of his life, he made a name for himself by exposing fraudulent spiritualists (something also tackled this summer in Woody Allen’s “Magic in the Moonlight”). After the death of his beloved mother, Houdini went from medium to medium in an increasingly desperate search to reconnect with her. When he encountered one obvious fraud after another, he went on the attack, eventually offering $10,000 to anyone who could genuinely contact the other side. His single-minded obsession (which made a powerful enemy out of Sir Arthur Conan Doyle, who believed that Houdini himself possessed magical abilities) is something that Brody refers to as a “distraction.”

“I think he genuinely created a lot of problems for himself by doing what he did, and that stemmed from his inability to cope with the loss of his mother and feeling a personal betrayal,” he says. “And rightly so; you had people luring families into confiding in them and paying them sums of money so they could reconnect them with their lost loved ones.”

That ostentatious cash prize was typical Houdini, however; Brody calls him “the first viral marketer.” “Imagine him performing these things with his insight into marketing and what he’d be able to create on YouTube videos,” Brody marvels, still a fan of the man who escaped poverty, anti-Semitism, and xenophobia to become and remain an icon for over 100 years. “The guy would have millions and millions of followers!”