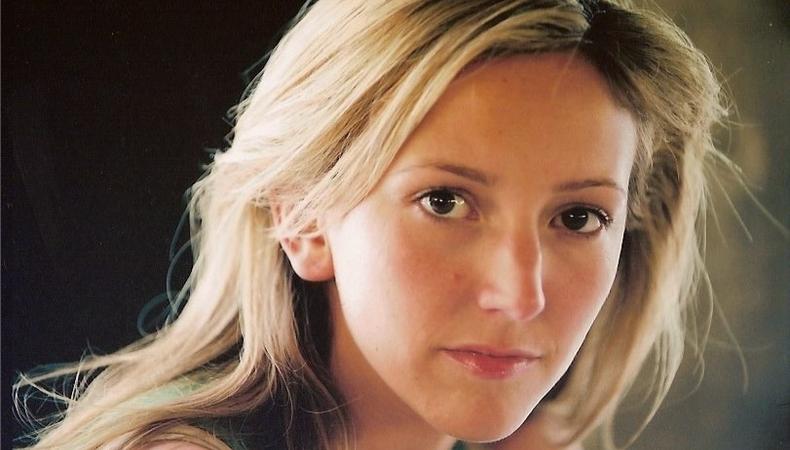 The following Career Dispatch essay was written by Adrienne Campbell-Holt, who is directing the new musical “Other World,” running Feb. 24–March 20 at the Delaware Theatre Company.

We started rehearsals for the New York premiere of Jonathan Spector’s “Eureka Day” when my daughter, Esme, was six weeks old. As a director and first-time mom, I knew the timing would be challenging—especially since my theater company, Colt Coeur, would also be producing the show. But the script was remarkable (and, as it turns out, prescient). So when an opportunity to bring it to the right stage arrived, we said yes without thinking twice.

Being fortunate enough to serve as both director and lead producer on that show meant I had the rare freedom to make accommodations for myself as a new mother. We held rehearsals Monday through Friday, and on the days when I brought Esme along, we designated a small office next to our rehearsal studio as a combination quiet space and lactation lounge. I was also lucky to be surrounded by a number of empathetic parents in the room, including my husband Brian, who played one of the five roles in the show.

“I can count on one hand the number of my peers who identify as female, have children, and direct on Broadway.”

Now, two and a half years and another baby later, I’m directing another remarkable production: the world premiere of a new musical by Hunter Bell, Jeff Bowen, and Ann McNamee called “Other World.” Again, I’ve been completely supported as a mother from Day 1 by the producers and my fellow theatermakers.

But sadly, that kind of support is extremely rare. I can count on one hand the number of my peers who identify as female, have children, and direct on Broadway. I hope to help grow that number, both with my own presence and by making the industry as a whole more friendly to working parents.

The last three years have been filled with reckonings and gifts. Amid everything that’s happened, it feels like I’ve become a different person—and a different director. I’ve gained patience and flexibility. I’ve let go of doing things a certain way just because that’s how they’ve always been done. I’ve learned new language and new tools. And most of all, I’ve embraced the idea of grace and recognized that accomplishments are always the work of a village.

In some ways, the pandemic has actually made things easier for working mothers in the theater industry. Things like remote work, rehearsing virtually, and endless Zoom meetings have blurred the lines between the personal and professional; parents no longer feel like they have to hide the fact that they have children. We’ve learned that we can be deliberate about meeting in person versus virtually. And steps like eliminating six-day rehearsal weeks and 10 out of 12s reflect progress and are better for all, not just for working parents.

But there’s a lot more we could be doing. A few years ago, I might have felt like the burden was entirely on me to research daycare options in whatever region I might be relocating my family to for four to eight weeks. The new me, however, reached out to the theater to ask for help. Theaters are in the habit of fostering relationships with gyms for artists who are in residence short-term; it would be great if there were also relationships with daycares, schools, and/or babysitters, too. It should also become industry standard to provide pack ’n’ plays or cribs, high chairs, and other large items for artists with kids who are working out of town.

Of course, the other area that needs support is childcare for working parents. Leaders like Parent Artists Advocacy League have started offering complimentary playrooms and babysitting at specific performances or during tech; this allows artists to show up and focus on the art without breaking the bank with the additional expenses of childcare.

The swell of empathy and patience that becomes requisite as a parent have made me a better human, a more thoughtful collaborator, and a stronger director. I hope to be a part of the change in our industry that allows—and nurtures—more womxn+ to follow their dreams of starting families and continuing to direct.