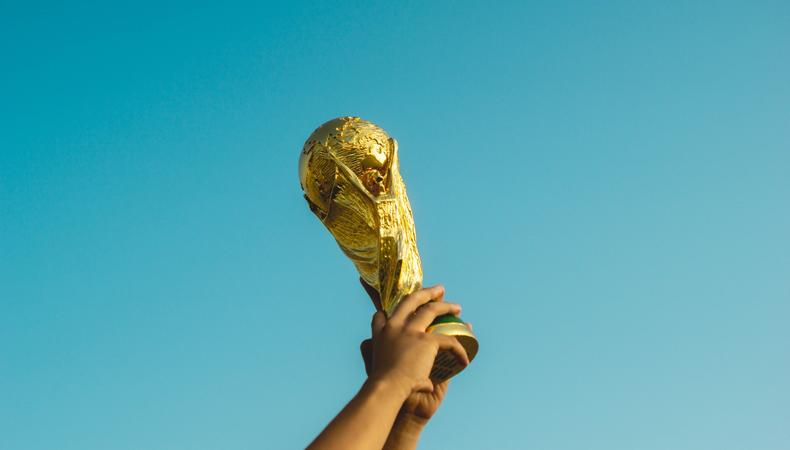 People don’t get into advertising for awards recognition, of course, but in a world crowded with branded messaging, it can feel significant to be rewarded for standing out in a highly-saturated field. But nowadays, the concept of advertising means so many things—print, digital, television, out of home, social media, and a long list of other categories. As a result, more than a handful of awards ceremonies have cropped up to recognize the creativity behind the wide range of work in advertising, marketing, and other media across platforms. Some allow local entries, and many award work internationally, so no matter where your creating, there’s a place for your contributions to be recognized. Here are the ones to know when you have work you want to showcase.

What they recognize: Student, local, regional, and national work is awarded to acknowledge the “creative spirit of excellence in advertising.” It’s the advertising industry’s “largest and most representative competition.” Local winners compete in district competitions and those winners compete at the national level for awards.
Who presents them: American Advertising Federation
Who’s eligible for awards: University students and video, digital, and print advertisements, campaigns, apps, installations, and more of all sizes.
Why it’s a big deal: The awards are the largest and most representative competition and it’s unique because local entries have the chance to receive national recognition.
Notable winners: McDonald’s, Reebok, Google, P&G, UPS, Stacy’s Pita Chips, US Air Force, Ferrara Candy Company, Hawai’i Visitors and Convention Bureau, St. Louis University, The Walt Disney Company
How to apply: Find your local competition to submit your work here.

What they recognize: The global “creative communications industry,” including branded communication, the way brands connect with consumers, and how creativity is “no longer confined to the art of storytelling.” Awards cover communication, craft, entertainment, experience, impact, innovation, reach, and more, with awards within each category.
Who presents them: Ascential
Who’s eligible for awards: Creators in the design, digital, film, marketing, media, PR, and print advertising. There’s also a special award for creators under 30.
Why it’s a big deal: The prestigious conference has taken place since 1954 and creatives have the chance to be honored for their work as well as learn from others in their fields during the course of the event.
Notable winners: Ikea, Google Creative Lab, Nike, Johnson & Johnson, The New York Times, Burger King, HBO, Microsoft
How to apply: Get started by downloading the Cannes Lions entry kit here to guide you through the submission process. Find dates, deadlines, and fees for entry here.

What they recognize: “Bold work that propels the advertising industry forward.” They aim to “inspire a competitive marketplace of ideas and foster meaningful connections within the creative community.” Awards recognize agencies and talent across advertising, sports, fashion, music, entertainment, and health.
Who presents them: Clio
Who’s eligible for awards: Creatives in the advertising field across the world.
Why it’s a big deal: It’s a legacy award, one of the originals, to recognize the best in advertising.
Notable winners: Dunkin’, The New York Times, Budweiser, Toyota, The New York Public Library, Amazon Prime Video, Greenpeace
How to apply: Find dates, deadlines, requirements, fees, and more info about submitting here.

What they recognize: “Excellence on the internet,” on websites, video, advertising, media and PR, social media, apps, mobile and voice, games, and podcasts.
Who presents them: International Academy of Digital Arts and Sciences
Who’s eligible for awards: Creators across the digital space.
Why it’s a big deal: It was the first awards to recognize people creating online and has become “the internet’s most respected symbol of success.”
Notable winners: Disney, Wieden+Kennedy, BBDO, Planned Parenthood, Everytown, SAG AFTRA, Hulu, Guardian News & Media, National Geographic, Aesop, Geico, Mercedes Benz
How to apply: Get started on your entry here and find more info about entering the awards here.

What they recognize: Entertainment marketing and design.
Who presents them: Promax
Who’s eligible for awards: Marketers and creatives in the media and entertainment industry across six continents.
Why it’s a big deal: The competition specifically recognizes those working in marketing and advertising in the entertainment space.
Notable winners: Disney ABC Home Entertainment and Television Distribution, WGN-TV, PIX 11 New York, Tribune Media
How to apply: Learn how to enter and start the process here.

What they recognize: Creative excellence in out of home advertising design.
Who presents them: The Home Advertising Association of America
Who’s eligible for awards: Advertisers, brands, or agencies behind paid advertising in an out of home location
Why it’s a big deal: They’re the premier awards for out of home advertising.
Notable winners: Viceland, Spotify, OkCupid, Twentieth Century Fox, Lyft, HBO, Google Maps, Tedx, Betches Media, Bacardi, Walt Disney Studios Motion Pictures, truTV, Ford Motor Company
How to apply: You can enter here.