Afraid of Shakespeare? Here’s Where to Start 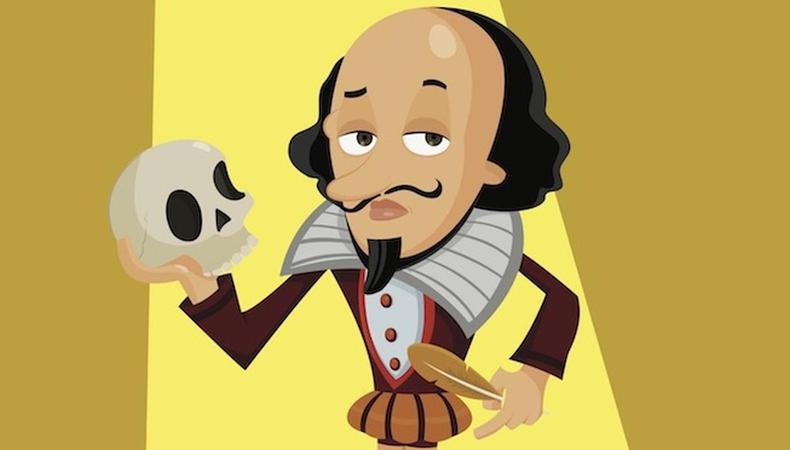 Many actors and English students have told me they are afraid of Shakespeare. They don’t understand his work and think they never will. Actors have even gone so far as to turn down roles with my theater company, saying, “I can’t do Shakespeare.” It takes a lot of convincing, but once I give them a few tips, they realize they can perform Shakespeare and even enjoy it.

If you’re Shakespeare-phobic, there are things you can do to get over your fears and open yourself up to more opportunities. With a little bit of work, you’ll soon be quoting the Bard.

First, get a sense of the story. A site like shmoop.com can offer short summaries of the plays that are easy and often funny. Next, if you’re really serious about this, take a look at Sparknotes’ “No Fear” versions. These will give you Shakespeare’s language side-by-side with the modern equivalent so you can really get a sense of what every single line means. (You can purchase hard copies of these as well.)

At this point, you’ve got an idea of what’s going on but you still want to know: what’s up with the language?

But when you speak the line, don’t emphasize the rhythm. You don’t want it to sound like ba-BUM-ba-BUM-ba-BUM-ba-BUM-ba-BUM. Say the line normally, watching for commas, periods or other end-of-the sentence punctuation. That’s important. Pause when you hit one of those end marks. If there isn’t an end mark at the end of a line, don’t pause; keep going on to the next line.

For example, the following is a line from “Romeo and Juliet” that uses inverted word order:

“So early walking did I see your son.”

All the line means is, “I saw your son walking early.” Don’t let an unfamiliar sentence structure skew your understanding or interpretation of the text.

The last stumbling block is often vocabulary. Shakespeare used high-level vocabulary, but he also coined new words and phrases. If you’re preparing a scene or monologue and are unsure of the meaning of a word, look it up. (The No Fear version will also have the modern meanings and easier definitions of words.)

Finally, don’t just read a scene once and give up. Mark the text with definitions and notes. Read it out loud over and over again. Pretty soon, you’ll be developing an understanding of what Shakespeare is trying to say. Then use your acting skills to figure out the character’s motivation, which will determine how to say the lines. It takes some work, but with a little bit of effort, you’ll be well on your way to performing Shakespeare.

Catherine LaMoreaux
Catherine LaMoreaux is the artistic director of Dragonfly Multicultural Arts Center, a nonprofit community theater she co-founded with her daughter in 2014. Her degree is in theatre from the University of Michigan. She teaches high school acting and tutors in English.
END_OF_DOCUMENT_TOKEN_TO_BE_REPLACED