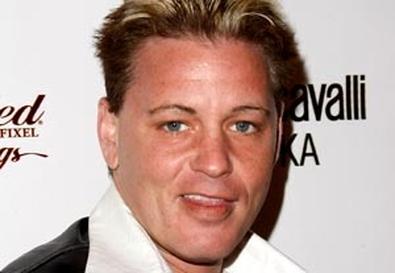 Haim obtained the meds, which included Valium, Vicodin, Xanax and Soma, through seven different doctors and seven pharmacies, Brown said, and he used an alias on at least one occasion.

Brown said it did not appear the doctors knew Haim was obtaining prescriptions through multiple sources. He said in addition to the prescriptions investigators verified Haim filled this year, thousands of pills were obtained in Haim's name.

He called Haim - the star of 1980s films such as "The Lost Boys" and "License to Drive" - a "poster child" for prescription drug abuse. He said that it wasn't just celebrities who were obtaining massive quantities of prescription drugs through doctor-shopping.

"We think it illustrates a problem that is more widespread," Brown said. His office has pursued more than 200 cases statewide involving prescription abuse by both doctors and patients.

Haim, 38, died March 10 after collapsing in his mother's apartment. Haim struggled with drugs throughout his life. He was also suffering from flulike symptoms before his death and his official cause of death has not been released.

Coroner's officials have said they found four prescriptions in Haim's name in the apartment where he collapsed, and all were prescribed by a doctor treating the actor.

Brown, who is running for governor of California, said the doctors who prescribed medications to Haim told investigators they felt duped. He said Haim was able to get the medications by complaining of specific symptoms, such as shoulder pain and that the actor also used emergency rooms and urgent care facilities to obtain the drugs.

He said investigators were able to find the medications obtained by Haim through a state database that monitors prescriptions. The database is available to doctors and pharmacies, Brown said, but its use is voluntary.