The 7 Agent Signs of the Apocalypse 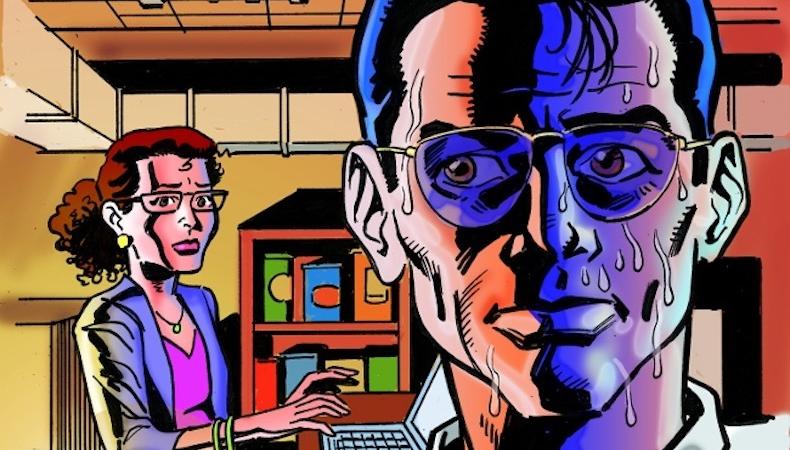 I don’t want to freak anyone out, but I’m writing this column from an underground bunker in the Mojave Desert. My faithful assistant is here with me, using her laptop to monitor conditions on the surface. If the signs are real, it’s just a matter of time before the sky bleeds and the oceans burn.

Sure, you’re probably thinking Secret Agent Man has finally snapped. I don’t blame you. This is a tough business. Stronger men than me have fallen. But rest assured, my sanity is intact. It’s the world that’s about to go crazy.

Over the last few weeks, I have witnessed several abnormal events. On their own, they don’t have much meaning. But viewed as a group, I have no doubt they represent the seven signs of the apocalypse!

It all started with an email I received from one of my clients. He’s an experienced actor who books a pilot every year, but this season didn’t go well. Despite a ton of auditions, he didn’t even test.

When pilot season was over, he sent me the following email: “I just want to thank you for all your hard work. I know pilot season can be exhausting, but you did a great job of getting me out there. I’m very lucky to have you as my agent.”

This sort of thing never happens. That’s why I believe his email is The First Sign—an actor expresses gratitude.

I spotted the next one when I was negotiating a contract for an independent film. On small movies, I often end up drafting language that would normally be there if the filmmakers could afford a decent lawyer. In this case, I was distracted by a feeling of impending doom, and I forgot to put in some Favored Nations language. Luckily, the client’s manager caught the mistake. And there you have it. The Second Sign: A manager makes a valuable contribution.

The next sign involves a deal on a much bigger film. As we started negotiating the contract, the producer explained they had a generous budget and would be happy to pay my client whatever I think he’s worth. The Third Sign: A producer doesn’t claim to be broke.

At this point, I started to realize the end was nigh. All my Catholic school nightmares were about to come true!

The next sign will be hard to believe, but I swear it happened. While attending the opening of a waiver production, I met an actor in the lobby during intermission. We had a nice conversation about the play and then we went our separate ways. (The Fifth Sign: An actor doesn’t want something from me.)

Last week, I had a Skype meeting with an agent in London. We share a client who is just starting to attract attention. As the two of us talked, we were able to see and hear each other perfectly.

And finally, the biblical writing was on the wall when a casting director responded to my submission by bringing in every single actor I sent her, even the ones who didn’t have much experience. The Seventh Sign: A casting director is receptive.

See? I’m not crazy. My fears are real! That’s why I’m hiding in this shelter with my assistant and a month’s supply of food. If the food runs out, I’ve already told my assistant I might resort to cannibalism. And she understood. In Hollywood, we always eat our young.