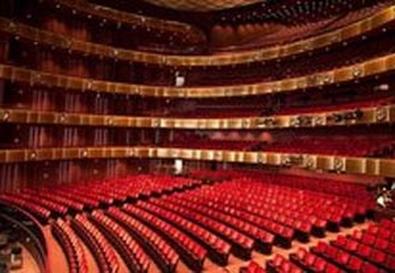 The National Labor Relations Board has received a request from the American Guild of Musical Artists seeking a federal court injunction to prevent New York City Opera from leaving Lincoln Center. AGMA, the union that represents City Opera's singers, chorus members, dancers, and production personnel, filed the request in connection to the charges of unfair labor practices it brought against the company in May.

Due to a $5 million loss, City Opera intends to reduce its season and leave its current home, the David H. Koch Theater at Lincoln Center. AGMA claims that City Opera refused to negotiate or provide any information regarding the move. As a result, the union alleges that the company and its artistic director, George Steel, broke the National Labor Relations Act requirement that the company bargain with AGMA in good faith. The guild also believes that City Opera has planned the move to avoid contractual obligations to AGMA.

Alan Gordon, the union's national executive director, said in a written statement: "If City Opera can move out of Lincoln Center before it bargains with the unions representing its performers (the Local 802 AFM contract with the orchestra also expired without any bargaining about the announced move), it will allow City Opera to benefit from its unlawful acts, and allow a formerly great institution to cause irreparable harm to both its performing artists and to the opera-going public."

NLRB officials are looking into AGMA's charges and injunction request. The guild has requested a meeting with City Opera on June 21, hoping to receive the necessary information to commence bargaining.