'Up in the Air' Screening with Vera Farmiga and Anna Kendrick 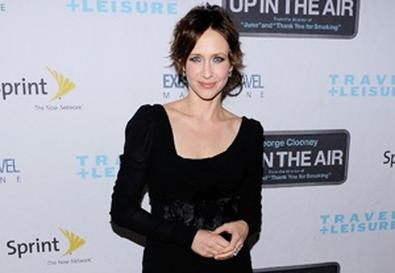 Photo Source: Jemal Countess
On Wed., November 18th at 7 p.m., Back Stage and Paramount Pictures cordially invite you and a guest to An Evening With... "Up in the Air," a special advance Los Angeles screening of the film to be followed by a conversation with the cast members Vera Farmiga and Anna Kendrick.

"Up in the Air" stars George Clooney as Ryan Bingham, a corporate downsizing expert whose cherished life on the road is threatened just as he is on the cusp of reaching the million frequent-flyer miles and has met the frequent-traveler woman of his dreams.

The screening will take place at 7 p.m. at:
The Paramount Theatre (on the Paramount Lot)
5555 Melrose Ave., Los Angeles 90038
Please enter the Melrose Gate (at Windsor)

As a courtesy to your fellow actors, please do not RSVP for this screening if you do not intend to stay for the Q&A portion of the evening. This screening will be monitored for unauthorized recording. Seating is on a first-come/first-serve basis. A reservation does not guarantee admittance.

Vera Farmiga's credits include "The Departed," "Orphan," and "The Boy in the Striped Pyjamas." She was nominated for an Independent Spirit Award for her portrayal of a down-and-out single mother in 2004's "Down to the Bone."

Best known for her role in "The Twilight Saga," Anna Kendrick's credits also include "Rocket Science," "Elsewhere," "Camp," and "The Mayor." In 2010, she has a role in "Scott Pilgrim vs. the World."