The Air of Songs 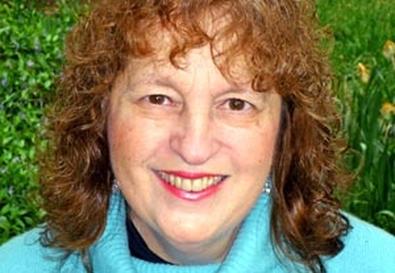 In the 1950s and '60s, there was one Manhattan vocal coach with whom everyone wanted to study: David Craig. As he was married to the great entertainer Nancy Walker, hopefuls might have considered that recommendation enough. But the hard-working Walker wasn't why New York performers fought to get into Craig's classes—fought, that is, until he and Walker moved to California. What students craved was to learn his revolutionary technique at his knee. They did so, as did a new group of aspirants when Craig was lured back to New York five or six times in the '80s.

One of those lucky '80s participants was Sara Louise Lazarus, who had been building a strong résumé as a singing actor while being prevailed upon for coaching by colleagues impressed with her work. Lazarus still hews to the coaching trade, at Circle in the Square in New York, at New Jersey's Paper Mill Playhouse during the summer, and in private courses she offers several times a year with musical director and accompanist Alex Rybeck. The latest starts this month.

Lazarus reports that initially she only observed Craig's classes, but that she learned a lot by sitting through them and paying attention to what she heard and saw, then applying it to the song she expected to eventually present to him. "By the time I got up to sing for David," she says, "my performance of that song, 'A Lady Needs a Change,' had altered dramatically. When I was done singing, David said, 'Why are you here? You already do what I teach.' I explained how I'd been adding in what I'd learned from watching, and David was blown away."

Others were too. When Craig returned to the West Coast sometime in 1988, several of his New York students asked Lazarus to continue running a class. Eager to impart Craig's lessons to many more, she also established classes for singers who hadn't had the opportunity to work with Craig but who wanted to learn what he believed was necessary to put over a song, in performance or at an audition. Now Lazarus and Rybeck are not only relaying Craig's wisdom (also available in his book "On Singing Onstage") but have evolved the technique according to what they've absorbed about changing times for performing and auditioning.

Moving Ahead of the Words

According to Lazarus, "David's classes, which exist on different levels, are attuned to an actor's technique. They're very physical and really help any actor or singer at sea as to what to do with their bodies and hands. If an actor does a monologue, he does it at his own pace, his own rhythm, pausing when it makes sense to him. Songs should be interpreted as monologues, but with songs the composer provides pauses where there might not be pauses and pushes through in places where an actor might normally pause.

"What David and the actors he worked with explored were the unsung spaces, the air of songs, and the principle of having a thought that causes us to move before we speak. Back through evolution, instincts always intuitively make us move ahead of our words. Songs give you that air to use. Thoughts lead to body language in the air of the song. The song then becomes entirely fluent, never stopping. There's a subtext going through it. This is probably the most unique part of David's technique."

Breaking her classes into steps, Lazarus adapts that seminal tenet and expands on Craig's additional belief that there are two categories of songs: "pin spot" songs, in which the lyric has a personal "you," and "house numbers," which are soliloquies or songs sung to a minimum of three people. She begins by "approaching a song as an actor would, with a great deal of respect for the lyrics," she says. "I do monologue work on every single song." At the course kickoff, she habitually assigns students two songs to work on, then moves "to all the actors' questions—the who, what, when, where, why of the person singing this song."

She progresses to "music reading, just to focus on the music rehearsal with an accompanist, where you're translating the monologue and phrasing of the monologue in song." Then, Lazarus says, "it's actual performance, a discussion of and guidelines for body language. So often I see performances where singers know what they're saying, everything's working from the neck up, but what they're doing with their bodies contradicts that or becomes very presentational.

"I believe what I teach allows people to find true body language that they can use in songs, how to find what's true and not what's just cliché and presentational," she continues. "I want them to express themselves from the tip of their toes to the top of their head." Lazarus says of her regimen, "The work is really about how to interpret a song truthfully—to do what actors do: tell the story in the clearest and most personal way."

Two Corrections: In the Jan. 6 Vocal Ease ("The Pleasure of His Accompaniment"), Garry Dial was incorrectly quoted twice. Discussing whether singers prefer to hear the accompanist play a chord before the note they're about to sing or after it, Dial reports that Hilary Kole always wants the chord before, not after. Dial also says that when singers intend to extend a coda as they approach the final phrase, they signal the band by going to any note in the chord but the tonic note, rather than to the tonic.