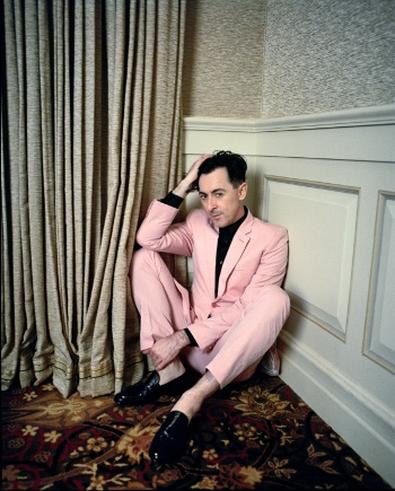 “I like this balance of fun; it’s lovely having young energy around me,” he says. “I feel young; I’m obviously not. I do feel like Daddy. We’re really getting on. At the same time, they are just my co-workers. I think it’s nice that you can show people of that age that you can still be fun and kind—and not an asshole.”

He flushes, washes his hands, and continues without missing a beat. Although it’s his star power—along with movie star Michelle Williams as Sally Bowles—that’s bringing the eager hordes to the theater to see him teasingly croon in the revival, it doesn’t mean he has a lockjaw attitude about never missing a performance. In fact, Cumming missed the previous day’s matinee due to the role for which he’s now familiar to most of America, that of Eli Gold on CBS’ “The Good Wife.” He kicked off an upfronts spectacle by taking the stage to sing “Willkommen” in character as Eli before stripping down to reveal his Emcee suspenders costume, stroking his nipples while singing amended lines that trumpeted CBS’ dominance over its TV rivals.

“I thought it was potentially utterly humiliating,” he admits. “I had to sing things like ‘Enchanté, LL Cool J,’ and things like that. But it was actually a real laugh, quite fun. It’s good to remind people—they forget and think we are just like who they see onscreen—and I’m not.” He punctuates that with one of his hiccuplike giggles. 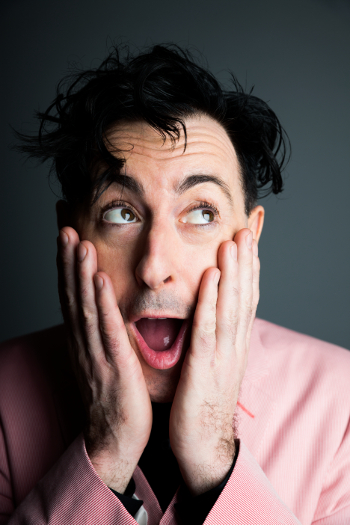 So where does he get his special powers to have the energy to do all of this? He’s been vegan since 2012 and still has the wiry frame of a youngster—as he proves in the skimpy “Cabaret” costumes that continue to reveal his rouged nipples.

“I have vegan powers!” he proclaims cheekily. “I have just been for an IV. No, seriously. An IV of vitamins. I really look after myself. I party like a 22-year-old as well, but I’m a sensible 22-year-old. I always drink lots of water; I take loads of vitamins. I’m very fit. I do stuff. I look at people, the kids more than half my age, and they are falling by the wayside. And I do 16 things before I come in. But I have good genes. My mother is really sprightly. I’ve always been like this. I thrive on it. I like feeling alive!”

His carpe diem attitude is the reason he’s continually described as pixielike or impish. Despite those handy monikers, however, he opted not for Puck but for that daunting one-man “Macbeth”—which seemed humanly impossible. Could he simply be an overachieving masochist? 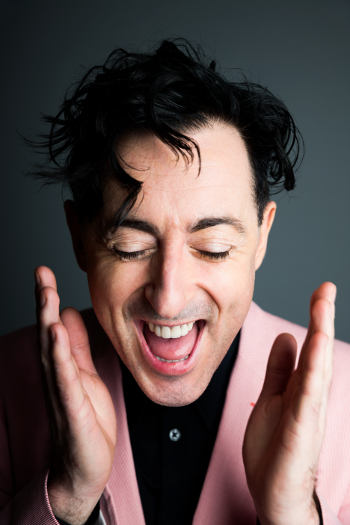 “I wasn’t doing it for awards, to get a Tony or whatever. And I think some people do,” he says, suddenly serious. “I realized, I’m not doing it for the audience; I’m doing it for me. I like it. I want to be able to see if I can still do it. I want to see if I can challenge myself. I want to have a good time. With ‘Macbeth,’ I wasn’t finished with it. It wasn’t out of my system. So when those things happen you say, ‘Wait a minute, don’t get all caught up in that shit.’ The thing about ‘Macbeth’—that it’s so ravishing, so difficult, so crazy—afterward, everything else is a cakewalk. I think for the rest of my career, everything will be not that difficult. That’s a great feeling. There will be challenging things, but not that challenging.”

Is there some dream role or project that continues to escape him? “I’m not a yearner—in any way, in any part of my life,” he says. “I think yearnings are very overrated. I think being open, interesting things and people and experiences come to you. There’s a couple of films I’m trying to get made. But if it doesn’t happen? That’s show biz.”