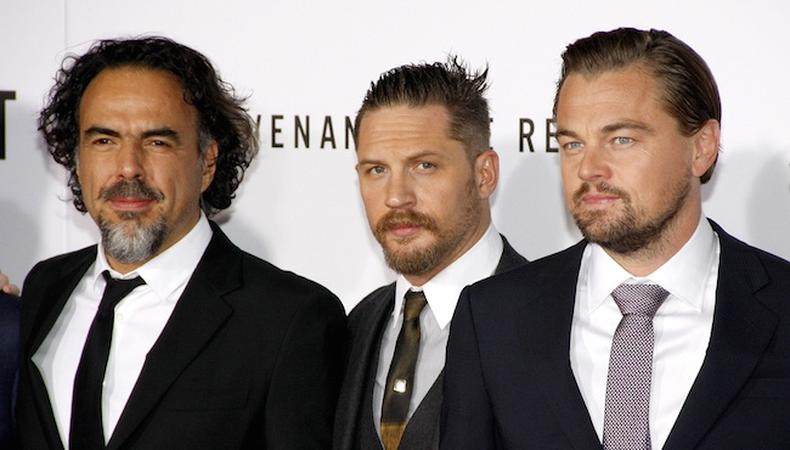 Alejandro G. Iñárritu is seeing double after winning his second consecutive Directors Guild of America Award for “The Revenant” on Saturday.

Iñárritu is the first director in DGA history to take the trophy back-to-back after winning last year for “Birdman.” The director tearfully dedicated his award to the Latino community.

“This hug and this embrace that you are giving to me today goes to a whole country—to a whole Latin American community in this country,” Iñárritu said.

The director bested first-time nominees Tom McCarthy (“Spotlight”), Adam McKay (“The Big Short”), and George Miller (“Mad Max: Fury Road”), as well as four-time nominee Ridley Scott (“The Martian”). Iñárritu, McCarthy, McKay, and Miller are all up for the Oscar later this month alongside Lenny Abrahamson for “Room.”

The Oscar race is thrown for a loop now that each of the three major guilds awarded different films. The Producers Guild of America Award went to “The Big Short,” while the Screen Actors Guild awarded the “Spotlight” ensemble.

Alex Garland won the DGA’s inaugural first-time feature award for “Ex Machina.” Garland directed from his own script, which is nominated for an Oscar.

Additionally, Matthew Heineman won the documentary award for “Cartel Land” centered on Mexico’s drug war. The film is nominated for an Academy Award, alongside fellow DGA nominees “Amy” and “What Happened, Miss Simone?”

Check out a full list of DGA Award winners below.