Alex Garland on ‘Annihilation’ and Why He Cast Natalie Portman 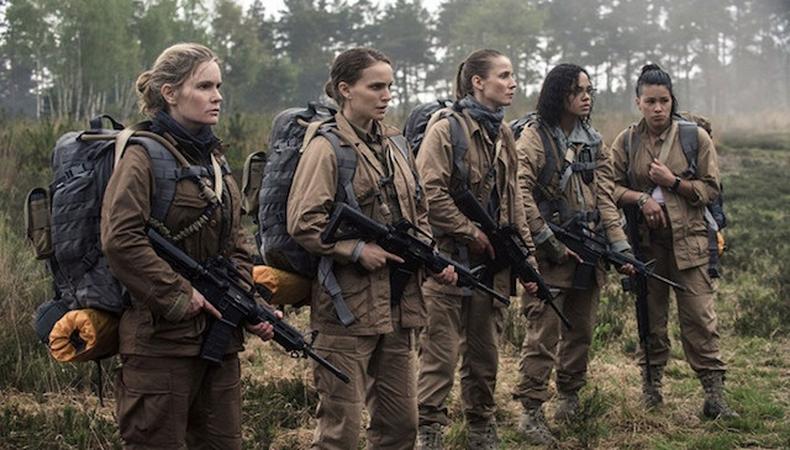 Alex Garland, the writer-director behind heady sci-fi fare like “Ex Machina” and “Sunshine,” might not seem like an actor’s director on paper, but for him, it’s all about allowing actors to explore openly and freely. “My job is giving them space to do what they can do, not telling them what to do,” says the Oscar-nominated filmmaker.

To learn just how he guides standout performances like Alicia Vikander in “Ex Machina” and now Natalie Portman in “Annihilation,” we spoke with Garland about his latest feature film, which brings Jeff VanderMeer’s seemingly unadaptable novel to the big screen, and why what happens in the audition room is the single most important bit of information a director needs.

What was the process like for you adapting “Annihilation” from book to screen?
I responded to what Jeff had done, and that was partly just the sheer originality of his novel, but it was also the atmosphere. I oriented the adaptation around the atmosphere. Because some of the plot mechanics I thought would be difficult to integrate in exactly the way they were written, so it was more focused on the vibe. It begins with the novel, which is a launch point for everyone involved in the film. We all began a conversation, and it was a rolling conversation swapping ideas. It evolved.

How did casting Natalie Portman as Lena come about?
With Natalie, it was because of a simple and specific thing, really, which was that the lead character needed this funny kind of balance of poise and self-control—but between that, a particular kind of damage. It was her ability to hold these two things concurrently, which I’d seen in previous performances, and I just had a strong instinct she’d be able to do that brilliantly. It turned out she really could.

And Tessa Thompson and Gina Rodriguez, these roles are unlike anything they’ve done before. Rodriguez, for example, comes from comedy with “Jane the Virgin.” Did you ever envision that’s who would end up in those specific roles?
No, it just happened that way. In fact, you mention what they’re from, I didn’t know that. They came in, and they both did these brilliant readings. They also just talked so intelligently about it, and they were so kind and interesting and engaging. I didn’t really think about it more than that. For the most part, you have to go on how someone is in the room because that is your most important single bit of information.

What’s your technique for directing actors through this genre space to keep it grounded in real emotion?
I almost have no technique. I don’t really instruct actors or anybody what to do. I’m not that kind of director. In many ways, I’d say I’m not really a director. What I do is, I find people who I think are going to elevate the project to make it better, and then I work with them. And past that point, I don’t want to get in their way. I’m working with them because they’re really good, and they understand the thing they’re doing better than I understand it. My job is giving them space to do what they can do, not telling them what to do.

So you’re not one to give actors notes on set?
Sometimes we’ll have a conversation—“Maybe you could try it this way or maybe like that.” But I’m always quite careful when doing that because what I tend to find is that with good actors, they have their own sense about what they just did and what they want to change. I find that I am more likely to get in the way of that process by saying something. I try to keep my mouth shut, but sometimes for some reason, I open it, and I usually think, “Why did you say something, you idiot?”

What’s a lesson learned in your career you wish you had known sooner?
That it’s going to be more difficult than you think. But I never ever learn that lesson. I forget, and then I re-remember, and then forget it and re-remember. This happens on every single film over 20 years. It’s a weird kind of amnesia that happens, and you just are not able to remember exactly why it’s difficult and how difficult it is. Your brain just does not hold onto that piece of information, and the second it starts again, that particular thing you suddenly remember comes back to you. There’s an abstract understanding of it, but I can’t really recall truly what it feels like for it to be that difficult. It’s an academic understanding, but not an emotional one. But then when you’re doing it, you get that emotional one back again and you think, “Oh shit, here we go again.”