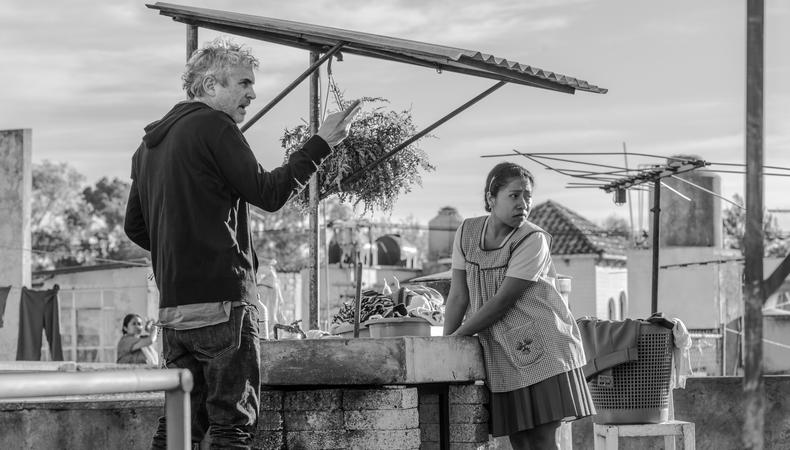 The Venice Film Festival closed its 75th year Sept. 8, and already the industry is abuzz with predictions of awards to come. The stalwart film festival, this year hosted by Italian actor Michele Riondino, has welcomed the biggest and brightest of the film business to Lido ever since 1932. Guillermo del Toro, who won the Golden Lion prize last year for his film “The Shape of Water,” a Fox Searchlight production that went on to take home four Academy Awards, headed the 2018 jury.

The coveted Golden Lion award went to director Alfonso Cuarón for his newest project, “Roma.” Cuarón’s connections to the Venice Film Festival run deep; his last feature film, “Gravity,” opened at the fest in 2013, and he went on to win the Oscar for best director. He has also been nominated for the Golden Lion for his films “Y Tu Mamá También” in 2001 and “Children of Men” in 2006, and has hosted the festival back in 2012.

This year’s festival was a landmark one for streaming service Netflix as well, as they acquired “Roma” back in April, and the film will be available for streaming service Dec. 14 in addition to its theatrical release. After being shut out by the Cannes Film Festival earlier this year, Netflix has carved out a space for itself as a serious contender in the international film festival circuit. In addition to their Golden Lion, Netflix had six films at the festival and three in competitions; they scored another win with their Coen brothers project “The Ballad of Buster Scruggs,” which received the award for best screenplay.

Greek director Yorgos Lanthimos took home the second most prestigious prize at the festival, the Silver Lion Grand Jury Prize, for Fox Searchlight’s “The Favourite.” Olivia Colman, took home the Coppa Volpi for Best Actress for her portrayal as Queen Anne in the dark comedy that also stars Emma Stone and Rachel Weisz. The Silver Lion for Best Director went to French filmmaker Jacques Audiard for the Annapurna Pictures film “The Sisters Brothers,” while Willem Dafoe took home the Coppa Volpi for Best Actor for his depiction of tortured artist Vincent van Gogh in Julian Schnabel’s “At Eternity's Gate” from CBS Films.

The Special Jury Prize went to the only female director in the competition, Australian Jennifer Kent, for her film “The Nightingale.” Kent rose to prominence with her directorial debut, the truly frightening horror film “The Babadook.” This year’s festival also honored industry legends David Cronenberg and Vanessa Redgrave with Golden Lions for Lifetime Achievement.

For more awards and film festival coverage, keep checking in at backstage.com/awards-season.