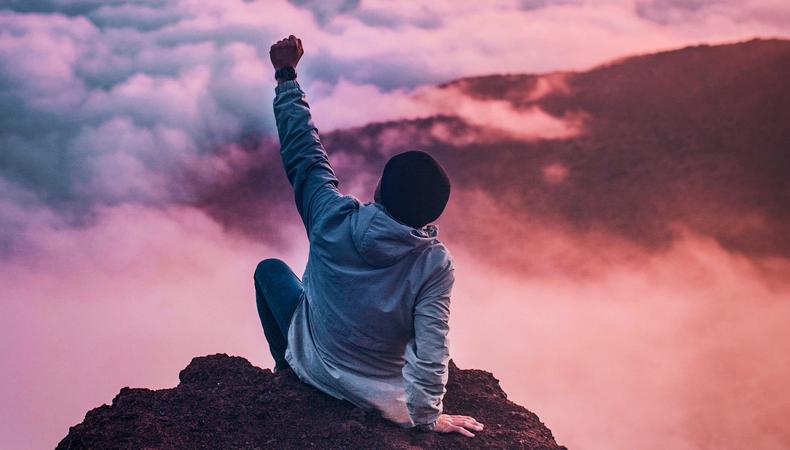 The idea that acting success equals more booked roles shackles many actors. It’s too narrow a version of progress. Success is about building your ladder and many of the rungs that will propel you upwards are the byproducts of doing brave work. Sometimes this equates to landing a coveted role. Other times it’s a different kind of win: a callback or a producer session, or someone from production or casting falling in love with you and your performance and bringing you back in over and over again until you book something amazing.

That’s why it’s possible to guarantee a win every time you audition, even when you don’t book a role. Here are five ways you can always ensure an audition win.

1. Prepare
Too many actors rely solely on their reps for relationship building and establishing allies. Such an attitude is a deferment of responsibility, as there is always a right way for actors to develop such pre-existing relationships. Such relationships are important to have since they will give you a competitive advantage and nurture the overall blossoming of your career.

Also, if you’re someone who experiences anxiety before an audition, keep in mind that nerves can be connected to a host of problematic thoughts and beliefs, though the biggest one is that you require something from this audition process. If you go into the audition with a sense of need, such as needing validation, approval, to be liked, or to book the role, then the balance of power is inherently off. You’ve created a perfect environment for nerves to flourish. In the quiet time before an audition, remind yourself that at the end of the day, you don’t need anything from this experience.

2. Stand Out
The actor’s primary job in the audition is to stand out without screaming. Too many actors bring their fear of embarrassment into the audition and parlay this fear into a performance that oozes a need to fit in, play it safe, and keep things contained. This is a strategy that will ensure you’ll be forgotten.

This also means standing out as yourself when you walk into the room. The person you bring into the room can often have more impact than the performance. Expect to be interviewed as yourself before you start acting. You’ll have to establish you’re someone the production team personally likes, you’re fun to play with, and you pervade zero desperation—that you don’t “need” anything from anyone.

Projecting zero desperation is more about the attitudes and behaviors you don’t enter the room with rather than the vibe you do bring in. That includes avoiding trying to “please” anybody. Getting lost in attempting that will never get an actor a job as it only serves to introduce an element of desperation in the room. This element, combined with an irrational fear of rejection, means that too many actors continue to need things from the audition experience that they need to give to themselves, like self-love or validation.

3. Be Brave
Making courageous choices requires bravery—the kind of bravery that is often born out of the confidence of experience. Every single one of the major feature film and TV roles my clients have booked in the last year was due to the actors making phenomenally brave choices. This was something that the other actors competing for a role didn’t have the courage or guts to do. A talented friend and client of mine recently booked a series regular on a new J.J. Abrams pilot. This actor has years of experience and knew that the best thing to do was to make an incredibly brave choice. She decided to play the comedy like a drama. Some months after she was cast, Abrams wrote her a personal letter describing why he cast her. He essentially thanked her for being willing to take a big risk and cited it as the reason they didn’t need to see anyone else for the role.

4. Let Go
Let go of outcomes and the need to control the piece or the character. The marvelous part of the artistic process is that there are mysterious elements at work that emerge via spontaneity and inspiration. If you have too tight a grip on things, you choke the magic from manifesting. After reading a script or sides, you must thoroughly let go of your idea of how you think it should look or the final rendering. If you don’t let go of the outcome, you’ll always be tethered to your notion of how you thought it was supposed to be. It makes it a lot harder to give birth to a truly brave, spontaneous, fun choice.

5. Follow Up
It’s not enough to simply show up to an audition and deliver your best performance. Your follow-up, either on your own or via an agent or manager, is crucial. It’s part of a holistic strategy to lay claim to important roles. The good news is there’s a right way for actors to do this themselves until they attract high-level representation so don’t be afraid to follow up.

Any audition is like a jump across a yawning chasm. You have to trust your preparation, skills, and interpretation are there so that you can leap with confidence. This confidence is unconcerned with how the wind will hit your face, whether you’ll somersault or sail, or whether you’ll land with both feet together or one after the other. This kind of bravery fosters the magic of winning moments in the audition room that can result in wins beyond booking a role.

Sign up here to get Joseph’s FREE Acting & Career Tips delivered to your inbox, and email [email protected].com to launch your career now from anywhere in the world, or schedule an audit.

Joseph Pearlman
Joseph Pearlman is a celebrity and on-set acting coach for Hollywood’s top actors, musicians, and comedians. He works with clients such as Zooey Deschanel, Skylar Grey, Michael Welch, and Julian Sands, and he also coaches presenters for all the major award ceremonies. Pearlman Acting Academy was voted the best acting studio in Los Angeles by the Backstage Readers’ Choice Awards.
END_OF_DOCUMENT_TOKEN_TO_BE_REPLACED