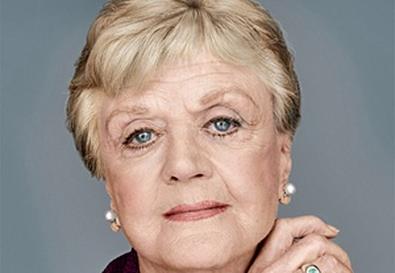 Distinguished film actor, five-time Tony Award winner, star of "Murder, She Wrote" (the longest-running detective drama in television history), and currently co-starring in "A Little Night Music" on Broadway, Angela Lansbury is now also the honorary chairwoman of Career Transition for Dancers. With offices in New York, Los Angeles, and Chicago, the organization provides counseling, scholarships, workshops, and resource centers—all free of charge—to help dancers establish themselves in new careers when dancing is no longer an option.

But why would Lansbury, a performer known largely as an actor and a singer, commit herself to an organization designed specifically to serve dancers? "Because when one is playing a leading role in a musical production on Broadway, the folks you are most in touch with are the dancers," says Lansbury, who has performed such roles in nine Broadway or Broadway-bound musicals, including "Anyone Can Whistle" (1964), "Mame" (1966 and 1983), "Gypsy" (1974), and "Sweeney Todd" (1979). "They are the ones who surround you, who make you look good, particularly if you are just a 'sometime' dancer."

Though Lansbury studied ballet and tap dance as a youngster in England, she credits the gifted choreographers and ensembles of "real" dancers with whom she has worked for making it appear as though she were "keeping up with them" dancewise. While she recognizes that today there are more real dancers taking on leading roles in Broadway musicals, in her day, she says, "an acting-singing star of a show really put herself in the hands of those brilliant, highly trained specialists in dance. That's why I have such a fondness for dancers. They are very much a part of the fabric of my memories of musical theater."

Lansbury also harbors fond memories of the choreographers who created the dances for the shows in which she appeared. "In 'Mame,' " she says, "I worked with Onna White, who had a marvelous vitality. But she was a hard taskmaster. When I was in that show, I had to go back into dance training. I had to really dance—not just faking it—in the big 'Mame' number, and also in 'That's How Young I Feel,' which required me to jitterbug. But I felt very free and very comfortable doing it. I felt like a dancer."

Another Broadway choreographer whom Lansbury praises effusively is Donald Saddler. "He did wonderful work with me for 'Dear World'—very, very stylized late-19th-century French dancing," she says. "He was the original choreographer, but Joe Layton took over the show and changed a lot of stuff—to its detriment, as far as I'm concerned. Don't get me wrong: Joe was great. But Donald really understood the period nature of the piece." She urges dance buffs to check out YouTube, where one can see clips of the original "Dear World" choreography, filmed during the show's Boston tryouts.

In addition to her stage work, Lansbury has enjoyed a prolific career as a movie actor, appearing in such films as "Gaslight" (1944), "The Harvey Girls" (1946), "The Manchurian Candidate" (1962), and "Bedknobs and Broomsticks" (1971). Choreographically, "Bedknobs and Broomsticks" is best known for the impressive comic animation sequence for which choreographer Donald McKayle created ingenious effects that were especially difficult to accomplish with the limited technology of the times. Lansbury praises McKayle's inventiveness and the original research he did on World War II–era English street dance, and she regrets the loss of a delightful dance number he made for her to the song "A Step in the Right Direction." The sequence was cut when it was discovered that the film was too long to be shown at Radio City Music Hall, where movie screenings then were accompanied by a stage show. Though the original version of the film has since been mostly restored and is available on DVD, sadly, the footage of that sequence has been lost. You have to make do with Lansbury's vocal track over a montage of still photographs from the number as an extra.

In her work as an actor, Lansbury has always employed knowledge gained from her dance experiences. "How you use your body in developing a character is aided tremendously by the awareness you gain from dance training," she claims. "People have always talked about the different walks I've used for various roles. I'm sorry, but nobody walks the same way. Being aware of your legs and hips, and how you're using your upper body in relation to them, is all part and parcel of becoming a character."

Lansbury advises actors to take advantage of as many different kinds of training and performing opportunities as possible: "I'm working now with Catherine Zeta-Jones. She's an Academy Award–winning film actress, but she started her career as a dancer in London musicals. And it was that training that made her absolutely ready for something like 'Chicago.' "

In terms of her own career path, Lansbury notes, "The first thing I ever did was cabaret. When I came out of drama school, all ready to be a serious actress on Broadway, the first job I got was doing a solo act in a nightclub. Then, instead of going into musicals, I went out to Hollywood, because it was cheaper to live in Los Angeles than in New York." It was only after building a long and venerable career in films that Lansbury finally came to Broadway. "When you get the opportunity to do something that seems above and beyond," she says, "or way off center of what you think you should be doing, if you feel you can bring something to the project and do it well, it will often lead you to the thing you really want to do."


For further information on Career Transition for Dancers, visit www.careertransition.org.