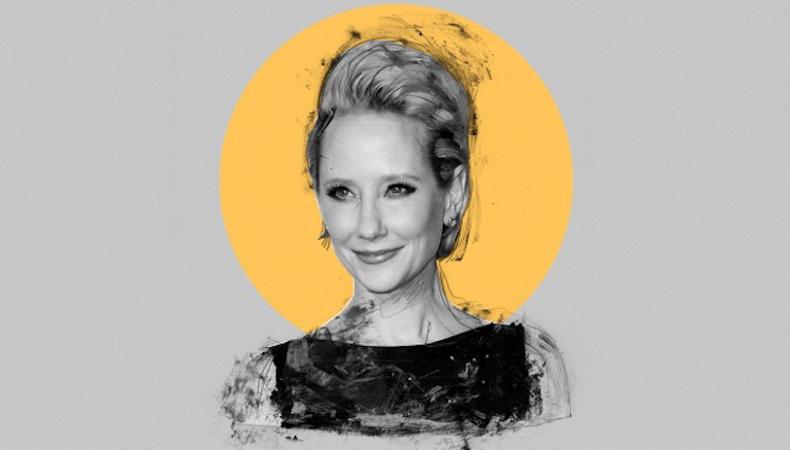 Anne Heche is in Afghanistan. Or Nigeria. Or Mexico. Or whatever country Albuquerque, New Mexico, can be fashioned into. The seasoned actor is shooting in the geographically chameleonic locale for NBC’s military drama “The Brave,” on which she plays Patricia Campbell, the head of operations for the Defense Intelligence Agency. Here, Heche discusses playing Patricia and her most memorable early-career gigs.

What has working on ‘The Brave’ added to your acting skills?
I do feel like I’m growing a lot as an actor. It’s a very physical role, but the challenge of her is to get out my giddiness. I wouldn’t say I’m one of the most serious women in the world, but I do feel very honored by being asked to represent a woman of this stature and this position. Accessing that part of myself that believes that I could pull this off is probably the most challenging. It’s holding that knowledge, because there are people that do this in the world and I want to respect that.

She seems like a very badass, in-the-game woman. It’s mind-boggling that there are actual people like that.
It’s mind-boggling to me, too. I’m learning more about the world. This show is interesting in terms of the conversations that it will allow families to have. We’re talking about not only politics, but the military. Right now we’re [shooting scenes set in] Afghanistan in a Taliban prison. Even arming myself with the knowledge that I need to have to pull off what I’m doing is like going back to school.

How do you prepare to audition for a role like that?
Fortunately, I was offered this role. When I was approached by Dean Georgaris, the creator, he really wanted to do a show about the humanity. The woman that I’m playing makes life-and-death decisions. She sends her team into the most dangerous situations anyone can encounter, but she’s deciding who lives and who dies within that mission. I’m old enough to have achieved this position, but I think the connection Dean made with me is that the decisions I make in the world have been bold, they’ve been truthful, and Patricia is a woman who holds the truth as her guide. If there’s anything that I felt more respected in being understood to be able to play this role, it’s that.

What was your most memorable survival job?
I was babysitting for a family to make money for rent. They owned a dinner theater and they needed a young girl to sing, so I auditioned and started paying my [family’s] rent when I was 12 years old. Then I moved to Chicago and I worked two jobs there: I scooped Häagen-Dazs ice cream and bagged groceries. Then, when I was old enough to lie about my age and get away with it, I became a hostess.

What special skills do you have listed on your résumé?
I’d love to say juggling. You do learn things on this job: I know how to shoot a gun. I know more about weaponry now [than I would have] had I not done [“The Brave”]. We do a lot of running on the show; we’re often running from bombs. Everyone’s in shape—it’s very intimidating.

What was your first headshot like?
It’s funny, I don’t remember! [Laughs] I wrote a book and on the cover of the paperback was a picture of me when I was 6 years old—most likely that was my first headshot.

What advice would you give your younger self?
I would’ve taken more advice and asked more questions. I was a bit of a wild animal, as my agent used to describe me. I didn’t have any connection to show business or people who could guide me through it. I met many people who wanted to help, and I didn’t see they were trying to help me because I was trying to be strong and do what I thought was right. Listen to people. Open up your heart enough to know that people are trying to help, because they are.

It’s crazy how quickly headshots age nowadays, because you can pull up someone’s Instagram to find a more recent picture.
Totally! A lot is gone with social media, and privacy is one of those side effects. Mystery gets lost in all of that. We should all evolve, but there are parts of the privacy of being an actor that allows you to have more mystery, so when you get onscreen people actually buy you as a character. Now, it’s a little bit harder because everyone is showing their personality, they’re sharing what they’re eating. Acting, you want to be able to disappear. I want people to believe that I’m Patricia Campbell.

It’s like if Kim Kardashian became an actor and audiences couldn’t separate her brand from the character.
And trying to keep that communication open and yet keep yourself an entity that can be seen as someone that’s different is important to me.

The attention to detail on this show is really impressive, from the training to the militaristic situations.
Mike Vogel [Captain Adam Dalton] is not a pretender. He was going to go into the armed forces, and he made the choice to stay with his family and has trained his whole life as if he is a SEAL. Our trainer is on the set with us every single day, he’s a retired SEAL, to make it just that sharp.

Do those little things help you as an actor feel more in character?
The less we act, the better. From costume to hair to makeup to script, the more detail that’s put into everything makes us relax and tell truthful stories.

How do you tap into that frame of mind?
It’s a fine balance between acting and not acting. When the cameras roll, you are hopefully not even thinking about that. When I was on a soap opera I thought, I’m probably getting the hang of this job when I forget what I did when they yelled cut. That’s my goal: you do your preparations, you know your words back and forth, you’ve navigated the scene, you come with all of that prep, and it has to all fall aside so you can be present.

Does that take years of practice or do some people innately have that?
I think both. I’ve never taken a formal acting class, but I was on a soap opera for four years, which some people consider the best training in the world and some consider the worst. [Laughs] I considered it my college. It’s a combination in any job of your innate talent and the gifts you receive from the universe and the hard work you put in so you have tools to fall back on. When you don’t feel like you’re relaxed, when you don’t feel like you can access the present, you want to have a bunch of things you can pull on so you can deliver. That’s what training does.