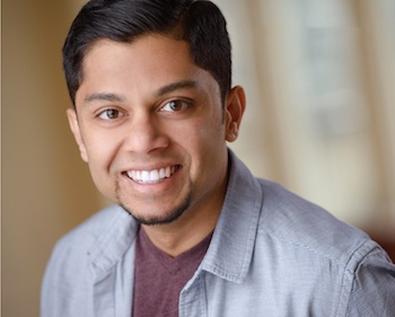 Funny man Mahesh Kotagi is a frequent fixture at Backstage University, and one of several actors called in for a major electronics brand commercial after meeting CD Lori Malkin at last month’s Actor Networking Event. Though he’s no stranger to the New York comedy scene—he’s been featured on the “Big Brown Comedy Hour,” the “Best of Broadway Show” at Broadway Comedy Club, and produces and hosts the “Comedy Melting Pot Show”—Kotagi has found an outstanding resource in Backstage University. “It’s been fantastic so far,” says the Kotagi. “Backstage provides plenty of chances to network and meet excellent industry contacts. It’s also always great to meet your peers and build a strong network of friends.”

Kotagi takes the business seriously, and his hard work and enthusiasm pays off. After showing up to last month’s networking event ready to build new contacts (and long-term relationships), Kotagi impressed Malkin enough to be called in for a major commercial only a few days later. “I think it's so important to be proactive about your career—if you don’t care enough it’s hard to get anyone else to care about it.”

Whether you’re meeting your next audition buddy, business partner, or collaborator, or making a strong impression on CDs and agents that can give you the immediate career boost you need, the Backstage Actor Networking Event opens the door for creative opportunities. See Kotagi perform at clubs and colleges all over the country, and run into him at Backstage University: “Great people, great classes—I definitely recommend getting involved with Backstage University as much as possible!”

Find Kotagi @maheshkotagi on Twitter and on his personal website, and join Backstage at our upcoming Actor Networking Event on July 8.