Antonio Banderas Reinvents Himself in "The Skin I Live In" 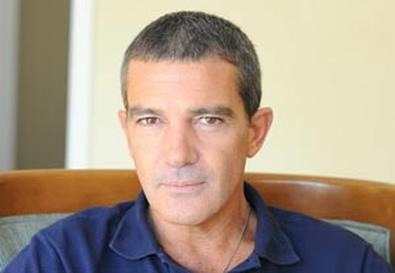 Photo Source: Jamie Painter Young
Talk about range: Antonio Banderas has two movies hitting theaters in October, and they couldn't be more different. On the 28th, his dashing hero from the "Shrek" movies earns its own spinoff with "Puss in Boots," in which the actor voices a sword-fighting cat. And this weekend, he will be seen as a psychopathic plastic surgeon obsessed with creating a synthetic flesh in Pedro Almodóvar's "The Skin I Live In."

Banderas will be the first to admit he owes his career to Almodóvar, the brilliant Spanish filmmaker who discovered the actor in a play when he was only 19. The two began a collaboration that launched Banderas' career, with such films as "Women on the Verge of a Nervous Breakdown" and "Tie Me Up! Tie Me Down!" But it's been more than 20 years since they have collaborated, during which time Banderas has become an in-demand actor in America on screen and stage—not to mention in recording booths, where in addition to Puss, he has been heard as the voice of the Nasonex bee.

But "The Skin I Live In" proves that the re-teaming of these artists was well worth the wait. It's a twisty and twisted tale of a plastic surgeon who keeps a young woman imprisoned as his personal guinea pig, and the less known about the film before seeing it, the better. It's obviously a passion project for Banderas, who delivers perhaps the best performance of his career as a character who earns, then loses, our sympathy. On this sunny day in L.A. a week before the film's release, Banderas is tired but eloquent when discussing the movie and his future projects. He poses gamely for a photo with a woman who says she's taking the picture for her mother. "No woman in the world, for years, has asked me for a picture for themselves," he says with a laugh. "It's always for their daughter or their mother." He even lets slip a little about future plans; when discussing workshops he's in for a revival of the musical "Zorba," I ask hopefully if this means he will return to Broadway, where he was last seen in "Nine," which earned him a Tony nomination. He states, "If [producer] Barry Weissler can wait for me till 2013, I'll be there!"

Back Stage: You did your first films with Pedro but haven't worked together in over 20 years. What took so long?

Antonio Banderas: Actually there were a couple of close calls. He'd called me before, twice, but I was signed to do something else, and contractually I couldn't get out of those things. I mean, I could have done it, but legally I would have had a lot of problems. But everything happens for a reason, I suppose, and it was meant to be like this.

Back Stage: When did he first pitch you the idea behind "The Skin I Live In"?

Banderas: He approached me at the Cannes Film Festival of 2002. We had a conversation, and he said, "I just bought this novel from Thierry Jonquet called 'Tarantula,' and I would like to make a movie with it, and I would like for you to play the main character. Give me time because I have to put it together in my mind—I don't know if I'm going to do an adaptation or if it's just a source of inspiration for me." He took almost 10 years just to put it together. [Laughs.] Pedro always has four or five projects at the same time in his head, and sometimes one of them will just take off, and he flies with it.

Back Stage: So when did you finally get a script, and what was your reaction?

Banderas: I was in New York, workshopping "Zorba," and I came out and got in my car, and there was a call from Pedro. I said, "Hey, what's up?" He said, "It's about time." He sent me the script, and when I read it, even knowing the fundamental premise of the story, it still surprised me. I laughed and I was scared, and what surprised me the most was the narrative process he used, the games he played with time. The first part of the movie is so full of questions; we don't know a thing. We learn a little about my character, that he has a messed-up past with his wife and daughter, which creates certain empathy for the character initially. Then the disturbing answers come out. The feeling was almost like a roller coaster. The first part of the movie is when you're going up…then—whoosh!—here we go!

Back Stage: Did you find you and Pedro instantly fell back into your old shorthand? Or was the experience different this time?

Banderas: When we started working, it was difficult. We had two months of rehearsal time, and Pedro doesn't like when you come with a bag full of tricks or spirits, so to speak. He said to me, "We don't want to use the things we used to play with when we were doing movies in the '80s, Antonio. We have to actually get in the mud and reinvent ourselves. So forget about those things; we have to see where we're going to take this character." And he started talking about economy from the beginning, about containing the character, to make him almost a canvas on which people could write their worst fears. Not to comment at the audience or wink or play a villain. He said, "Just be natural; he should behave like a family doctor." The psychopathy of this guy should be undetectable; these guys meld very well into society and are very difficult to catch. He should be brilliant and charming and polite; he's good at what he does. So we started walking that path, and it became unbelievably interesting.

Back Stage: What's interesting about your character is how he isn't a traditional villain; for the first part of the movie, we think he's the hero.

Banderas: That is very interesting; in mainstream movies, it's impossible to do that. The villain is a villain, the good guy is a good guy, period. But Pedro doesn't play that game. He plays with human beings. And they have many different aspects.

Back Stage: Was he a difficult character to get into? How did you approach him?

Banderas: I didn't want to judge him; I just tried to portray him like a family doctor. There is a scene where he's instructing someone how to use a dildo, for example. It's very menacing, but the way I play it, I am talking about a prescription of pills there. In my mind, I'm saying, "Take two in the morning, two in the afternoon, two at night with a glass of milk." That's it. And that is the secret to that character; if I would have been winking an eye, we would have gone to another universe. In the mind of Robert Ledgard, he's not doing anything wrong. In fact, he's almost expecting gratitude from his patient.