The Apocalypse of John 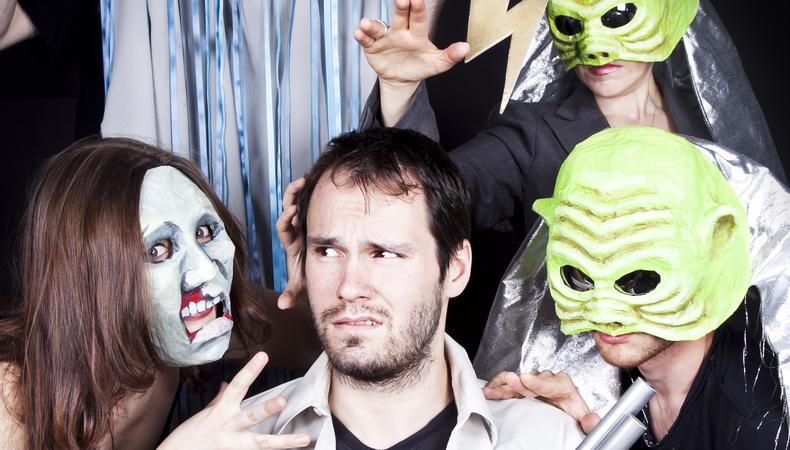 What will it take for an unambitious party guy like John Darrian to get his act together? In “The Apocalypse of John,” a scatterbrained comedy co-written by director Lizz Leiser and six other members of the Serious Theatre Collective, the titular burnout must weather no fewer than six global cataclysms—zombies, aliens, plague, nukes, storms, and the devil—all skillfully rendered by prop, puppet, and mask designers Ursula and Norm Stuby.

Sometimes John’s adventure gets convoluted, thanks to the byzantine supernatural rules at play—he is the only one who can see the portents of the ending world—and the minutiae of his advertising career; but the cast is game, particularly the commandingly funny Michael Drummey as John’s unscrupulous boss. The flappable John as played by Michael Mraz retains a lazy frat-boy charm throughout, and his meandering quest to the literal ends of the earth entails plenty of laughs.