The App That Acts as a Personal Speech Coach 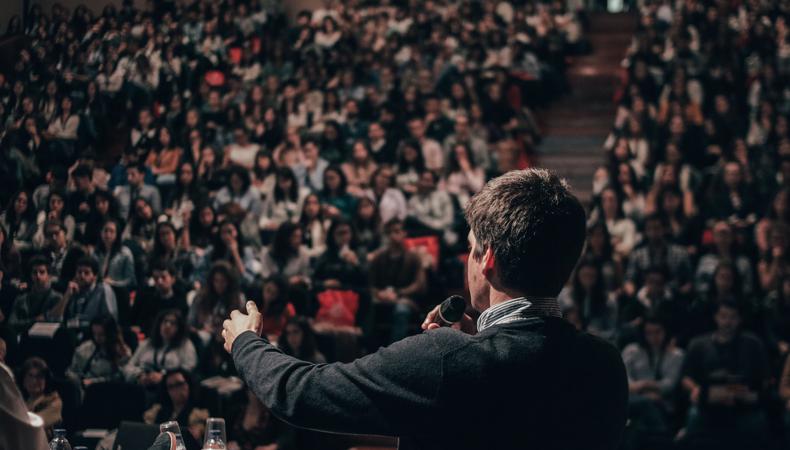 Audrey Mann Cronin may be the president of her own public relations firm, but her background is in theater. Maybe that’s why she’s so fascinated with the way people speak. Cronin created LikeSo, an app that acts as a personal speech coach; it catches vocal tics and shows you how many words you speak per minute, and tracks your progress over time.

How did this get started?
[When] my daughter was 14, [she] started to use “like” and “y’know.” I didn’t want her to fall into this verbal trap and have my son start doing it, too. That same week, a colleague reached out to me about three competent women who [made him cringe] when he heard them talk because they used filler words and uptalk. I felt like there should be a solution. I hooked up with a friend and said, “What if there was an app that used voice recognition technology to work on pacing and word choice?”

How can an actor use this?
One of the first people I spoke to was a friend of mine who has gone on to be a successful TV writer. He said, “I have so many actors who come in and do readings and they use fillers and uptalk and have vocal fry. They don’t sound as smart as they are.” These tics are completely behavioral. He said, “If two people come in for an audition and one speaks beautifully and articulately and the other doesn’t, I’m going to go with the articulate one.”

READ: 2 Speech Patterns That May Be Costing You Jobs

What advice did they give you to help create the app?
People are so judgmental, and the way we speak is a tribal form of bonding, but when you get to that interview or audition, my niece, [who’s an actor], put it as “What happens in rehearsal ends up onstage.” It’s all about practice. The new update builds out that motivation; you have to have awareness but you also have to practice. Now we have something that’s like a fitness tracker. It’s not super scientific and diagnostic, [it’s] more motivational and helpful and fun.

How did your theater background affect the genesis of LikeSo?
Well, I really hit the road when I was in a meeting with all men, and I wanted to have my voice heard, be respected, and speak in a way that compelled people to listen. My theater training taught me how to use my voice. I was a very shy kid, but had no problem singing in front of people. I was able to perform. I’ve done this with my teenagers, too. Go give that speech, raise your hand.

Do you have advice for auditioners?
Brave the pause. Pausing is fine, instead of [saying] “like” or “y’know.” We want to dress for success, but speaking to impress is important, too.

Is your voice already where it needs to be? Check out our film audition listings!