How Not to Approach an Agent via Email 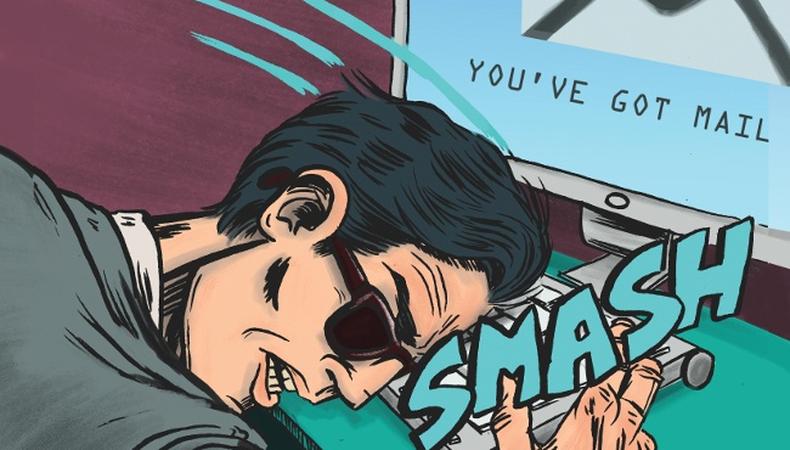 I’m not the most computer-savvy guy in the world. That’s why my assistant is worth her weight in Netflix stock. She can make that magic screen dance and she’s always pointing out shortcuts I never knew existed.

Like just the other day, I was railing about the “beep” my computer makes every time an email comes in. When I hear it, I start to salivate because it could be a casting director getting back to me with good news. Unfortunately, more often than not, it’s just another actor submission. So when my assistant showed me how to shut the sound off, I made a mental note not to forget her again this coming Christmas.

Anyway, I thought it would be fun to share some of the submissions I get and my real-time response as I read them. I changed the specifics to protect the senders and I also cleaned up the horrific grammar. Enjoy!

When I clicked on his résumé, I saw he had no professional credits. He wasn’t even in the union. So I’m not sure what Jose meant when he described himself as “an experienced” actor.

“I saw that you’re looking for new talent and wanted to contact you in the interest of meeting about potential representation.”

Where did you see that? Did my company put up a billboard without me knowing about it?

“My name is Annie Flanagan and I just appeared in the film ‘Grimm Avengers’ alongside notable actors such as Lou Ferrigno and Casper Van Dien.”

Maybe it’s me, but when I hear the words “notable actors,” I think of Edward Norton and Emily Blunt, not the original Hulk and the guy from “Starship Troopers.”

“I can solve all your problems.”

I’m sure my doctor, therapist, and AA sponsor will be thrilled to hear that.

“I am an actor who plays characters.”

“We met at a workshop about 10 months ago and I wanted to check in to see if you would be interested in sitting down with me.”

Seriously? I don’t remember my sister’s middle name. You think I’m going to remember an actor I met 10 months ago?

“I’m looking for representation who is willing to match my work ethic and determination. You are a respected talent manager who has a proven ability to open doors and groom performers. If the stars line up maybe I will be hearing from you.”

There’s so much wrong here. The actor claims to have a great work ethic but he calls me a manager when I’m clearly an agent. And I wouldn’t bet on an astrological configuration to get a meeting with someone like me.

“I promise not to tell anyone but I’m pretty sure you’re Secret Agent Man and I love your columns. Any chance we can meet and discuss representation?”

Keeping my identity a secret is a contractual obligation. Do you really think I’m going to ruin that just because an actor I’ve never met sent me an email? Then again, you did promise not to tell, so I guess I can trust you....