‘Archer’ Star Amber Nash on How to Become a Voiceover Actor 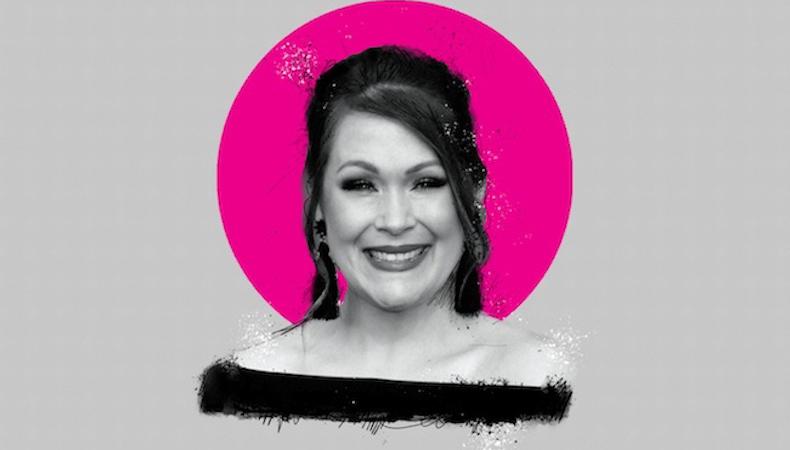 When Amber Nash chats on the phone, some of the most common feedback she fields is “You sound just like Pam!” That’s Pam Poovey, her animated alter ego on FXX’s “Archer.” (“Danger Island,” the series’ ninth season, is now airing.) “I’m always like, ‘My voice is so different than Pam’s!’ ” Nash says. Nash has picked up more than a few tricks from giving life—and voice—to a fan favorite.

How do you typically prepare for an audition?
If it’s early, I’ll drink something hot in the morning. I always have water with me, especially when I’m recording. I’ll do some vocal warm-ups, nothing too strenuous. Preparing for an audition is more about preparing character-wise than it is preparing myself physically as an actor. If I’m lucky enough to get an audition for an animated series that has a picture of the character, that’s so helpful for me. You get to see what they look like and you can decide what you think that character will sound like.

READ: Why ‘Archer’ Is a Voice Actor’s Dream Job (and How to Get Cast!)

Have there been any auditions or characters that have stumped you?
Yeah, totally. Even if you don’t know, a strong choice is better than no choice at all. If I make a strong choice, it’ll at least be memorable. I try to do that all the time when I’m improvising. At least they’ll know I’m capable of making strong choices.

Have there been any choices that backfired?
This happened in an “Archer” episode, when Rasta Pam was a thing. Pam had dreadlocks, and she was in Jamaica for whatever reason, and they asked me to record the whole episode with a Jamaican accent. I was like, “Guys, I don’t have a Jamaican accent. I’ll do my best approximation of that.” They also didn’t tell me beforehand. We recorded a whole episode with a Jamaican accent that was terrible, and the next time I came in to record the next episode they were like, “We need to do a pickup of the last episode and re-record all your lines.”

What advice would you give to actors looking to get into voice work?
Everybody has a different way that they got into voice acting, but one of the things I often tell people is you have to be so patient. With regular acting, there are so many people auditioning for a role. With voice acting, it’s even crazier because of technology. I can audition for a role from my closet, and so can many people all over the world. It can be a tough place to break in. To get into it in the beginning, you have to have a reel. A lot of people are like, “You can’t have a reel if you haven’t booked anything,” but I think in the very beginning you have to put stuff on your reel, whether you’ve booked that job or not. As far as voice acting goes, it’s not a separate entity from acting. You have to develop yourself as an actor in order to be a voice actor. One of the things that was so helpful to me when I was coming up is improv, and I still do improv today. If you’re doing kids’ programming and you want to have a lot of different types of voices, improv is a great place to develop different kinds of voices for character work. And don’t be afraid to work for free. I know in the beginning, I did spots for radio stations, and I was able to work for free or very cheaply just to get experience and stuff for my reel.

What advice would you give your younger self?
I got so lucky that I got [this] job without having any voice training. Maybe I wouldn’t have got it if I had. I think early on, once I did start working, I should have jumped on getting as much instruction as possible and going and taking classes and workshops. When “Archer” happened and I realized people really loved the show, I sat back and was like, “The phone is going to be ringing off the hook now!” That’s not the way it works. I still needed to work really hard, and I figured that out a couple of years later.

What special skills do you have listed on your résumé?
Because I come from a comedy theater background, I’ve been able to do a lot of really stupid things in my career. One of my things that I’ve always loved to do, for whatever reason, is playing old men. I was really lucky that early on I got to play Ebenezer Scrooge in a production of “A Christmas Carol” that my theater did. Years later, we did a web series called “Hart of America,” and I got to play this creepy old man as the narrator of that series.

What about being an old man is alluring to you?
Honestly, it might be that I don’t have to worry about being attractive. I think sometimes, but particularly in comedy, there’s this weird cross-section of needing to be attractive or feeling that to be accepted you have to present yourself in a way that’s proper and correct. That does not jive with comedy a lot of the times. Being able to hide behind this creepy old man character that doesn’t have to be attractive—where it’s better if they’re scary looking—opened up a portal for me where I felt like I could be unrestrained in my comedy.

Do you get that from voice acting, too?
Totally! You’re voicing a completely different character that you’re not responsible for. Someone else makes that character look good or bad. I can hide behind it. When I go in to record, I don’t have to worry about hair and makeup, or what I’m wearing, or if I’m bloated because I ate too much salt the day before—all the things regular actors have to think about.

What has working on “Archer” added to your acting skills?
I’ve learned a lot on the fly. I learned how to distill down all the things you have when you’re acting with your full body, but getting that out through my voice. I still get excited when I go into the booth to figure out how to make it work. If something’s particularly physical—there’s lots of fighting and running that happens in episodes of “Archer”—getting that out through my voice has been a really fun thing to learn how to do.

What was your most memorable survival job?
I wrestled at a strip club. [Laughs] We had a wrestling-based improv show, a parody of a WWE-style wrestling show. We had a professional wrestler teaching us how to wrestle. He’s like, “Amber, you’re pretty good and we don’t have a lot of women. I have this gig where you wrestle at a strip club. It pays $75.” And I was like, “Yeah, I’ll wrestle at a strip club for $75.” I was fully clothed, so the idea was that whoever lost the match would have to strip down to her bra and panties—but I always won.

Want to get into voiceover? Check out Backstage’s voiceover audition listings!